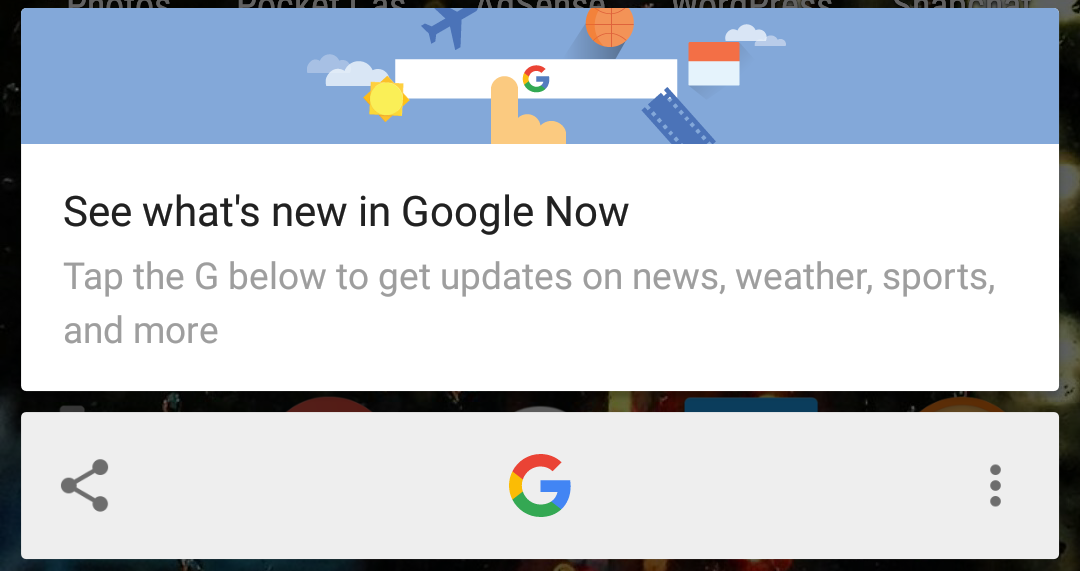 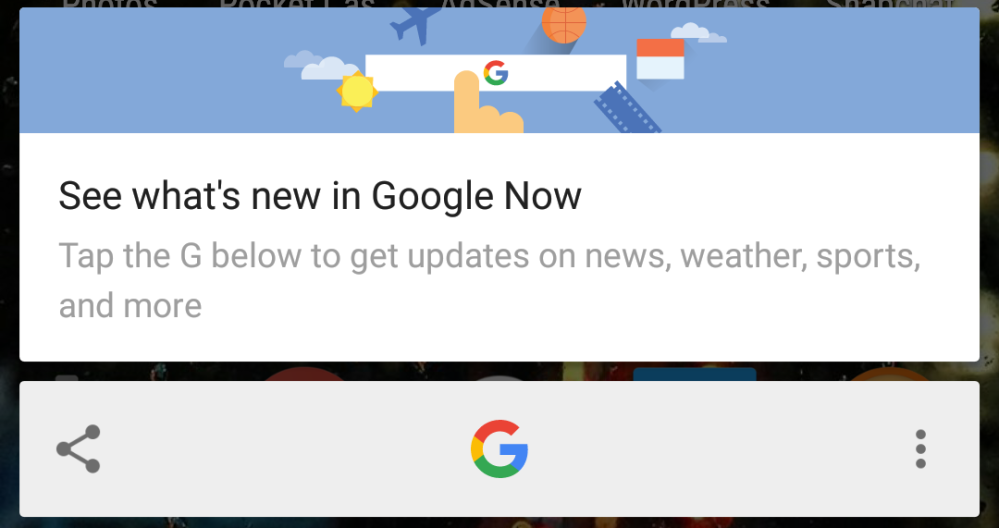 For all the features the Google app has added, it still does not have any image recognition capabilities. Google Goggles from 2010 could recognize book covers, landmarks, and even solve Sudoku, but was ultimately discontinued due to a lack of use. However, Now on Tap has gained some of those features in a recent update.

The most recent Google app beta (5.10.25.19) adds Optical Character Recognition to Now on Tap. Activating Now on Tap on an image will scan it for text and bring up any relevant cards. Users can scan images from a browser or camera roll, as well as from a live camera preview. However, the latter feature has questionable performance and consistency.

OCR is a useful addition to Now on Tap, but is still far from the features Google Goggles had back in the day. Today’s current take on image recognition is very much dependent on the presence of text. As seen with Photos, Google can do much more advanced object recognition.

This feature is still clearly in beta and requires more work before a wider release. However, it is definitely useful, especially for people who take photos in order to remember something for later. As Marshmallow adoption increases, the nearly six month old contextual search feature needs to get more powerful before more people will come to rely on it.