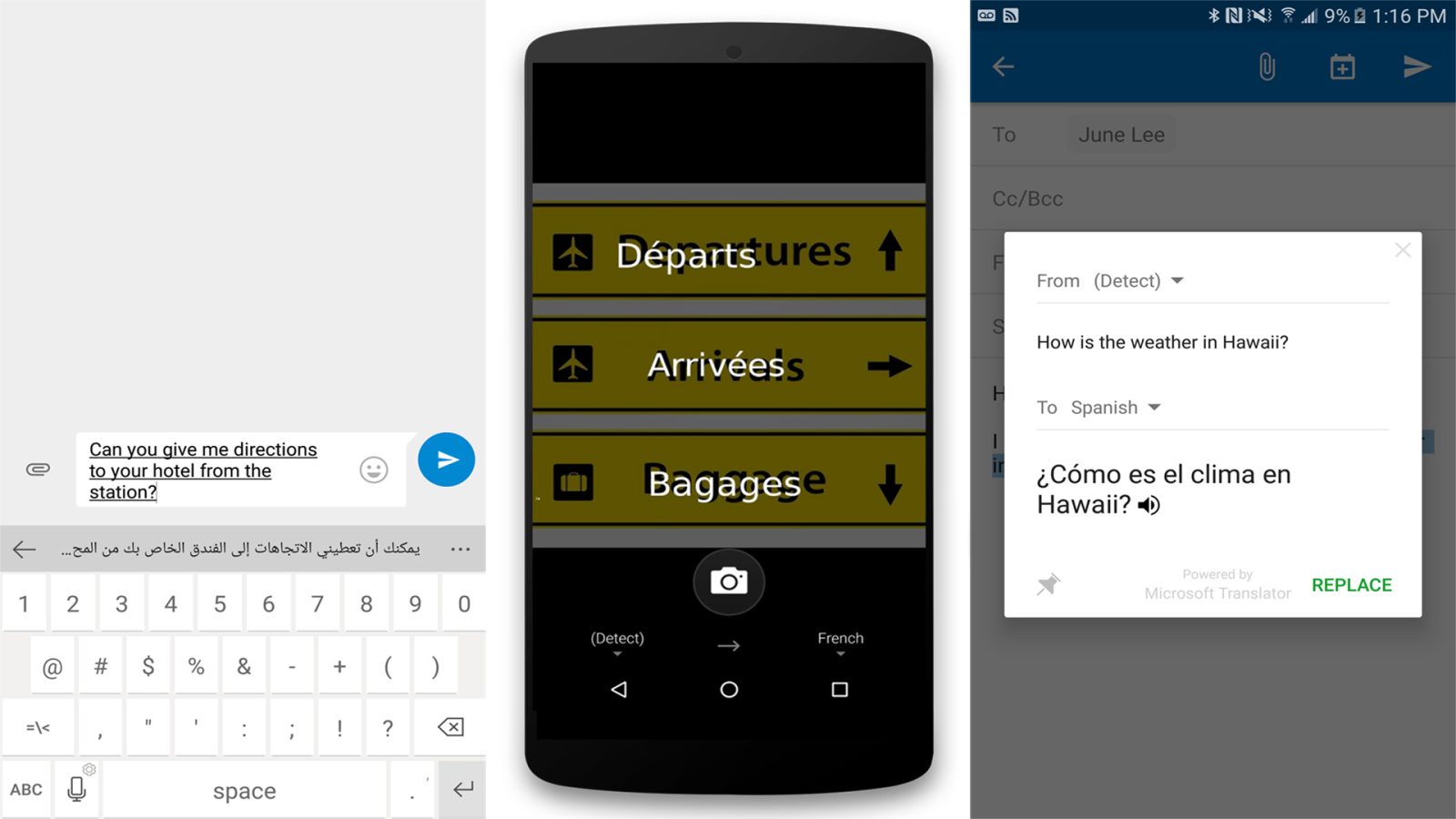 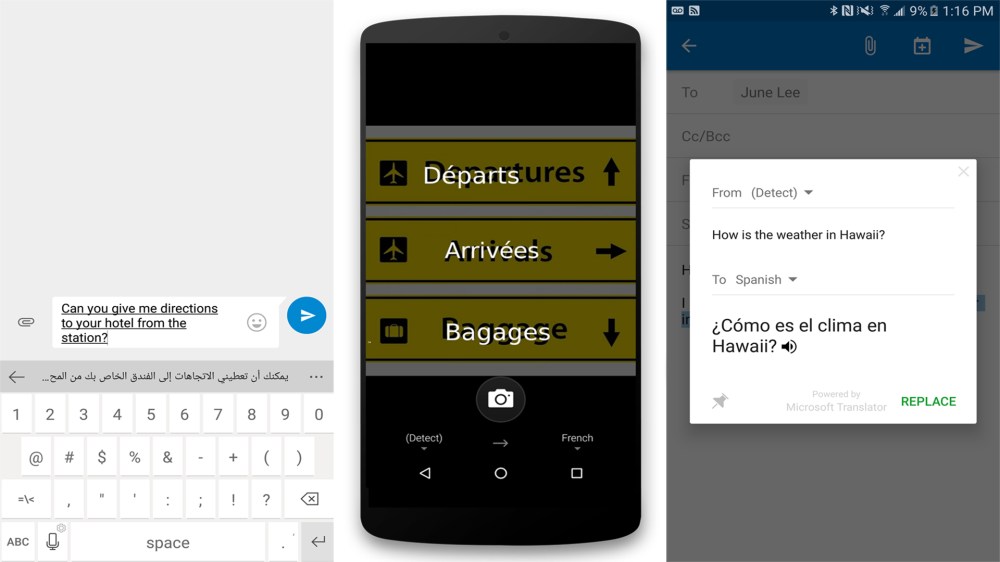 While English is without a doubt the most common and prominent language in the world, it goes without saying that it’s not the only one, and that people often travel and want to understand what the words around them mean.

Multilingual dictionaries and translation apps come in handy, of course, but much like Google last year, Microsoft is taking a step ahead with its Translator app, giving it a few new features that will allow it to scan and translate on the fly…

The Android app’s update, which begins its rollout today, will now allow users to simply point at a sign with their camera and have an instant translation displayed on their phone.

The app is also introducing a particularly useful, system-wide inline translation engine: when detecting a foreign word, all you will be required to do is select it and open the extended menu by tapping the three-dot button (beyond copy, cut and share) which will give you access to a “translate” option, which triggers a pop-up windows that will do the work for you.

There are 43 supported languages, and all work even offline; Microsoft says that “the downloadable language packs use Deep Neural Networks, also known as Deep Learning, a state-of-the-art machine learning technology that are able to deliver online-quality translations without an internet connection” to make it work. “This Deep Neural Network technology provides the highest-quality offline translation available on the market.”

Last but not least is these features’ porting over the company’s Hub Keyboard: by pressing the Translator icon within the keyboard, you will just need to type in the sentence and select an output language, and tap that instead of the original writing. The Hub Keyboard preview is now available in the US, UK, Canada, Australia, Ireland, New Zealand, India, Singapore and the Philippines.