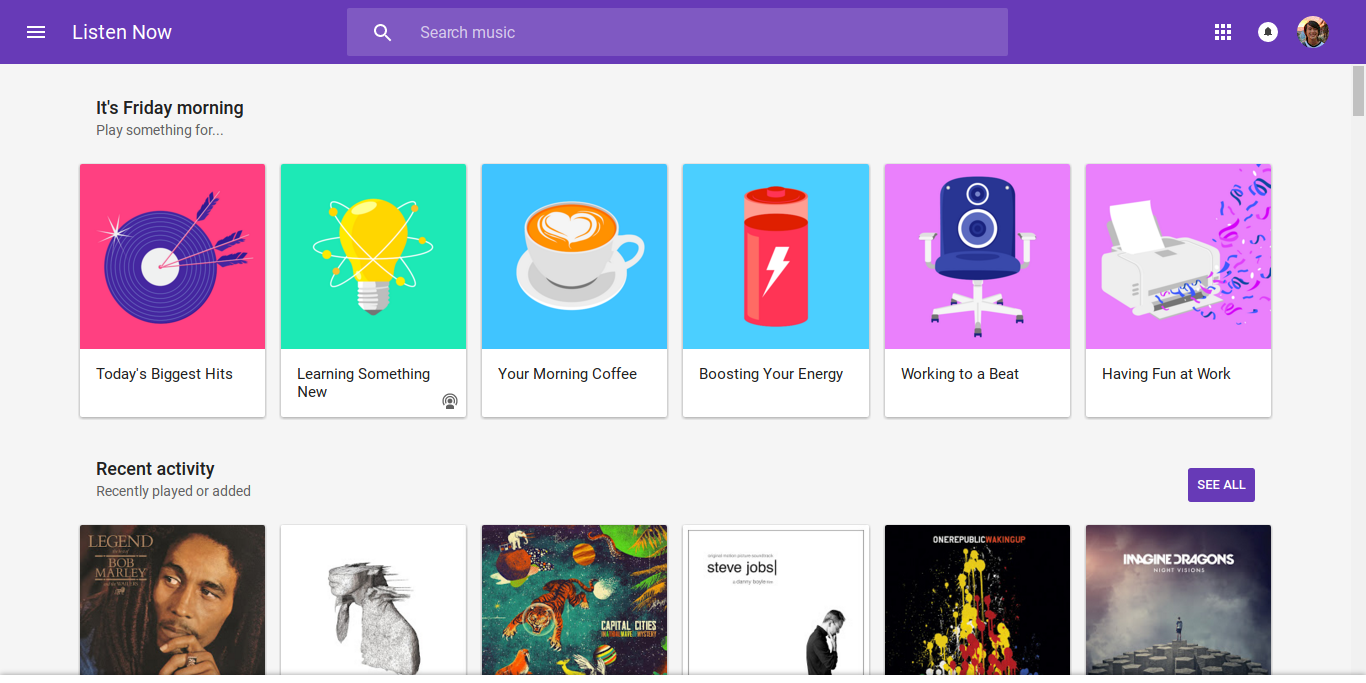 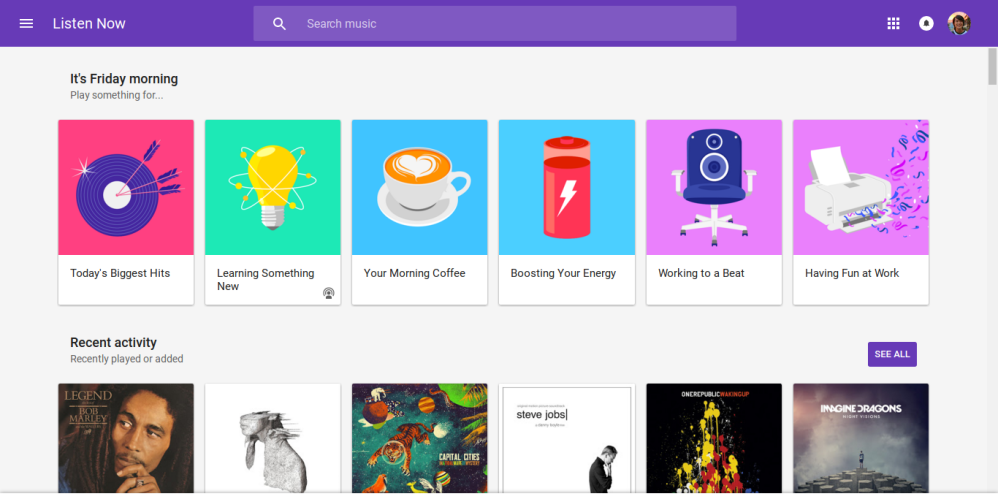 After a months-long wait, Google Play Music finally added podcasts features earlier this week. To pay homage to the passing of music icon Prince yesterday, the web app has since adopted a purple theme. Additionally, some users (via Android Police) are now seeing a new search bar in the Android app.

The Play Music app on the web currently sports a purple top bar, with other previously orange icons, buttons, and other UI elements doing the same. Purple is a reference to Prince’s sixth album, movie, and song Purple Rain. Additionally, the Google logo turned purple with splashing rain drops yesterday. Google Trends also just tweeted that Prince made up 29% of all US searches yesterday.

On another note, Google also seems to be A/B testing a new search bar in the Play Music app. Instead of a top bar, there is now a search bar that prominently says Google Play Music. There’s a Cast and voice search button at the very right, while the hamburger menu button remains to the left. The app’s status bar remains orange with the new design.

I do not yet have the A/B test on any of my devices, but overall the app looks much cleaner and less cluttered. The search bar at the top matches the style of the Google Play app and is another sign of Google introducing more consistency to the Play family of apps. 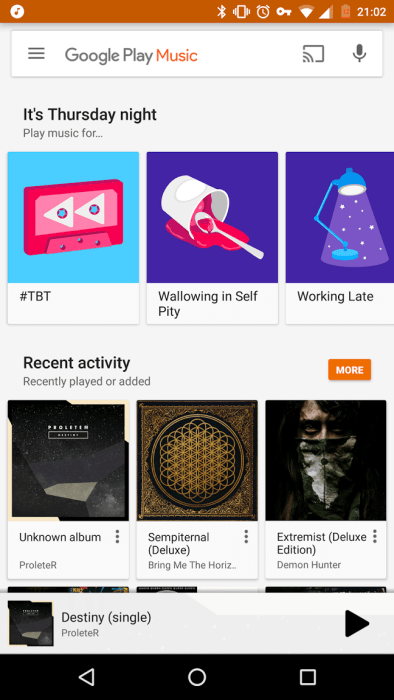