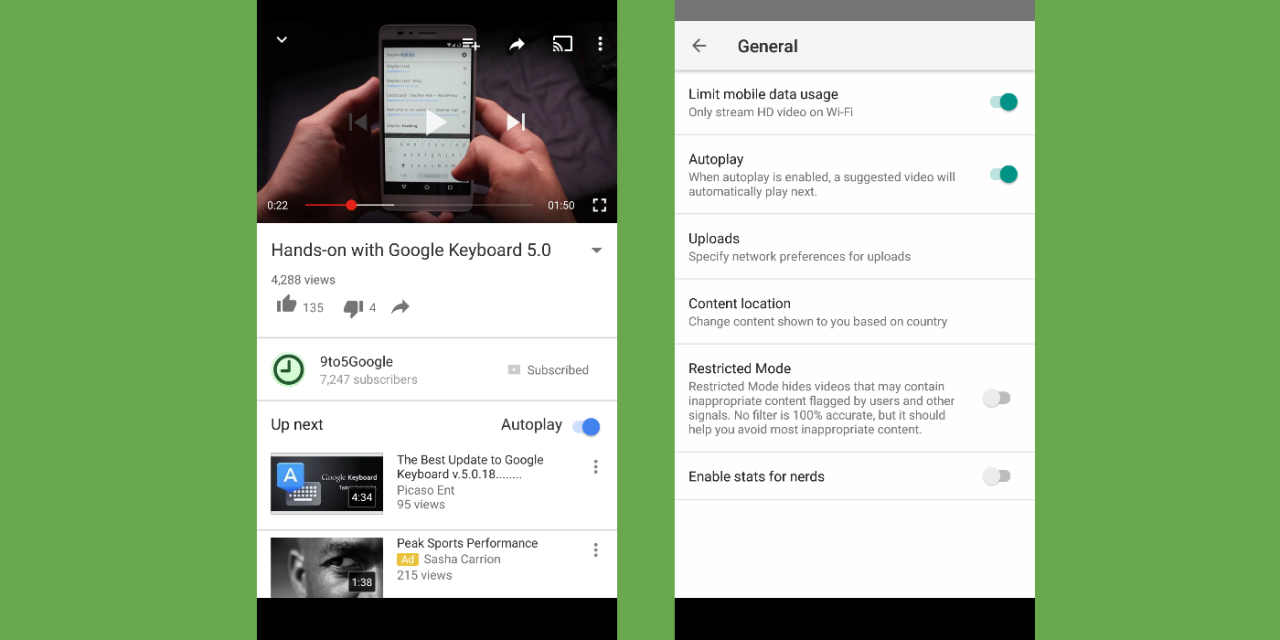 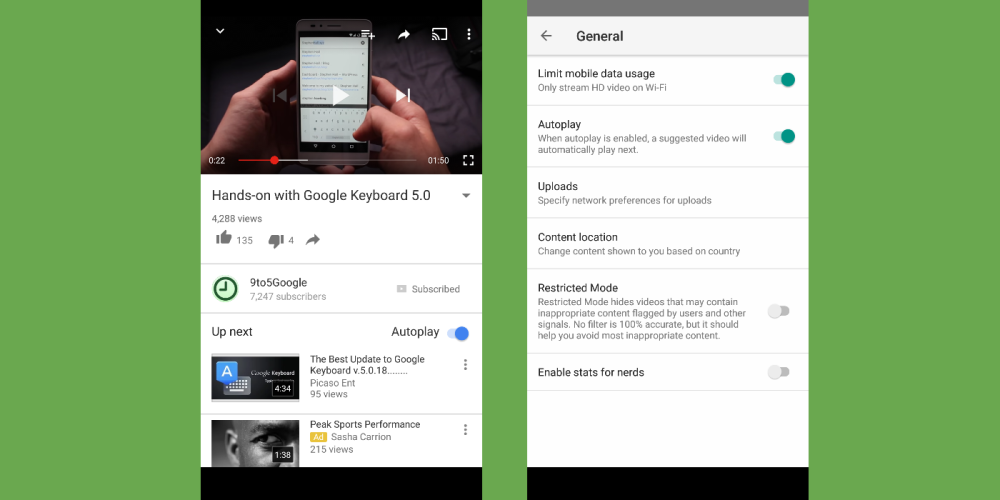 From testing Material Design on the web to using neural networks to recommend videos, YouTube has seen quite a few updates lately. The Google company is now adding (via Android Police) the video Autoplay feature found on the web to Android.

Like on the web, the YouTube Android app will automatically play a suggested video after you finish watching the current clip. Underneath channel info an Up next section lists a related video and has a toggle to turn off Autoplay. The same toggle is found in Settings > General and unfortunately disabling it there does not hide Up next in the app.

The video player window also gains back and forward buttons even when Autoplay is turned off. The buttons only correspond to the Up next suggestions queue and does not act as a universal back button.

On the YouTube site, I find the feature quite annoying. Even when Autoplay is not toggled, it has a tendency of turning on by itself. Hopefully, the feature on mobile will remember and respect a user’s setting. So far, I’m only seeing this feature live on one of my devices. It will likely roll out to everybody shortly.