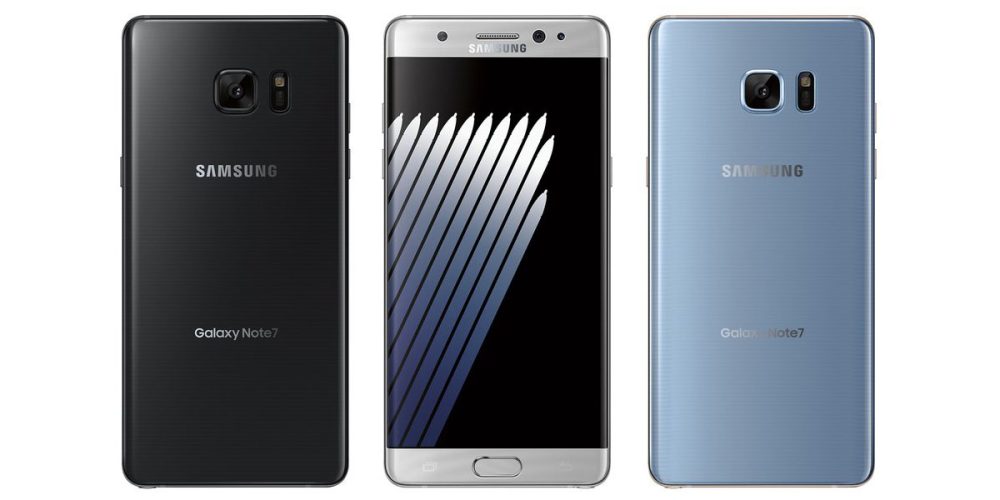 Samsung has today finally taken the wraps off its much-leaked Samsung Galaxy Note 7 phablet. The phone, packing much the same internal specifications of its Samsung Galaxy S7 edge brother, is mostly differentiated by its larger size and of course the addition of the long-rumored iris scanner for unlocking the device…

As for the device’s specs, Samsung has confirmed today much of what was leaked previously. The Galaxy Note 7 will feature a 5.7-inch QHD Super AMOLED display with Gorilla Glass 5, a Qualcomm Snapdragon 820 processor, 4GB of RAM, a 12 MP camera with an f/1.7 aperture (not to mention OIS and 4K video support), a 5 MP selfie cam, 64GB of onboard storage, microSD card slot, a 3,500 mAh battery, and a USB Type-C port. There’s also an iris scanner, and the device’s exact dimensions are 153.5mm x 73.9mm x 7.9mm, with a weight of 168 grams.

It was long-debated (there were definitely prototypes of flat devices), but it appears that indeed Samsung is only bringing one edged version of the phone to the United States. That’s a first for Samsung’s Note line and a natural next-step as the edge display was first shown off on the Note line in the form of the Note Edge. That initial concept only had an edge on one side, but the idea went on to make the very successful dual-edge Galaxy S6 edge and S7 edge. Now it’s back on the Note line.

There’s also the S Pen that has long been available on the Note line (this one doesn’t go in backwards and fatally damage your device), and with that comes new features as well. The pen has water resistance, and Samsung says today that it’s a lot more pressure sensitive: 4,096 levels of sensitivity over the 2,048 from previous models. As we reported, Samsung is also launching its Samsung Cloud competitor to iCloud with this device.

As we exclusively reported previously, the Galaxy Note 7 will soon be available from all the major American carriers (Sprint, T-Mobile, Verizon, AT&T) on August 19th. And as for price, the phone is going to be somewhere in the range of $770-$800 depending on which carrier you go with. Samsung says that an unlocked version of the phone will be coming later in the year. You’ll be able to get the Note 7 in black, blue, and silver in the US, with a free 256GB microSD card or a Gear Fit 2.