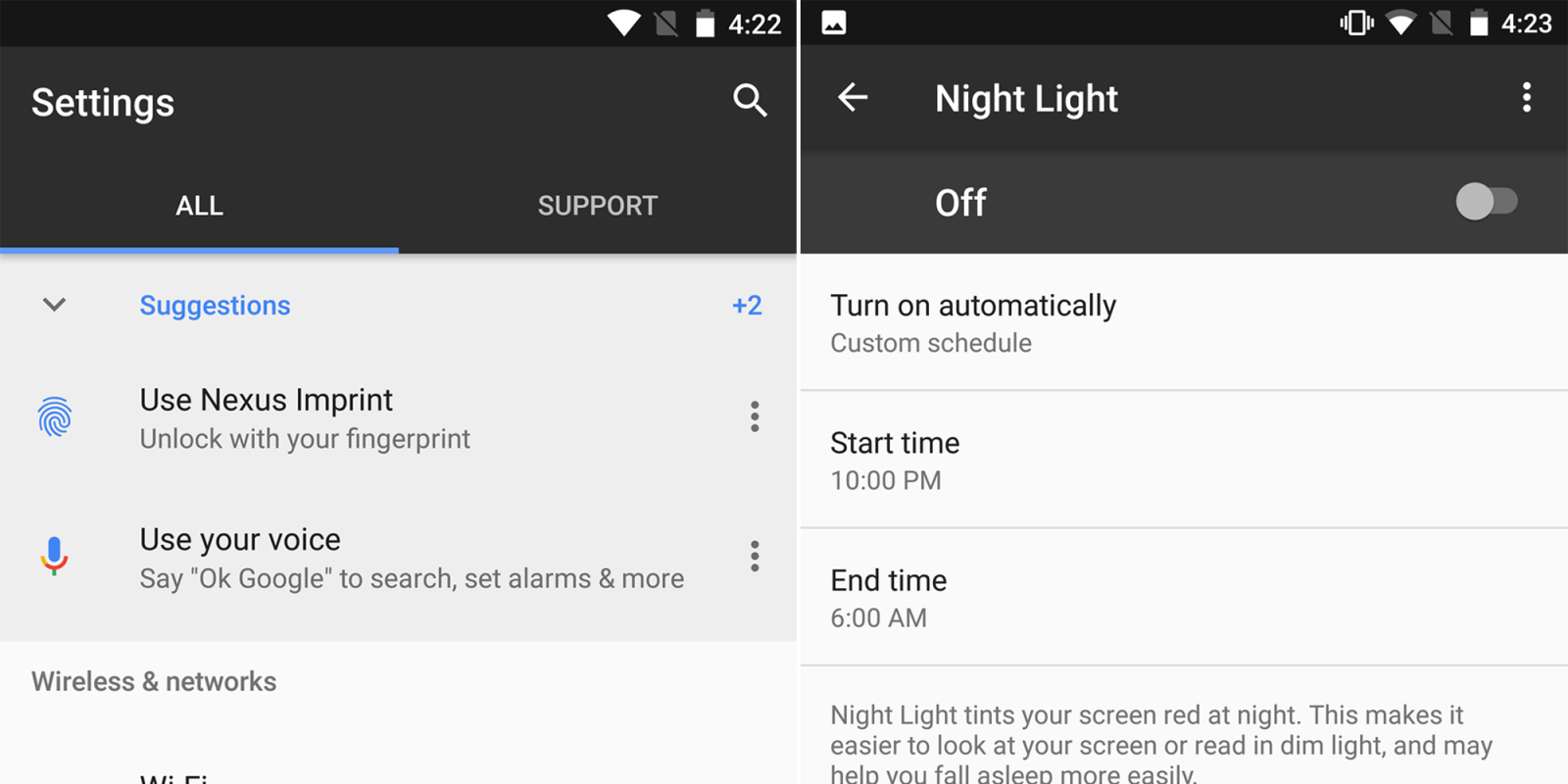 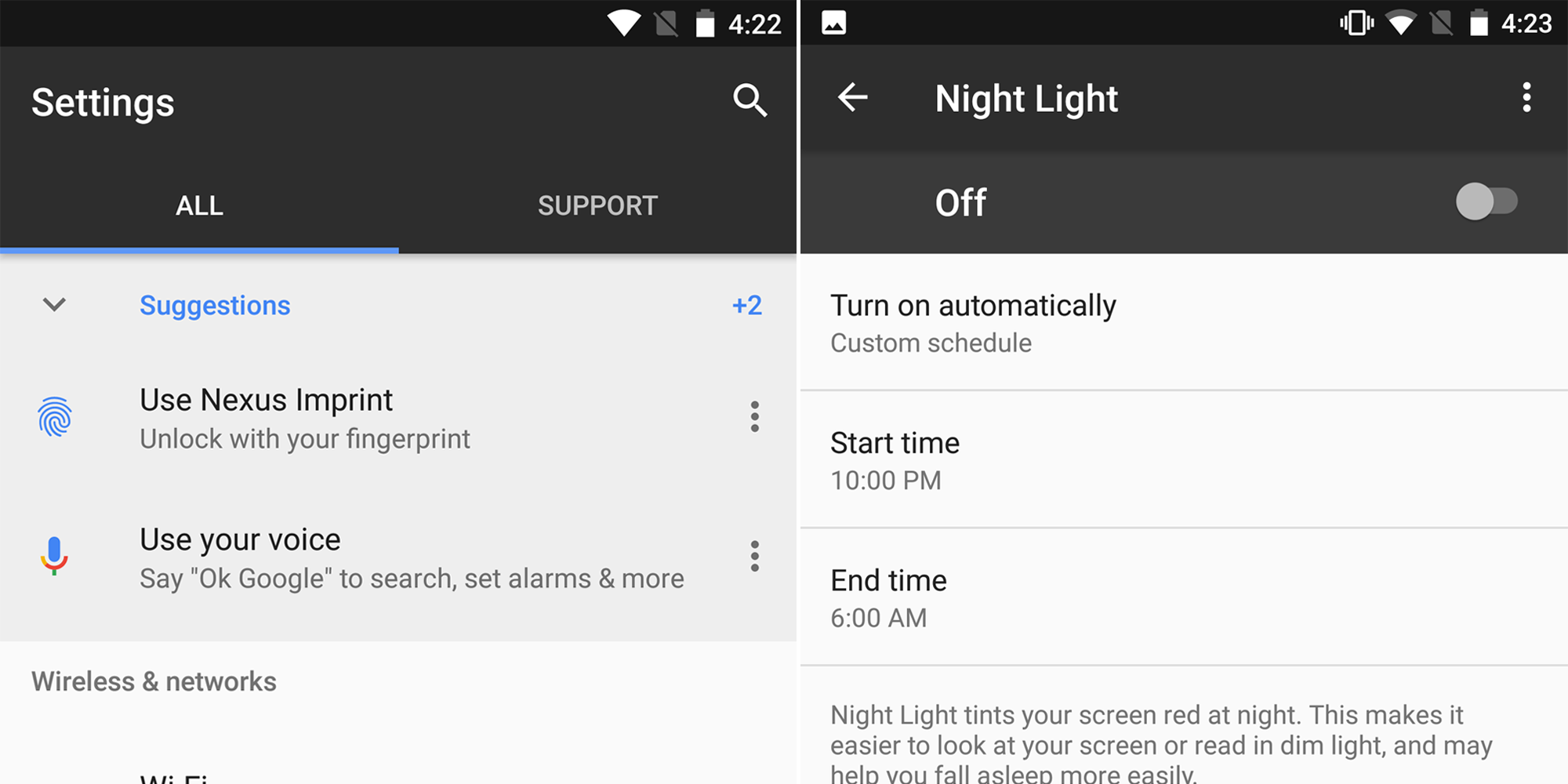 With the debut of Android Nougat just a few weeks away, more and more leaks are showing us what the latest Nexus phones — and the accompanying version of Google’s mobile OS — will offer. According to the latest leak out of Android Police, Google has a couple more tricks up its sleeve for Nougat including some changes seemingly exclusive to Nexus devices and more…

The first change in these latest screenshots is a new color palette for the settings menu. The colors swap from the current gray, teal, and white UI to a new dark grey, blue, and white UI. The change is pretty subtle, but it looks great.

Alongside that we also notice a dual-pane UI as seen on the top of the menu which show sections for “all” and “support”. This change is likely exclusive to Google’s upcoming Nexus devices to tie into the rumored support features.

Along with that, the settings menu also reveals the return of night mode, but this time it’s only screen tinting under the name “Night Light”. Google had previously mentioned that the feature wouldn’t appear in the final Nougat release, but apparently it has worked things out — at least for Nexus devices. With its return we see options to manually turn on the feature, adjust it based on the sunrise/sunset, and also set a custom schedule.

The last major addition in this leak is “Quick Screen Check” — a big change to Google’s implementation of Ambient Display. With this change users can double-tap the screen to access the Ambient Display which allows them to see notification at a glance without fully waking up/unlocking the display. Previous versions of Ambient Display were only triggered by lifting the phone. 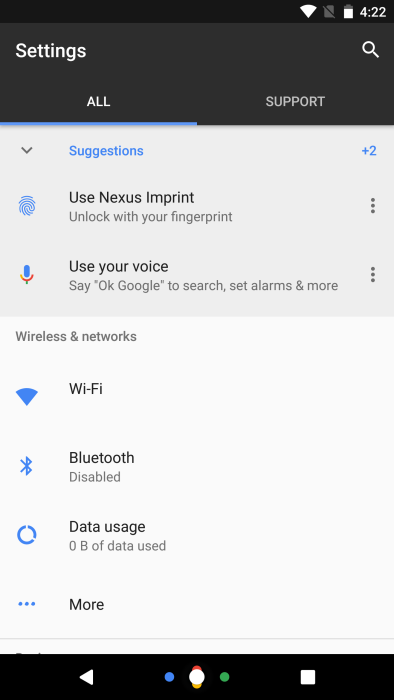 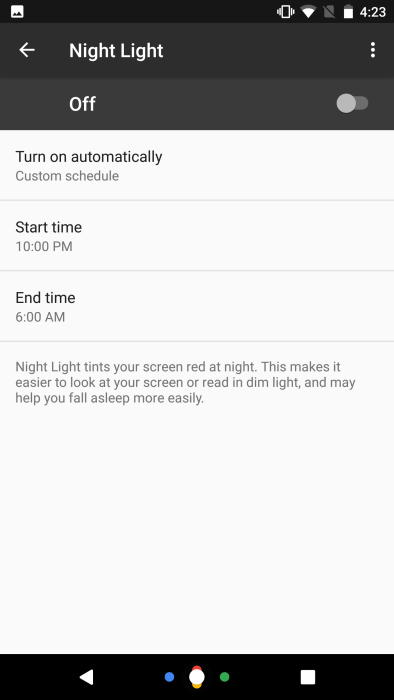 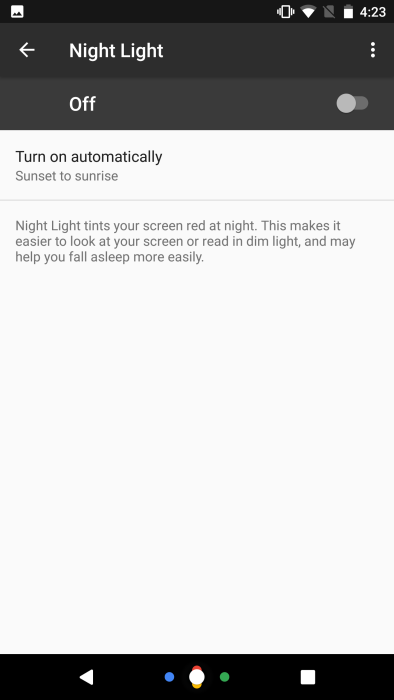 It’s unclear if any of these changes will be coming to Google’s previous Nexus devices along with the final Android Nougat release, but we should definitely see them on the upcoming Sailfish and Marlin Nexus devices which are coming in the next couple of months.