Android Basics: How to install and use third-party keyboards on your Android phone 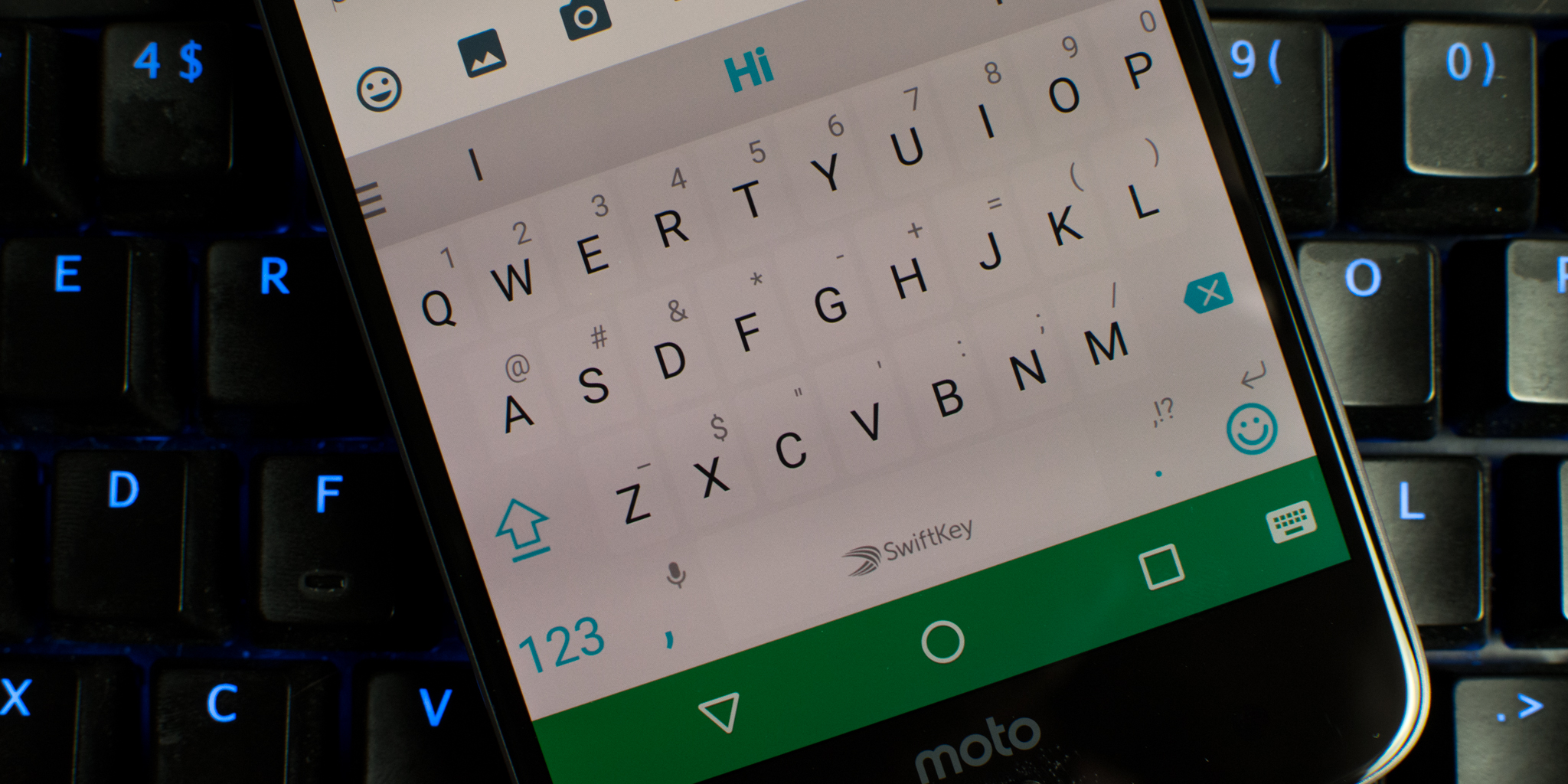 One of the oldest features that made Android stand out compared to the competition in its younger days was the fact that users could install third-party keyboards. While this wasn’t a huge thing for most people, it did lend itself to those who enjoyed Android for its customization features. In this tutorial, I’m going to walk you through finding and setting up a 3rd party keyboard on any Android device…

Note: These steps might differ from device to device but this tutorial should give a general overview of how to use third party keyboards.

There are hundreds if not thousands of different third-party keyboards in the Google Play Store for you to choose from. These range from keyboards that allow you to swipe through characters to keyboards that do nothing but send simple emojis and characters. For this tutorial, though, I will be installing the popular SwiftKey as an example. 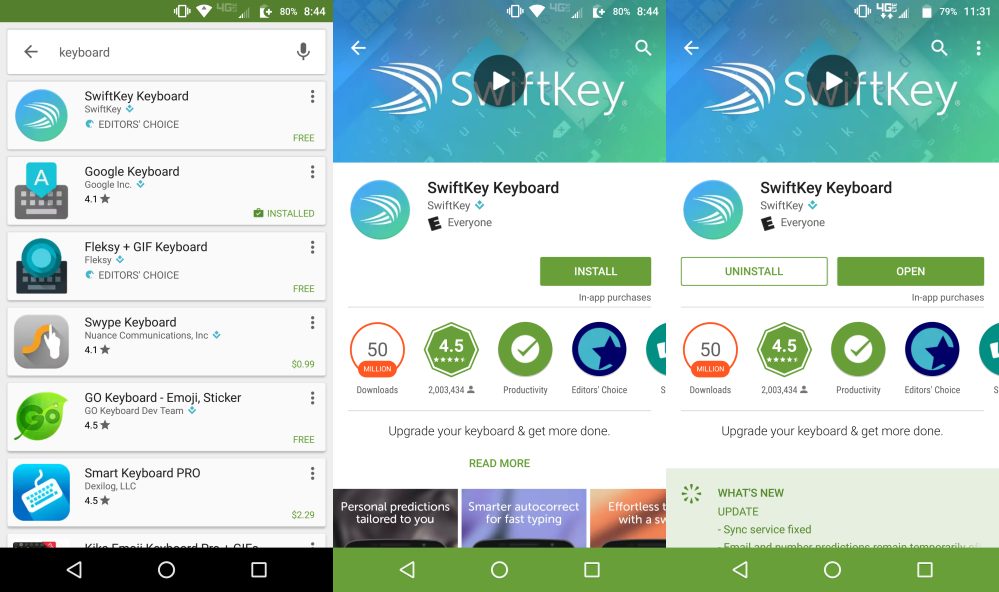 If you know which keyboard you want, simply search for it in the Play Store. If you don’t, you can do a generic search for keyboards or find interesting ones by doing a quick Google search. Simply click into the application page on the Play Store, click install, and after it  is done downloading and is installed, you’re ready to move onto the next step. 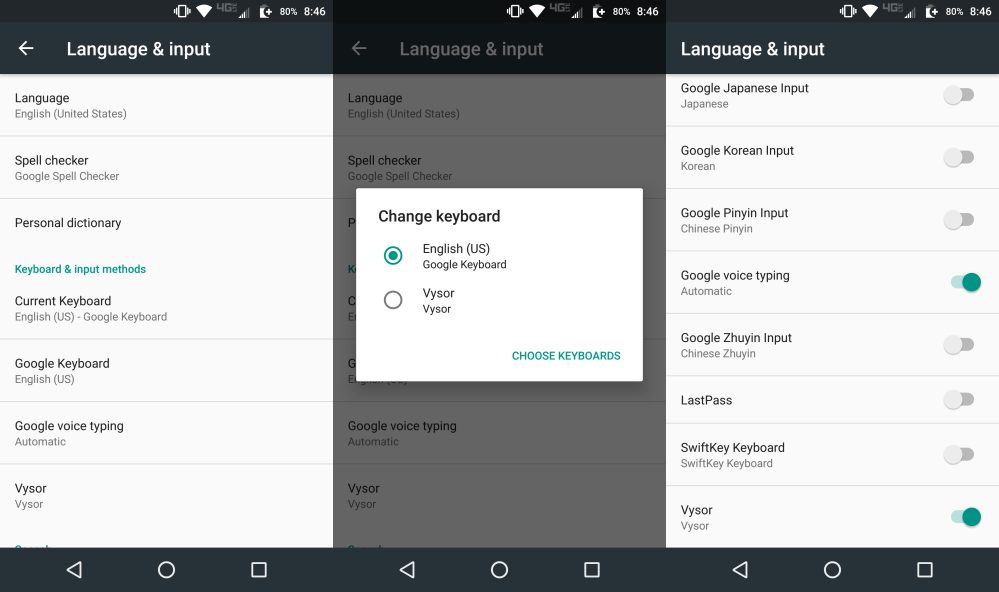 There are two fairly simple ways to activate your new 3rd part keyboard and select it to be used while typing. This first route is a little more cumbersome but gives you a better understanding of how Android handles 3rd party keyboards and the permissions granted to them. 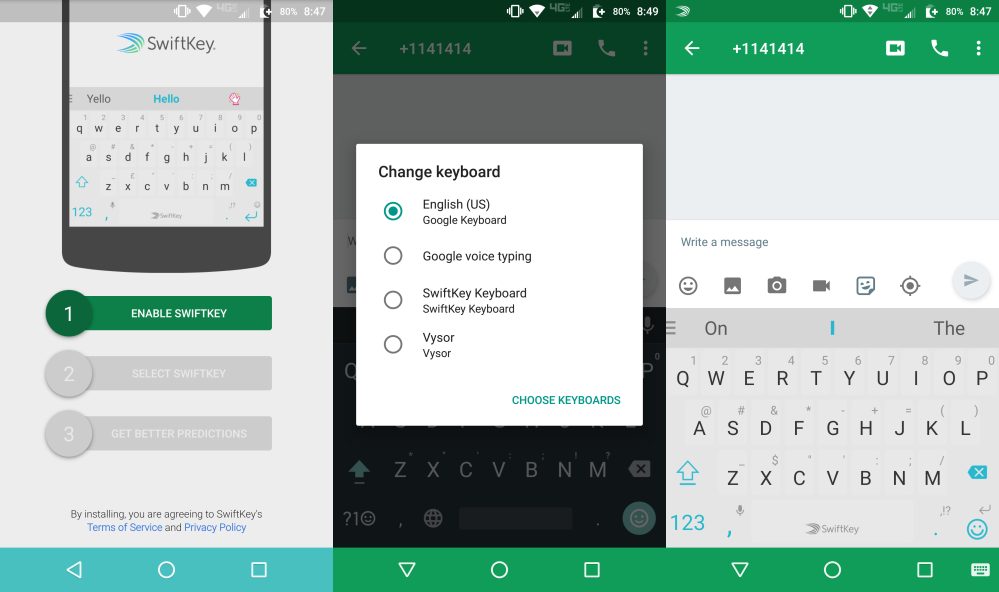 The second and easiest way to setup a 3rd party keyboard is by launching the app associated with the keyboard at the time that it is installed from the Google Play Store. This route will streamline the process as well as make it easier for those not wanting to dig around in the device’s settings.

After the application is installed, click on the open button. When launched, the app should take you to a tutorial of its own walking you through the different simplified steps that complete the same tasks as detailed above. For example, when setting up SwiftKey, there was a three step process that took you directly to the areas that needed to be turned on or given permission to run on the device.

Now that you have your new keyboard installed, you have the ability quickly switch between keyboards. While the process can be different based on what device you have and which manufacturer made it, it’s going to be pretty straightforward no matter the case.

Check out our hands-on with the latest major update to Google’s default Keyboard: