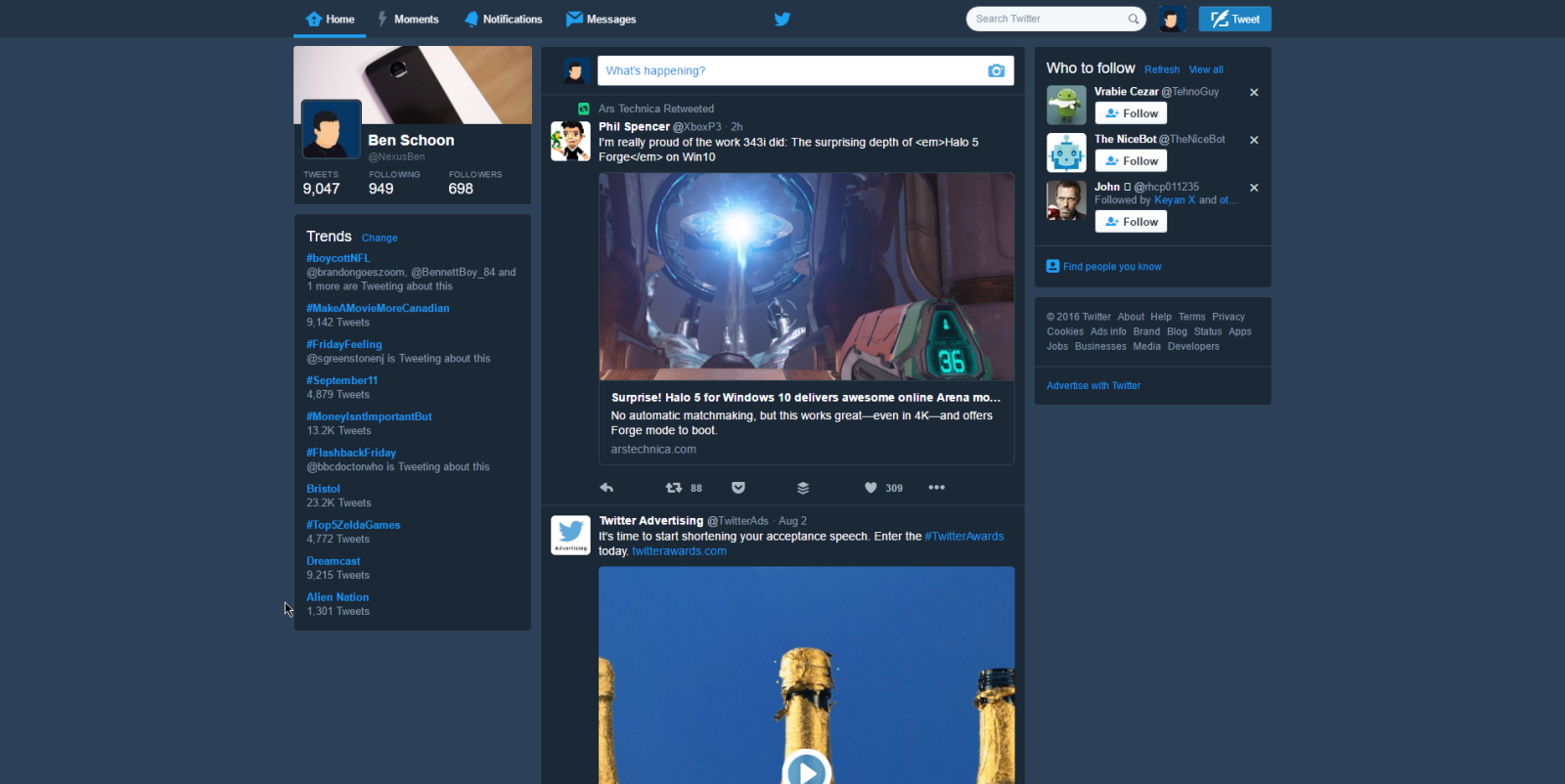 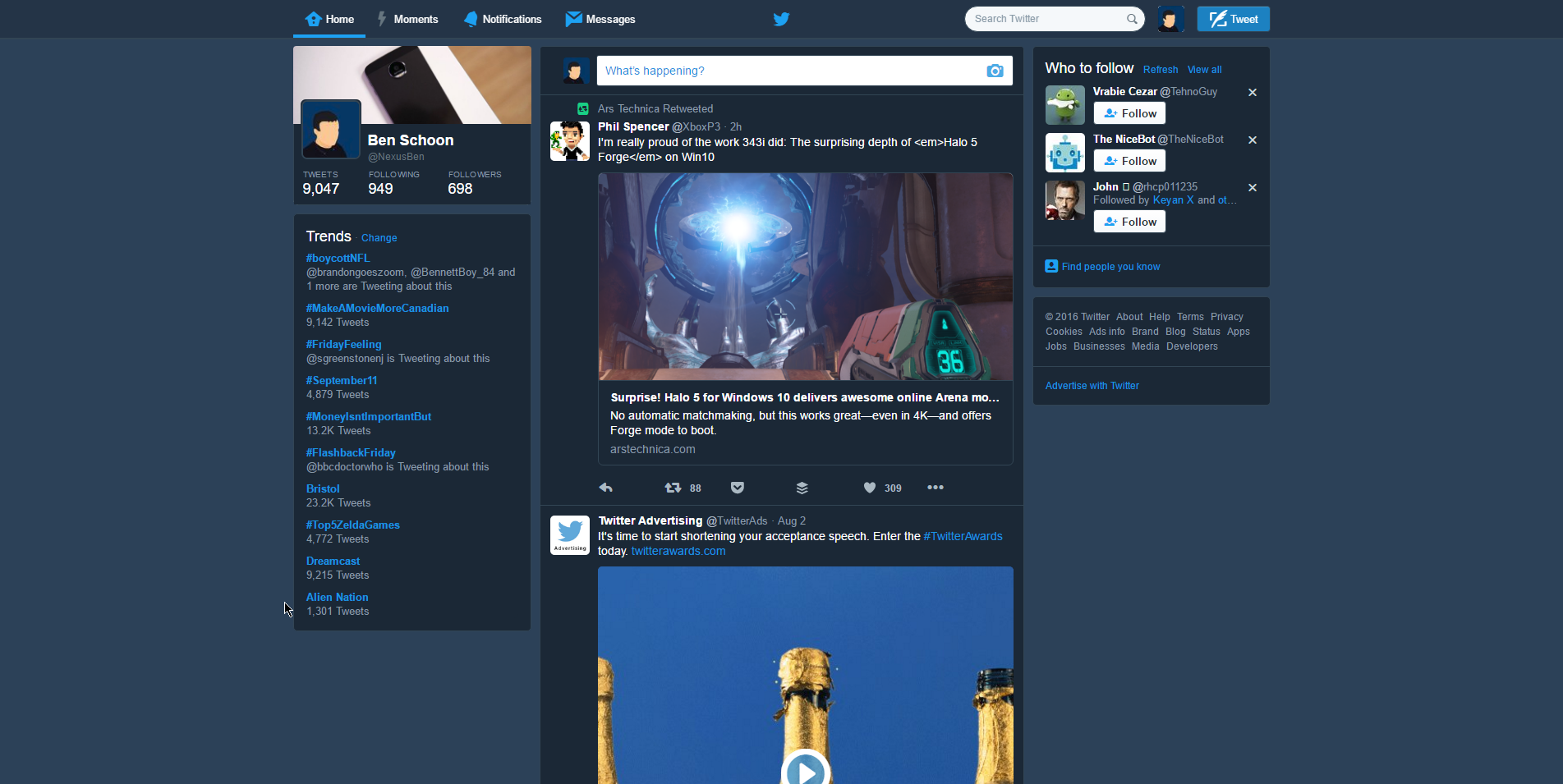 Recently Twitter launched a new dark-themed “Night Mode” for its Android and iOS apps. The new theme trades bright whites and blues for a dark blue background with lighter accents colors. Twitter hasn’t mentioned anything about bringing this new mode to the web anytime soon, but a new Chrome extension brings the functionality over, mostly, with just a simple click…

Once installed, a toggle will appear on your toolbar which will allow you to switch back and forth between night mode and the standard UI.

This extension is in its early days, so there are limitations. For now, only the timeline is fully themed, with other portions of the site showing night mode only in certain portions of the page. The mobile site and responsive mode also do not work, at least not yet.

The app’s developer has already stated that they are accepting feedback and requests on Github on how to improve the extension, and if you’ve got some experience with CSS, you can even help out with the development.

Despite having some limitations, this extension should prove useful for those of you who love browsing through your timeline before bed. You can install it now through the Chrome Web Store and it’s compatible with all platforms. Alternatively, the extension is also available for Mozilla Firefox.

While you’re trying the extension out, be sure to give us a follow @9to5Google.