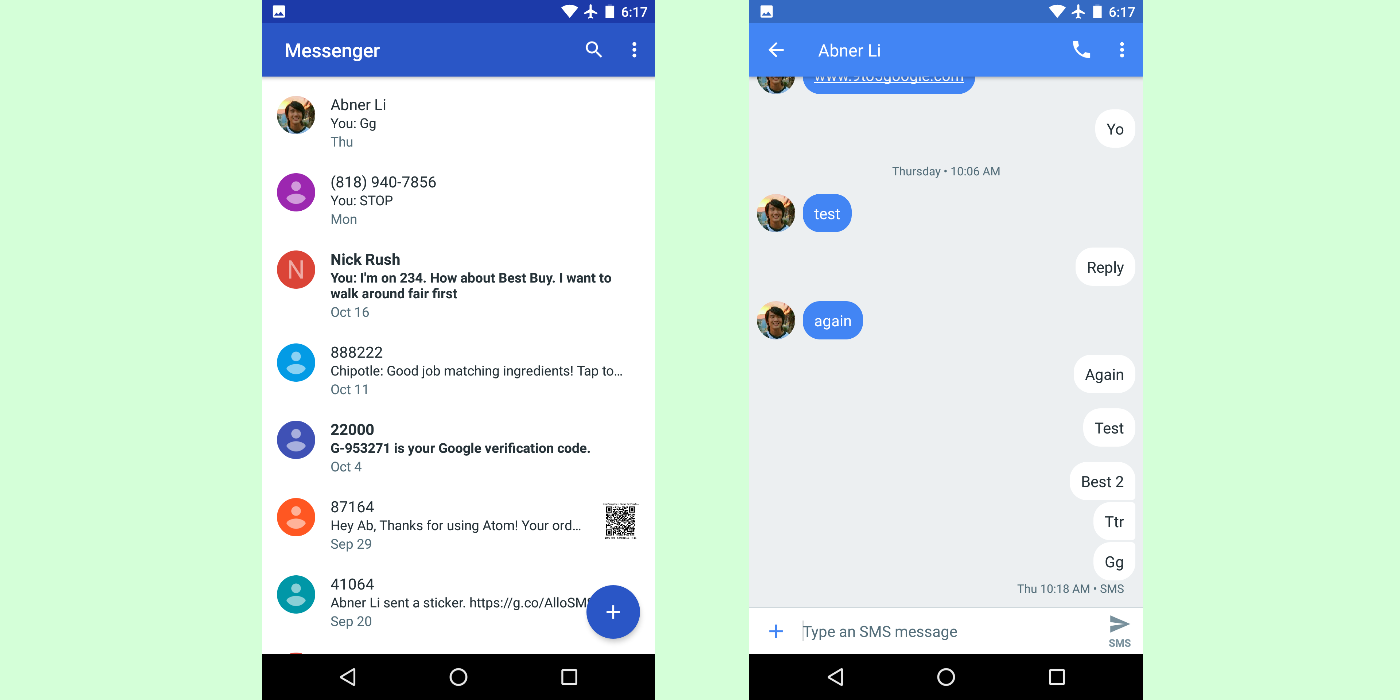 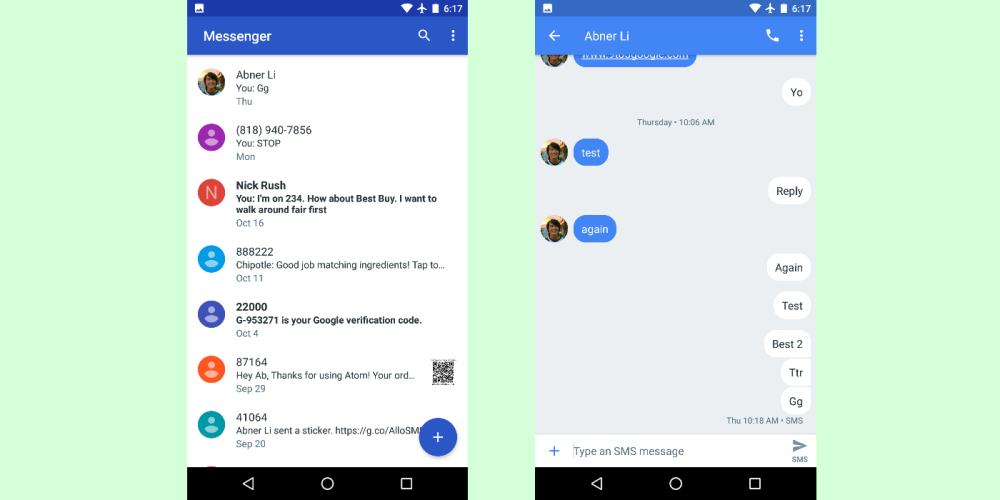 Update 11/3: The official changelog for Messenger 2.0 has been posted and it reveals several new features. There is a slightly redesigned photo picker, unread badges for the app icon on supported launchers, and Nougat support. Notably, RCS receives its first official mention for “some carriers”:

Enhanced features that let you send messages over Wi-Fi or your data network, see when friends are typing, and more.

Compared to Hangouts for Android, Google Messenger is quick to add support for the latest system features. Messenger has just been updated to version 2.0 with a new icon and redesign that matches the general look of the Phone app in Android 7.1.

Updated from version 1.9, the latest version of Messenger features the updated circular app icon seen on the Pixel Launcher even on other, non-Pixel Android devices. Additionally, the notification bar icon has also been updated to match the new one depicted in the app icon.

The top bar and FAB adopts the darker blue palette found in the updated Phone 6.0 app introduced alongside Android 7.1. The main message list is slightly denser with smaller profile icons, but is otherwise unchanged.

The conversation view has been slightly redesigned with rounded bubbles for each message that matches the style of Google Allo. Version 2.0 is notably more compact; displaying more lines of text due to less padding and getting rid of the profile icon next to each of your sent messages. Additionally, text under the send icon notes whether you’re sending an SMS or an MMS.

Besides the appearance, another major change is in the ‘New message’ screen. A ‘Top contacts’ section replaces the separate tabs for ‘Frequent’ and ‘All contacts.’ Your eight most frequently messaged contacts are displayed with their profile icons for faster access when sending texts or making group conversations. Immediately underneath, all your contacts are listed alphabetically.

The update is rolling out now via the Play Store, with the full changelog below:

Messenger has been completely redesigned to make conversations easier, faster, and more fun.
Here are a few of the new features:
• Simple design, quick photo sharing, and top contacts one tap away
• Enhanced features that let you send messages over Wi-Fi or your data network, see when friends are typing, and more (some carriers only)
• Unread messages indicator on your Messenger’s home screen icon (some Android phones only)
• Android N compatibility