Comment: Can we stop freaking out every time a Samsung phone explodes? 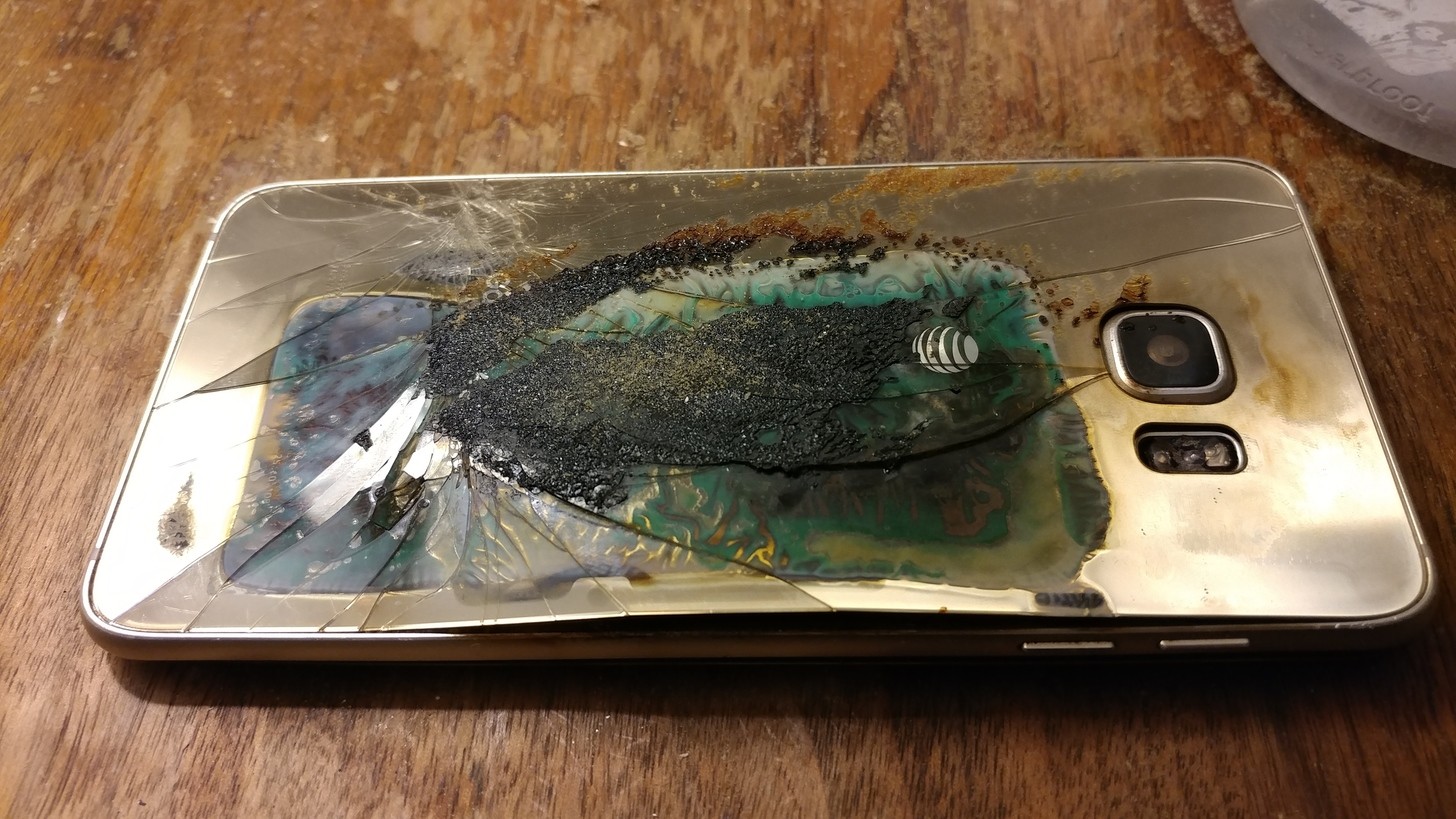 Every day we walk around with potential death-traps in our pockets ─ they’re called our smartphones. Each and every smartphone ever made has the potential to explode, and sometimes they do. For the most part, the batteries in our smartphones are safe. So why does everyone suddenly care whenever a smartphone does explode? The Galaxy Note 7.

Earlier this year, Samsung launched the Galaxy Note 7 which, by any normal measurement, was its best smartphone ever. It packed powerful specs, all the features we could ever want, a pleasing design, and software that was finally good. Overall, it truly was a great smartphone, until they started exploding…

A few weeks after launch, reports starting coming in that Note 7 units were exploding due to its battery, but the cause was and still is completely unknown. As the issue escalated, Samsung decided to issue a recall on all units that had been sold up to that point. From there, the company assured customers that the replacement Galaxy Note 7 units would be safe and marked as such. Long story short, they weren’t.

One infamous morning, a report came out that a replacement Galaxy Note 7 had caught fire while on a (thankfully grounded) flight. Then, another replacement exploded, and another, and so on and so forth. At that point, Samsung had no choice but to kill the Note 7, recalling all units that had been sold worldwide. Now, because of this whole debacle, everyone is freaking out any time a Samsung smartphone explodes.

This morning, a user report hit Reddit from a Galaxy S6 Edge+ user whose device exploded overnight due to a ruptured battery cell. He states that the device was plugged into an official charging brick and cable, but it still exploded overnight.

Woke up this morning (yesterday technically. 12/20) just in time to get ready for work and looked over to find my phone has exploded. Luckily I don’t keep it on my bed, as you can see it scorched my night stand. I’ve talked to Samsung and my carrier. The phone had no problems before, no overheating. I think I’m done with Samsung for a while, really gonna miss the photos I had from Africa in the fall. Dammit Samsung, I was still in your corner after the Note 7 stuff too.

While it’s unfortunate that this user had his device explode, it’s not a reason to freak out, nor a reason to be “done with Samsung.” This is the danger with any and all smartphones, not just Samsung and even including Apple. I’m not saying it’s not a problem that phones explode. But it happens sometimes, even though at this point, it definitely shouldn’t.

This problem is partly thanks to the way lithium batteries work. Lithium-ion batteries are designed to pack more power into a smaller space compared to other battery technologies. To do that, it relies on three main components: a positively charged cathode (made from metal), a negatively charged anode (made from graphite), and a lithium electrolyte which enables the electric charge to flow. In order to work, the cathode and anode need to be physically separated, typically with a thin piece of plastic, a piece which continues to get thinner and thinner as our devices do. That also means that these batteries continue to get more delicate, which means any external damage to the device can damage the battery which can cause a short circuit, which can, in turn, cause the device to explode.

So in short, a device is never completely safe from exploding, but it’s not likely either, especially if that device is using official charging accessories and hasn’t been damaged. Cases like the one from today are rare, and there’s only one reason we’re even noticing them. Since the Galaxy Note 7 fiasco got so much attention, device explosions are on people’s minds, so everyone’s noticing these as well. It’s a phenomenon known as the frequency illusion.

Granted, all the bad press should help motivate smartphone makers make safety a great concern with upcoming releases — so it’s not all bad — but let’s not freak out every time it happens. Just be happy that no one gets hurt.