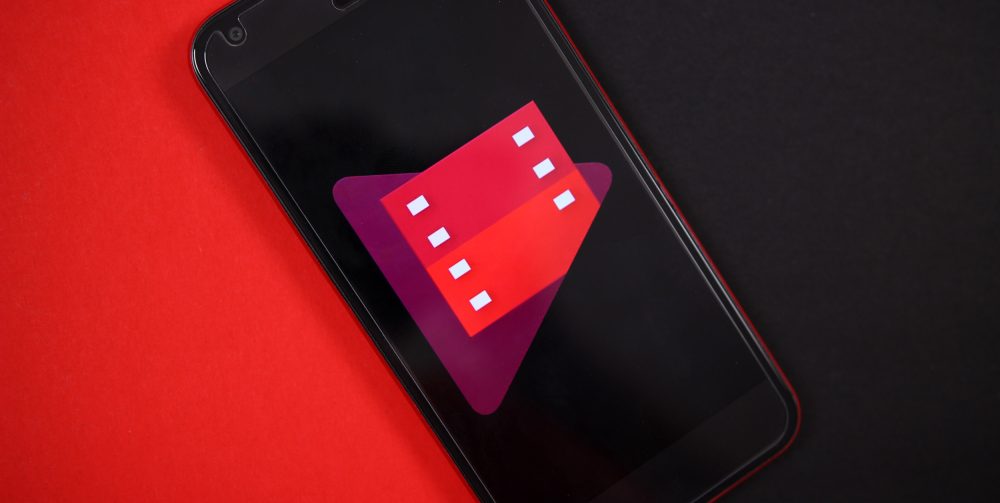 The Google Play family of Android apps usually remain visually consistent with one another. However, recently, they have been diverging with Play Books and Play Newsstand gaining a bottom bar for navigation. The latest deviation has Play Movies & TV adopting a darker background throughout the app.

With version 3.22, the white background of the app has completely shifted and is now stark black. As such, movie and TV posters in the ‘Watch now’ and ‘My library’ section feature a darker background.

The new color scheme even applies to the red action bar and status bar. The only traces of red that remain are in accents used to denote what tab you’re on, other buttons, and promo cards.

Besides the color shift, the app remains completely unchanged from the previous version (3.21). From a visual standpoint, Play Movies & TV now looks quite similar to Netflix and other video streaming apps.

Like Play Music, the app still uses a navigation drawer in contrast to the bottom bars found in both Play Newsstand and Play Books. For an app with only three main sections, it would make a lot of sense for Play Movies & TV to also switch over in a future update.

The update is widely rolling out now via the Play Store.