The long-anticipated Google & LG tie-up partner smartwatches have finally hit the physical (and digital) shelves, and now we’ve had a few days to play with and test out the bigger and badder LG Watch Sport in the lead up to our full review. It goes without saying that the Sport is a big watch. It’s the watch that has all the features — bringing you everything that Android Wear 2.0 has to offer — and it’s also the watch that has all the bulk. But there’s more to the story here than just its size…

Since we’re on the topic of size, though, let’s just get that out of the way. The LG Watch Sport is a big smartwatch, but not completely out of the realm of understandable when you consider huge traditional watches. The device has a larger screen than the LG Watch Style coming in at 1.38-inches, it weighs 3.2 oz (or 89.4 g), its body is 45.4 mm wide and x 51.2 mm tall, and it’s a full 14.2 mm thick.

For perspective, this is bigger than the widely-considered-huge LG Watch Urbane 2nd gen. LTE, which is 44.5 x 44.5 x 14.2 mm — although notably exactly as thick. And that thickness is really the biggest pain point. I have small-to-average size wrists, and the watch is unwieldy enough for me that I would be unlikely to wear it full time. Have small wrists? You can forget about trying this watch entirely.

Compare the watch to something a bit more dainty like the 38mm Apple Watch (which happens to be the watch size that I personally enjoy the most)? This thing is in an entirely different ballpark. The Apple Watch Series 2 38mm aluminum is just 28.2 g, which is roughly 1/3 of the weight of this behemoth. I think you get the idea — it’s not gonna work for a lot of people.

But Google makes it completely clear in its marketing video for these two new watches that you should be able to use the LG Watch Sport as a complete replacement for your smartphone in some cases, and for people that have wrists big enough to complement the watch, maybe that’s a use case. The trade off with the big size is that the watch brings all the goodies: LTE for cellular connectivity, NFC for Android Pay, two extra buttons, a heart rate sensor, and a bigger battery.

Even for people that the watch will work for, though, the LG Watch Sport definitely isn’t without compromise. We heard that the watch would go without interchangeable bands in rumors prior to launch, and I’ve unfortunately confirmed that these bands are not replaceable at all. You’re stuck with the band that the watch ships with, and that’s mostly because the band at the top of the watch — which is also uncomfortable rigid — is filled with cellular radios as ArsTechnica found.

Beyond that, the watch definitely has a sport-y look to it. The TPU straps are made with an assumption that you’re going to be sweating a bit, and they’re comfortable enough for working out with. Overall, the overall design of the watch definitely feels in the same category as other “sport” watches in this space like the outdoor watch made by Casio or the Moto 360 Sport. It’s bigger than usual, its bands are permanently affixed, and its front-face is just a basic 316L stainless steel.

One of the big wins with this watch in my eyes is the newly added rotating side button (or RSB, as Google calls it). It’s effectively and functionally the same as the Digital Crown from the Apple Watch, and I think it’s a great experience. This crown is big enough that you can actually use two fingers to spin it, while I’ve found myself in testing before just using the one-finger slide with the Apple Watch.

There’s also two new buttons on the side of the device, which is something we saw before on the LG Watch Urbane 2nd gen. LTE. Both of these are completely programmable to whichever apps you’d like, but the top is set to Google Fit and the bottom to Android Pay out of the box. I think these are nifty and helpful shortcuts for jumping to often-used apps.

This crown can basically replace any swiping that you used to do on the screen of the watch. Before, swiping felt inaccurate and unreliable at times and it always felt like the screen was too small to really hit the tap targets you were going for. It’s still a pain to tap tiny icons (like app icons in the new scrolling app list), but at least you don’t have to swipe up and down on the screen anymore and accidentally tap those tiny and frustrating buttons along the way.

You can use the new “digital crown” to navigate though notifications on the main screen, scroll through text messages, scroll through the app list, and more. For me, this feels like a huge step forward for the UI of Android Wear 2.0, and while I still think that Samsung has the best-of-the-best design with its Gear S line (that rotating bezel is killer), this implementation is much better than nothing.

And this leads us into what I think is another huge win for the LG Watch Sport (and Android Wear 2.0 in general): performance. I have long been frustrated with bad and stuttery performance on most Android Wear watches (most recently the ASUS ZenWatch 3) I’ve reviewed. This one isn’t perfect, but you can definitely tell a difference with the LG Watch Sport and AW 2.0. Just like the Pixel, it seems Google’s involvement with the product’s development actually matters.

Navigating around the UI is much smoother and the UI itself I think is better designed to accommodate this better performance (for example, you don’t have to swipe between multiple screens just to reach the quick setting you’re looking for). There’s still an issue I’ve noticed where the watch will take a while to function at full speed immediately after waking it up, but that problem is lessened and performance otherwise is about as smooth as I’ve seen on a smartwatch.

One notable exception in this area for me was Google Assistant. While voice commands and transcription is supposed to be a lot faster in Android Wear, I haven’t noticed much difference quite yet. Perhaps there is something wrong with my cellular connection (or something wrong with the connection between my watch and my phone), but I feel like using Google Assistant is almost as slow as using voice commands was on previous versions of Android Wear. And that’s really slow. 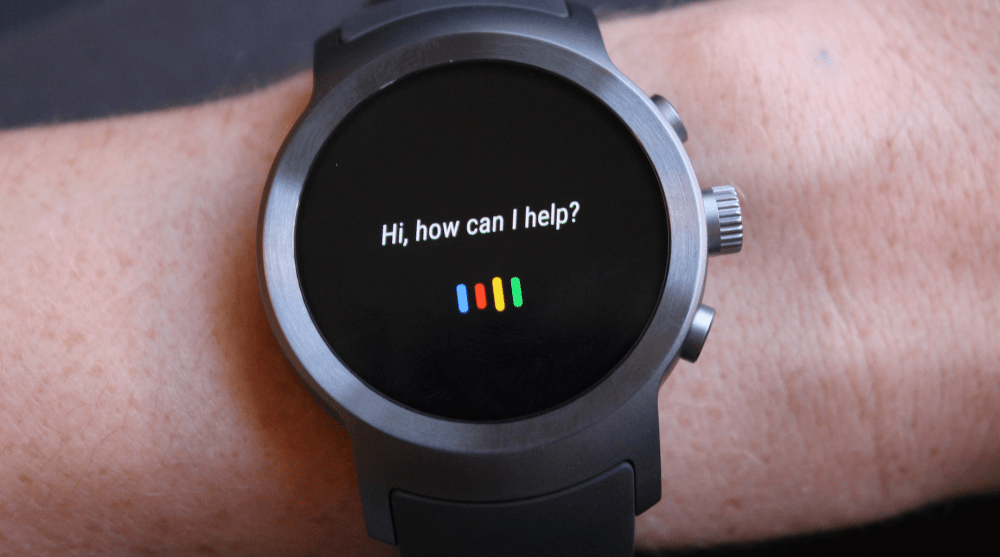 Personally, I’m not a fan — but that doesn’t mean you shouldn’t be! I like the watches that I wear to be on the smaller side in general, and I’m not aching to have a “sport” smartwatch that acts as a complete smartphone replacement while working out. That really feels like what Google was going for here, and it’s just not for me. I like my workout time to be one of the few moments in my day that I unplug.

I think the Style would be more up my alley, but as you might know, that watch simply misses a lot of features that are otherwise bringing Android Wear up to par with the competition (at least in this case with the LG Watch Sport). We’ll have our full review later this week, and a quick hands-on with the Style soon, but for now my conclusion is the same as many others: Google and LG built two watches that don’t really appeal to me. And this one, despite having all the features, appeals even less to me than the cheaper, smaller, and more stylish alternative.

Be sure to check out our unboxing: