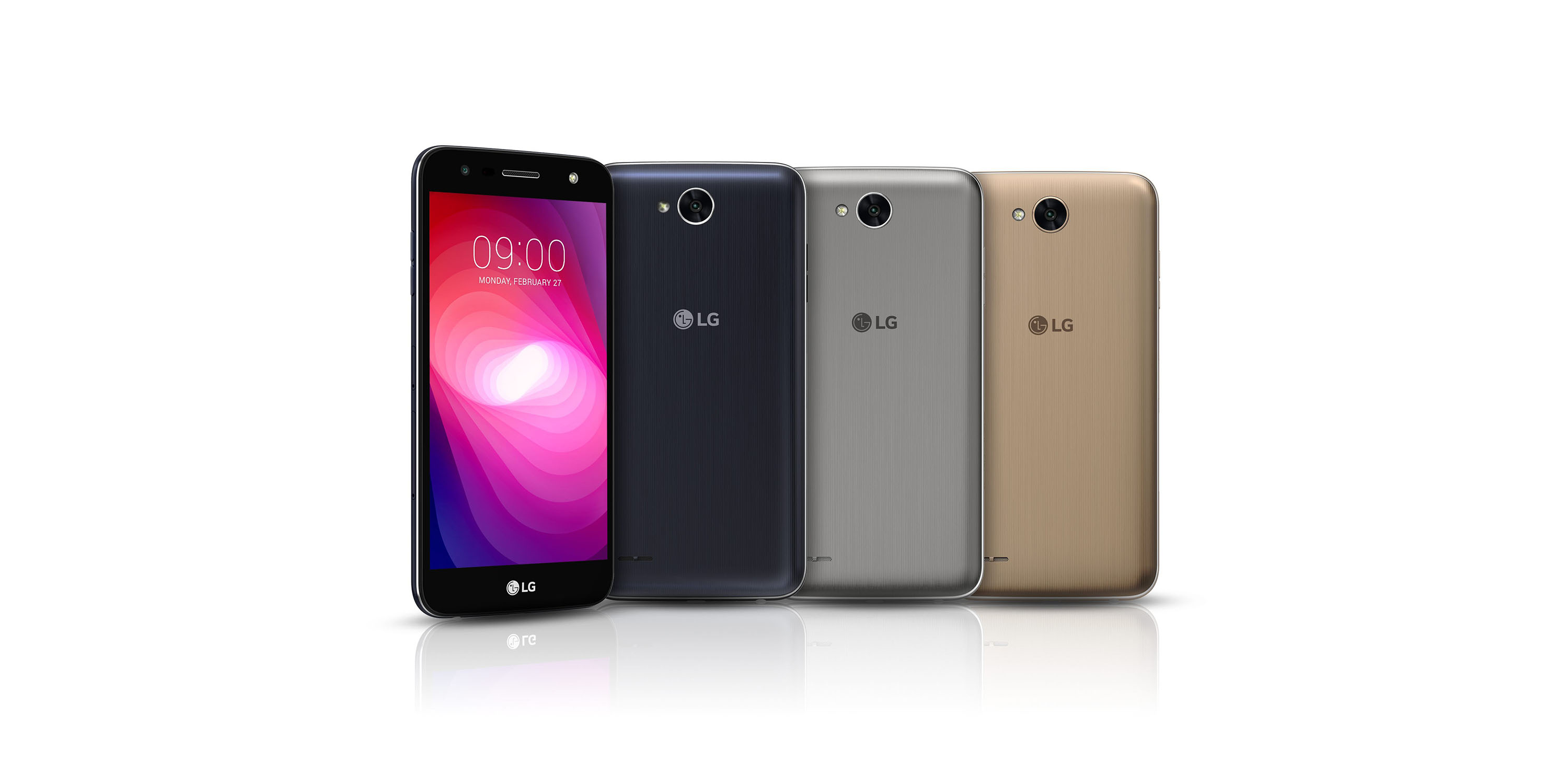 While LG’s main attraction at CES this year will be the highly anticipated flagship LG G6, the company won’t be stopping there. As previously reported, the company is bringing a new mid-range device to the show, the ‘X power2.’

The X power2 is a lot like LG’s other X series smartphones in the fact that it is designed around one aspect in particular. In this case, it’s the battery life. The device has middling specifications and a decently sized 5.5-inch display, but it has a massive 4,500 mAh battery inside.

LG says that battery will offer stamina for a full weekend’s worth of usage, or up to 15 hours of continuous video playback, 14 hours of navigation directions, and up to 18 hours of continuous web usage. The company has also integrated fast changing, allowing for a 50% charge in about an hour.

Outside of the battery, LG highlights features like special selfie modes, LG’s features on top of Android Nougat, and the “Comfort View” mode on the display which filters out blue light.

The LG X power2 will also be packing a 1.5 GHz Octa-Core chipset, 13MP and 5MP cameras on the rear and front respectively, up to 2GB of RAM, 16GB of storage (microSD available), and of course LTE connectivity. The device will go up for sale starting in March for Latin America, and will expand to other regions including Europe and the US over the coming months. Pricing has not been specified.

Each model in the X series incorporates different exclusive features that are usually found only in premium smartphones. The various models offer users a range of differentiated experiences and values that surpass previous mass-tier product lines. The first model in the mass-tier X series to be unveiled this year, the LG X power2 features a powerful 4,500mAh battery to meet the demands of customers who frequently use power-hungry applications and games and enjoy viewing multimedia content such as videos and movies on their smartphones.

The LG X power2 was designed to operate for an entire weekend without recharging. Fully charged, the LG X power2 can playback videos continuously for approximately 15 hours, provide navigational directions for about 14 hours or surf the web for around 18 hours.1 The LG X power2 incorporates high-speed charging technology demanded by today’s busy users. A one hour charge provides 50 percent battery power with a full charge only requiring about two hours, twice as fast as most phones.

In addition, Comfort View makes reading e-books and web comics more comfortable by reducing the amount of blue light emitted by the display, which has been shown to cause eye fatigue.

The LG X power2 features a 5.5-inch HD In-cell Touch display, offering a large and expanded screen with clear, vivid colors. Moreover, LG has improved the display’s outdoor capability for easy visibility even in strong sunlight. The LG X power2 has a 5MP wide angle camera above the display which enables users to take selfies and wefies of up to eight people without a selfie stick. The 13MP rear camera features Zero Shutter Lag to eliminate the annoying delay between the time the shutter button is pressed and the image is captured. An front-facing soft light LED flash captures group shots with the level of quality usually found only in professional studios.

The smartphone is further differentiated from other mass-tier phones with LG’s exclusive UX for selfies. Auto Shot automatically triggers the front camera’s shutter when a face is detected. Gesture Shot and Gesture Interval Shot reads and responds to hand signals, eliminating the need to press the shutter button which is a common cause of blurry photos. And with Quick Share, users can immediately post images to their favorite social media site with just one tap.

“The LG X power2 has the most powerful battery capacity in LG’s entire smartphone line-up so users can enjoy many hours of multimedia entertainment on its roomy display without worrying about recharging,” said Juno Cho, president of LG Electronics Mobile Communications Company. “The entire X series is all about great technology and great value, both important features for today’s discerning smartphone customer.”

The LG X power2 will roll out beginning in March in the Latin America followed by key markets in United States, Asia, Europe and other regions. Pricing will be announced at the time of availability.