Here’s how the Galaxy S8 and S8+ compare in size to the iPhone 7/Plus, Galaxy S7 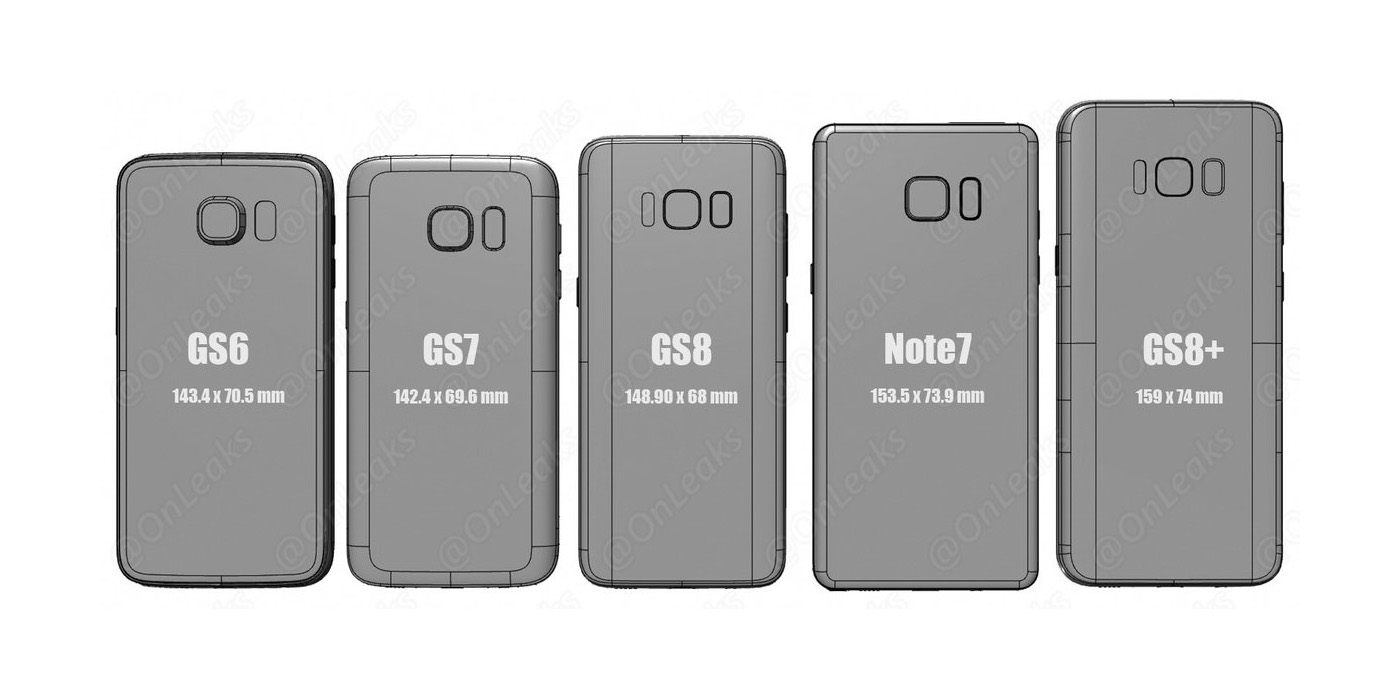 Samsung Galaxy S8 leaks are pouring in at an incredible rate, and today we’re learning even more about Samsung’s upcoming flagships. Following a super sketchy leak yesterday which compared the S8 and S8+ in size to the Note 7, @OnLeaks is offering up a much more legitimate comparison…

In a new round of images, OnLeaks compares the Galaxy S8 and the larger Galaxy S8+ to the Samsung Galaxy S6, Galaxy S7, Galaxy Note 7, iPhone 7, and the iPhone 7 Plus. So, let’s analyze this one set at a time.

First, Samsung’s devices. From left to right we have the S6 with a 5.1-inch display, the Galaxy S7 with a 5.2-inch display, and the Galaxy S8 with its 5.8-inch display. On paper that sounds like a massive difference, but the footprint of the S8 compared to Samsung’s past small flagships is minimal at best. The S8 is only about 6mm taller, but also slimmer than both devices which should help with gripping the phone.

Then, there’s the S8+ and its 6.2-inch display compared to the Galaxy Note 7 and its 5.7-inch display. In this case, the S8+ is bigger all around, but not by much. The width is nearly the same while the phone is about 5.5mm taller.

Moving over to iPhones, the comparison becomes even more impressive. The Galaxy S8 with a 5.8-inch display next to the iPhone 7 with a 4.7-inch display shows a massive difference. While the S8 is significantly taller than the iPhone, it’s also not even a mm wider, which is impressive considering all the extra screen real estate you’ll be working with. 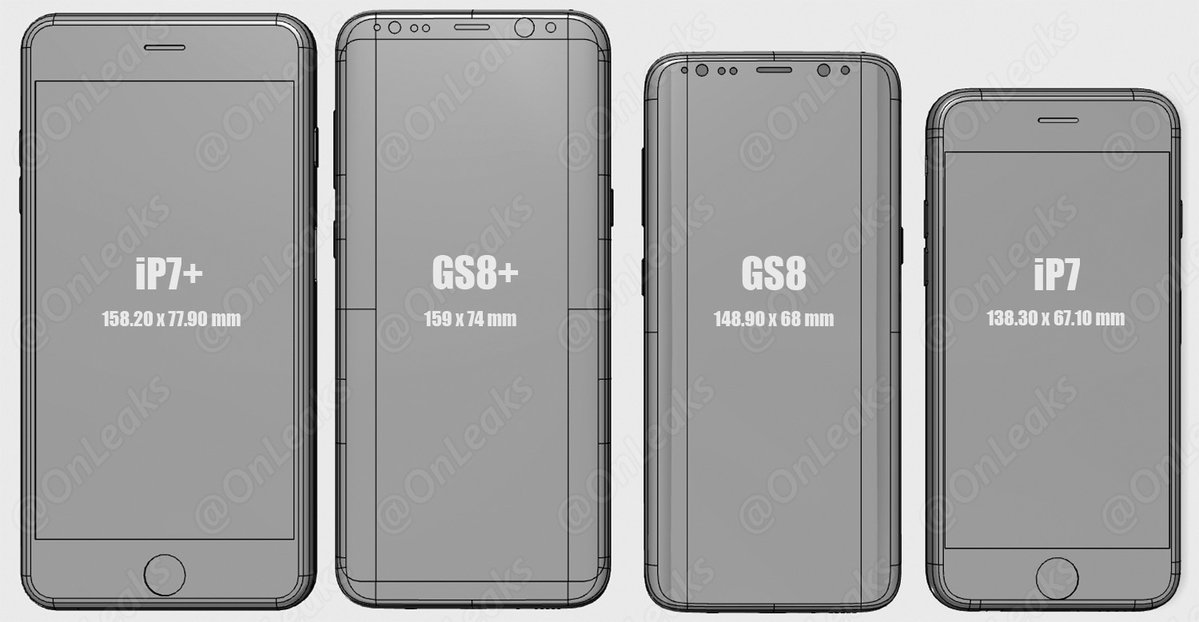 Comparing the S8+ with its 6.2-inch display also reveals a pretty impressive difference compared to the iPhone 7 Plus. Both phones share nearly identical dimensions with the 7 Plus being a bit wider, but the S8+ has a .7-inch larger screen.

Update: OnLeaks has added another image comparing the S8 and S8+ to the Pixel and Pixel XL, Huawei P10, LG G6, and Nexus 6P.

Would like to compare #Samsung #GalaxyS8 vs #GalaxyS8Plus vs #GalaxyNote7 and maybe more? Just ask and forget approximate Weibo crap… 😉 pic.twitter.com/LYPzwmEXV7

OK so this one is the very last one. Now please, let me alone!!! 😅 #Samsung #GalaxyS8 #GalaxyS8Plus @Butler_Speaks pic.twitter.com/zH0n9OutJa