Roundup: All the April Fools’ products from Google, Alphabet, and more 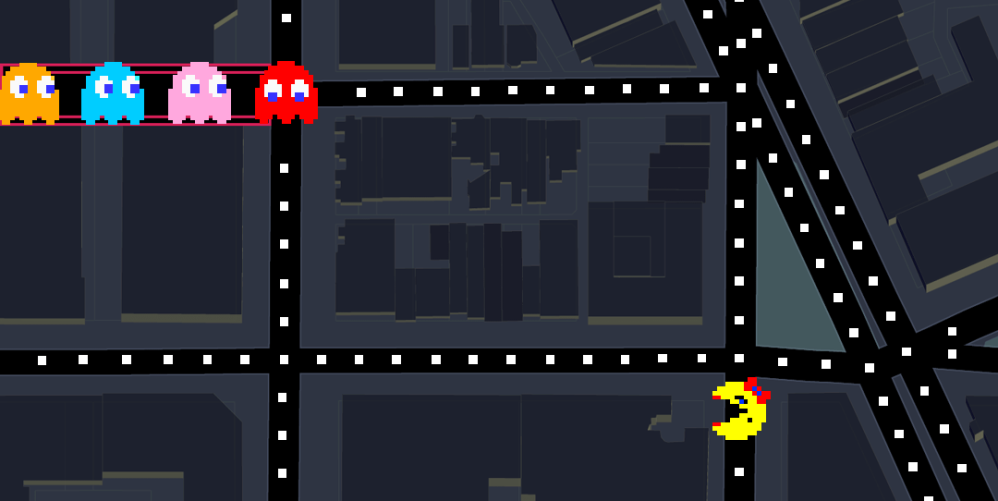 With April Fools’ Day falling on a weekend this year, the festivities are occurring slightly earlier. Like last year, we’ll be covering all the gag products and services from Google and Alphabet, as well as the best ones from the rest of the tech industry.

Google’s first April Fools’ product is the ability to play Ms. Pac-Man in Maps. Available on both desktop and mobile, it does not appear to be live for most of the world. When available, a new pink FAB or map layer will appear and allow users to play Pac-Man anywhere in the world.

After tapping, you will be launched into a retro black facelift of your current locale and street. Game stats are located at the bottom of the screen with controls achieved through swiping. While a rehash of 2015’s joke and a Google Doodle, this classic game never gets old.

Playing off Google Home is Google Gnome. An assistant for your smart yard, but with a darker, morbid personality that hints at a shred of self-awareness. Anyways, it’s basically a speaker with a colorful skin and a pointy hat, though there are multiple variants. 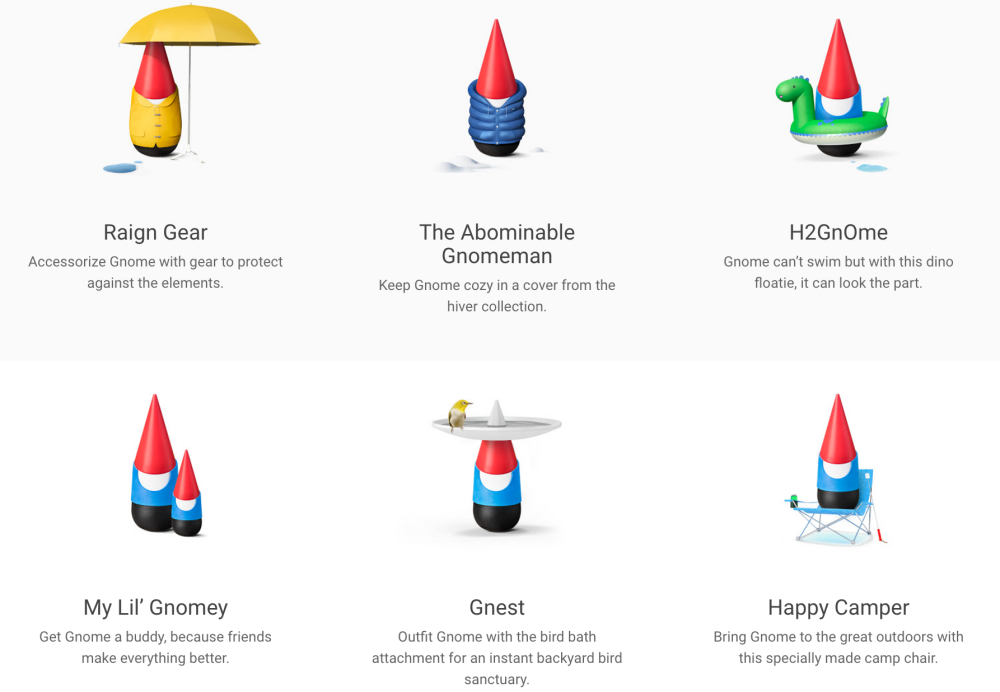 This moonshot aims to combat Holland’s 145 days of rain a year by leveraging the Google Cloud Platform to control the weather. Specifically, machine learning is used to recognize cloud patterns and then control a network of 1170 windmills to blow away approaching storms.

It turns out that humans are still better at certain tasks than robots. That’s why Google turned to human helpers in order to deliver and cater to your other sense of taste, touch, and smell while in virtual reality. Sign up to be a beta tester on the official page.

With the “exploration and ultimate colonization” of Mars requiring massive amounts of infrastructure and computing, Google announced plans to open its first “dedicated extraterrestrial cloud region.”

Launching in 2018, the “Ziggy Stardust” data center will allow users to store planet-redundant data across Earth and Mars. Google notes that this is for:

if Earth experiences another asteroid strike like the one that wiped out the dinosaurs, your cat videos, selfies and other data will still be safe. Of course, we’ll also store all public domain scientific data, history and arts free of charge so that the next global catastrophe doesn’t send humanity back into the dark ages.

Additionally, there are options to “store data exclusively in the new Mars region, outside of any controlled jurisdictions on Earth, ensuring that they’re both compliant with and benefit from the terms of the Outer Space Treaty.”

With Chromebooks now able to run Android Apps, they are essentially mobile devices. As such, Google is making a new line of mobile accessories for Chrome OS devices, including a Groupie Stick, Chromebook Cardboard, and a Workout Armband.

Similar to how the Amazon Echo (below) now caters to animals with Petlexa, Google is optimizing its services for our beloved companions. On Android, there is now a ‘Pets’ category in the Play Store for specially designed games and services. For the iOS Google app, “I’m Feeling Woof/Meow” provides a refined “I’m Feeling Lucky” experience.

Heptapod B arrives in Google Translate

The challenge with understanding Heptapod B is its nonlinear orthography. Fortunately, Google’s neural machine translation system employs an encoder/decoder system that internally represents sentences as high-dimensional vectors. These vectors map well to the non-linear orthography of the Heptapod language and they are really the enabling technical factor in translating Heptapod B.

Can’t help but feel that is a slight nod to the rumors of a foldable smartphone from the company later this year.

We are proud to introduce #ExynosYogaProcessor for flexible mobile devices! pic.twitter.com/FrFzHDghbV 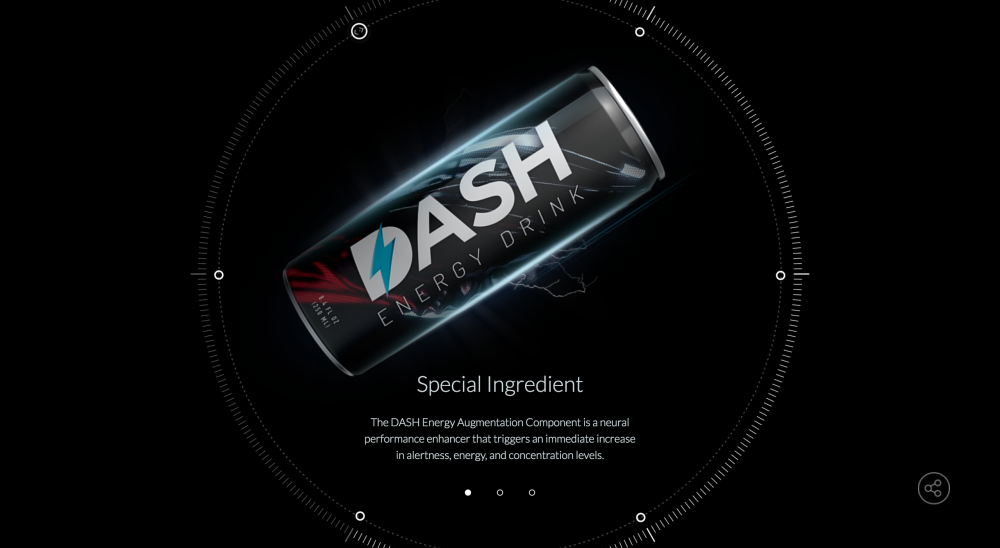 OnePlus makes bold claims, but I’d buy their battery tech-inspired energy drink in a heartbeat if performance was anywhere near as touted:

It’s the end of 8 hours of sleep a day. All you need for a day’s power in half an hour is a single can of Dash Energy.

This is achieved through the DASH Energy Augmentation Component, “a neural performance enhancer that triggers an immediate increase in alertness, energy, and concentration levels.”

Showcasing their flagship mobile plan and love of magenta, the T-Mobile ONEsie is a smart wearable embedded with sensors, is “Bluetooth enabled,” and doubles as a hotspot. Also, points for being self-aware about fitness wearables:

“Real-time micro monitoring gives you unparalleled access to the detailed bio data you couldn’t possibly need or ever hope to comprehend.”

With devices getting smaller and smaller, iFixit’s repair solution is to join in on the trend. Their new Micro Tech Toolkit, available for $19.95, shrinks down their Pro Tech Toolkit, but will likely be made obsolete by next year’s Nano Tech Toolkit.

Straight out of an episode of 30 Rock, Hulu is launching Hu. These 8 second cuts of popular TV shows like Seinfeld, The Mindy Project, and Black Sails reflect how the human attention span has significantly dropped to below that of even a goldfish. This “micro content” is also watchable on YouTube.

Amazingly, Lyft actually made this gadget and is giving out demos in San Francisco today. Sticking out your thumb will hail a ride, with flashing lights intensifying as the car gets closer to your location.