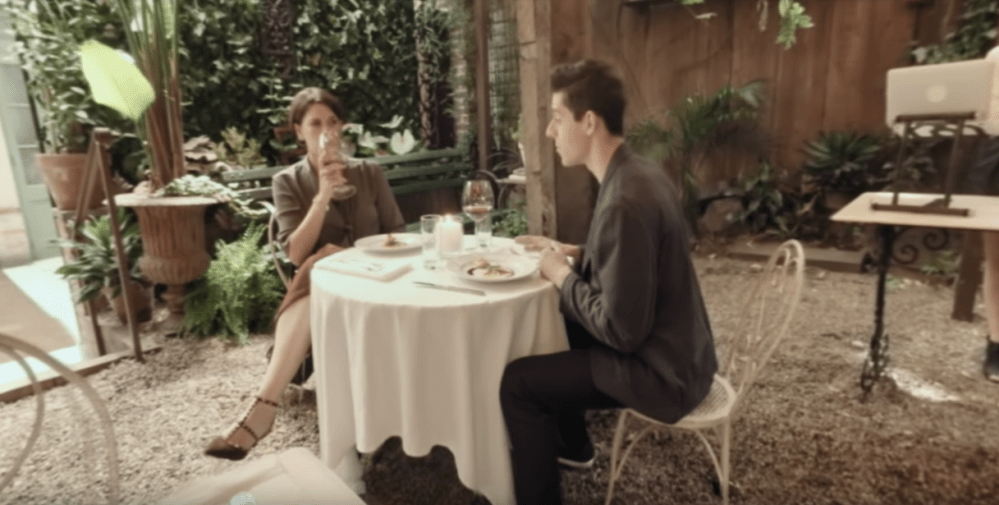 Google is today showing off Tabel (via The Keyword), its latest virtual reality experiment. This experiment is actually a short film, exploring themes relating to climate change as a tribute to Earth Day (which is coming up this weekend, if you weren’t aware). But the film isn’t just topically relevant; it’s also an interesting demo of a new kind of VR storytelling…

The premise is simple: you’re in an restaurant, and there are several tables of patrons around you. They’re all having their own conversations, and you can turn your head to tune in. But the catch is that if you eavesdrop on one pair of restaurant guests, you’re going to miss out on what the others around you are saying. There are a total of 6 storylines over the course of seven minutes.

Tabel is an experiment in VR storytelling that enables you to listen in on conversations, and even thoughts, of the influential patrons of the restaurant. The story of Tabel is an allegory about climate change represented by six storylines that unfold over the course of the seven minute film. Have a seat! What do you hear?

Google says it focused on climate change as the subject matter because it wanted the film to be “relevant to everyone.” And it hopes to reach just about everyone by basing the film on its WebVR platform, which means you can watch it in a Chrome browser or through just about any VR headset — like the Daydream View or Google Cardboard.

I’ll just let you watch it yourself. You can watch the trailer for the film below, and head over to tabel.withgoogle.com to check out the full seven-minute film. If you want to catch everything, though, you’re going to have to watch it at least a few times.