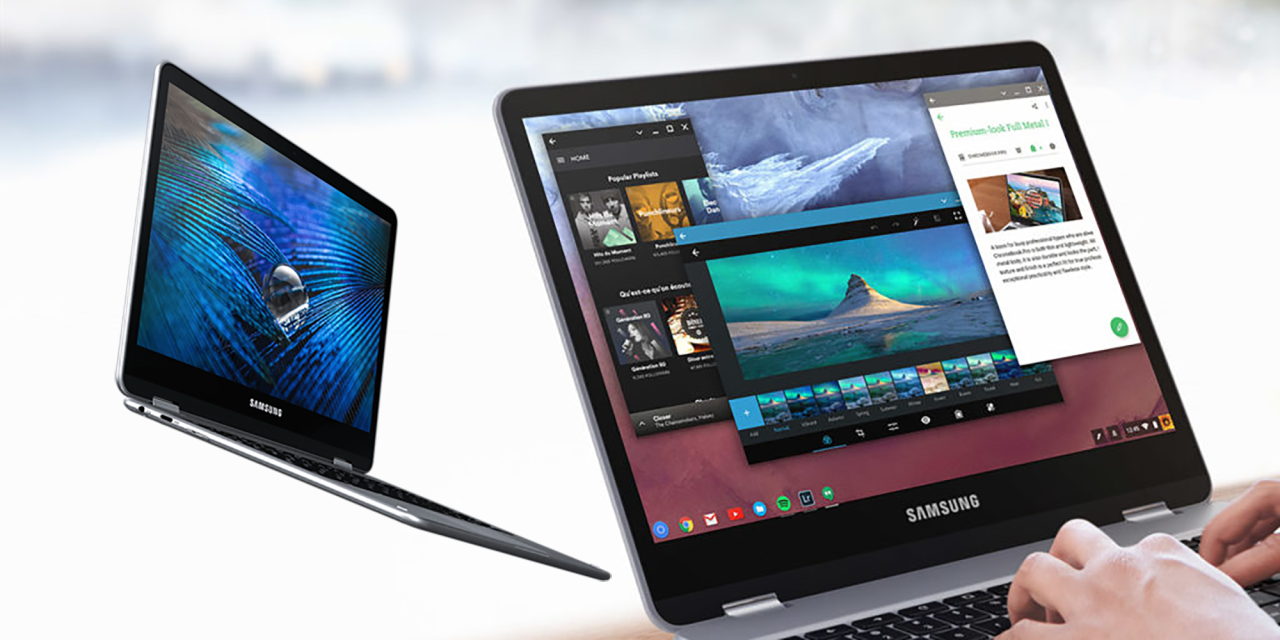 At CES 2017 back in January, we got our first look at the Samsung Chromebook Plus and Pro. Powered by higher specs than the average budget Chromebook, these two premium devices were made to run full Android applications on top of Chrome OS. After a bit of a delay, Samsung has posted the Chromebook Pro on Amazon for pre-order…

First spotted by Chrome Unboxed, the more powerful of the two Samsung Chromebooks might finally make its way to consumers. Just like its lesser-specced brother, the Pro sports a 12.3-inch, 2400×1600 pixel display, 4GB of RAM, 32GB of built-in storage, and support for Samsung’s built-in stylus. What sets it apart, though, is a more powerful Intel Core m3 processor and a black finish.

You can pre-order the Samsung Chromebook Pro right now from Amazon for $550 and have it shipped to you near the end of May. The Pro’s Amazon listing shows a release date of May 28th but without any official word from Samsung, we do not know when exactly the Chromebook Pro will be available.