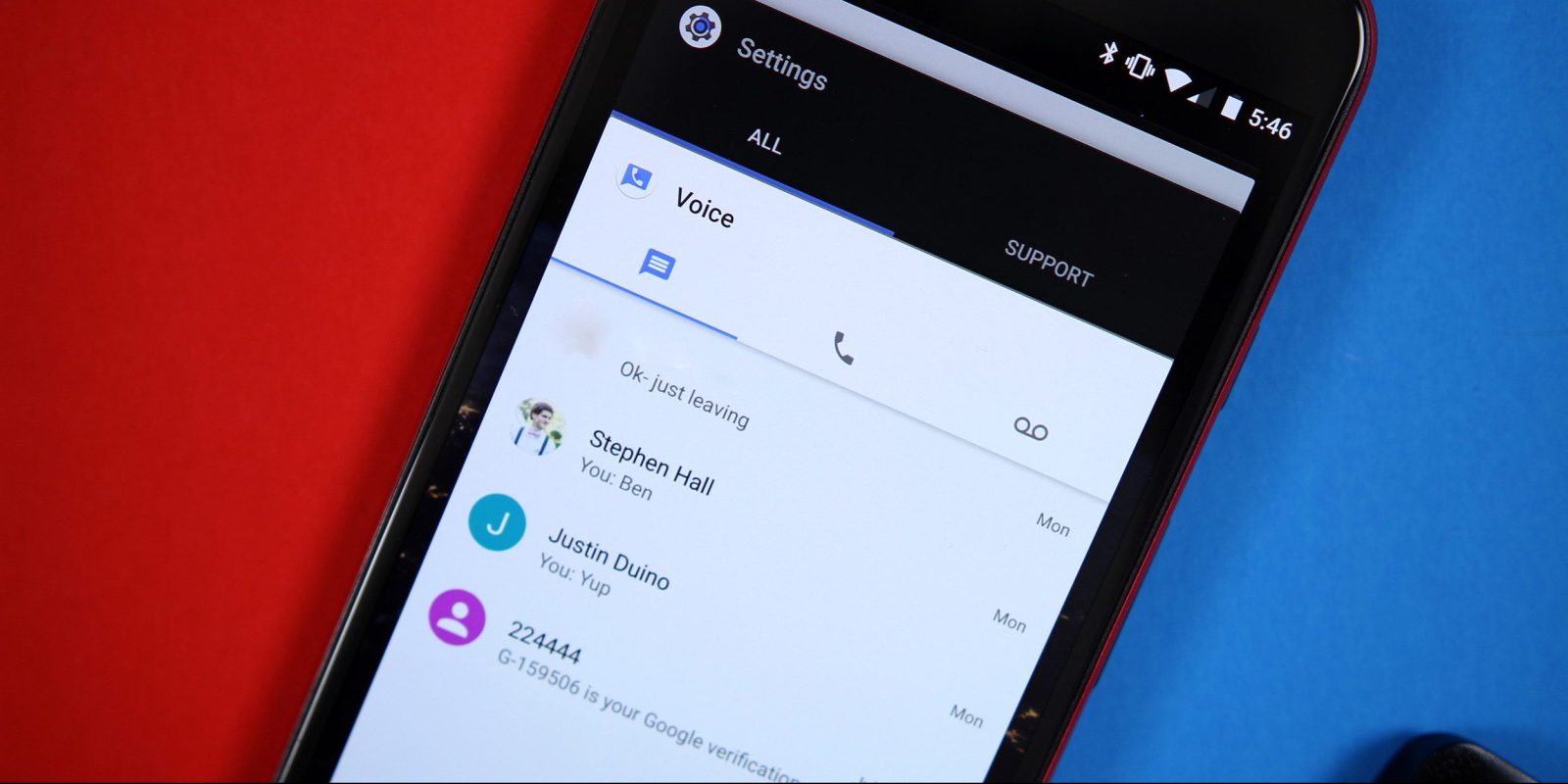 Since its relaunch in January, Google Voice has seen a major update approximately every two months. Version 5.2 is beginning to rollout and along with it are a number of very useful widgets and other minor features.

The three new widgets act as a control panel for key settings and options in Google Voice. The first button controls how outgoing calls are handled. Users can cycle through the following four options:

On the two larger widgets, the middle toggle enables/disables Google Voice’s do not disturb mode, while the last button is a shortcut that takes users directly to the compose screen to create a new message.

The third widget is the most useful and is basically a miniature version of the app that shows your inboxes. The bottom bar is interactive and allows users to switch between messages, calls, and voicemail. Meanwhile, the controls up top are fully expanded with text descriptions. This widget can be fully expanded to span your entire homescreen.

Version 5.2 of Google Voice also adds the ability to “hear a caller’s name when you pick up.” The Screen calls option is enabled by default under Settings. This update is rolling out now via the Play Store.