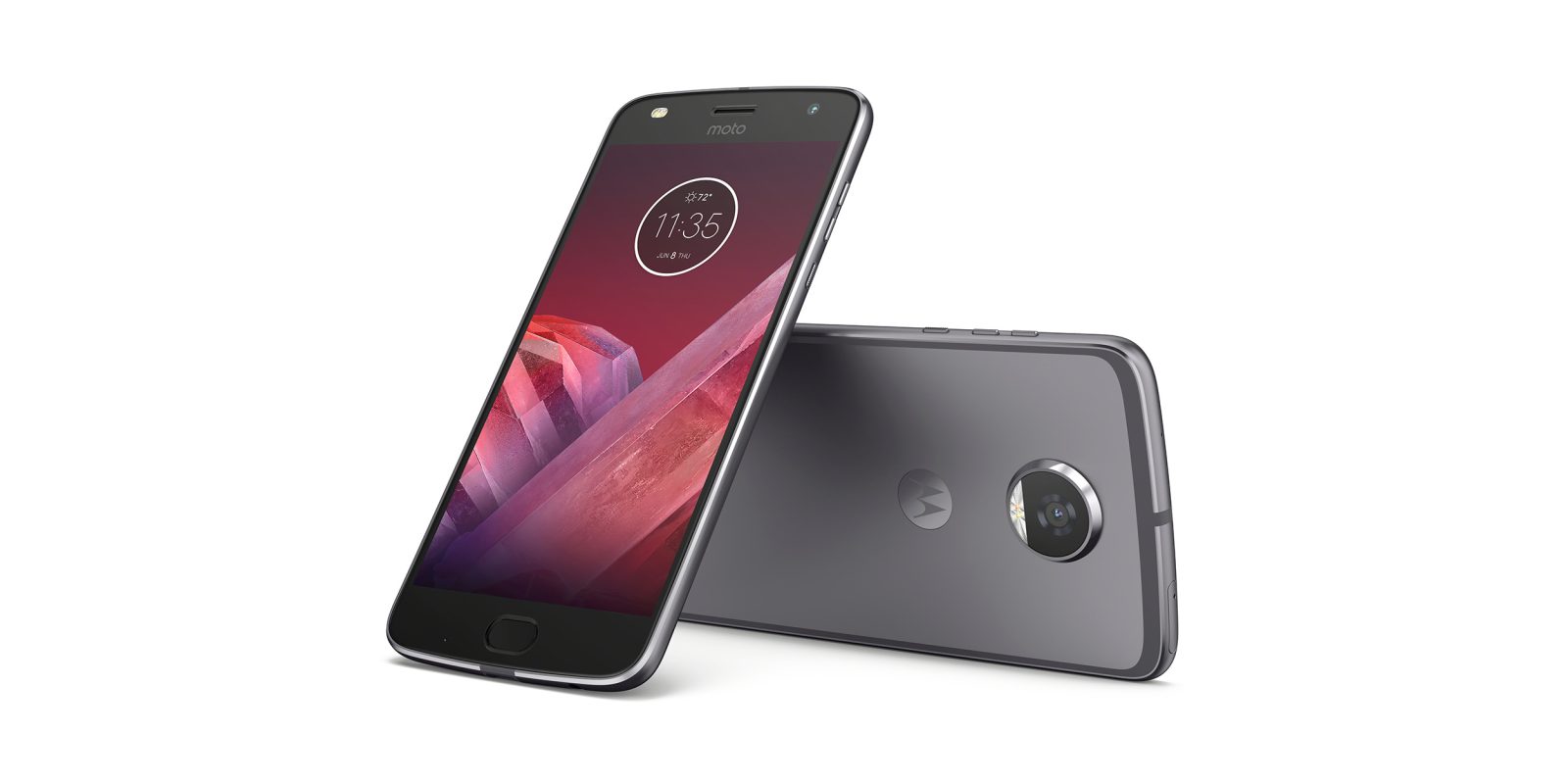 Motorola’s collection of Moto Z phones last year weren’t the most popular, but one stood out as a clear winner — the Moto Z Play. With stunning battery life and excellent performance, it was a solid phone by every definition. Today, Motorola is taking the wraps off of its successor, the Moto Z2 Play.

The Moto Z2 Play is, as expected, pretty similar in terms of design to the original device. It drops the glass back for one made from metal just like on the standard Moto Z phones. It also retains the Moto Mod pins and huge camera bump, as well as the same overall layout on the phone’s various aspects.

The phone is quite a bit thinner than the original, coming in at just 5.99mm thick. That puts it more into the same class as the original Moto Z. Thankfully though, it doesn’t ditch the headphone jack despite that size.

Unfortunately, the Moto Z2 Play does see a pretty significant reduction in battery size, going from 3,510 mAh to just 3,000 mAh. While that should still power most users through a full day, it won’t provide the same epic battery life the original saw.

As for specifications, the Moto Z2 Play is running on top of a Snapdragon 626 processor, 3/4GB of RAM, 32/64GB of storage, and Android 7.1 Nougat. It also uses another 5.5-inch 1080p AMOLED display, something that, combined with the processor, should contribute to extending the battery life. Sadly though, Motorola only claims 30 hours with this phone compared to the original’s 50 hours. Fast charging is included though, with Motorola claiming 8 hours of power in just 15 minutes of charging over the USB-C port. 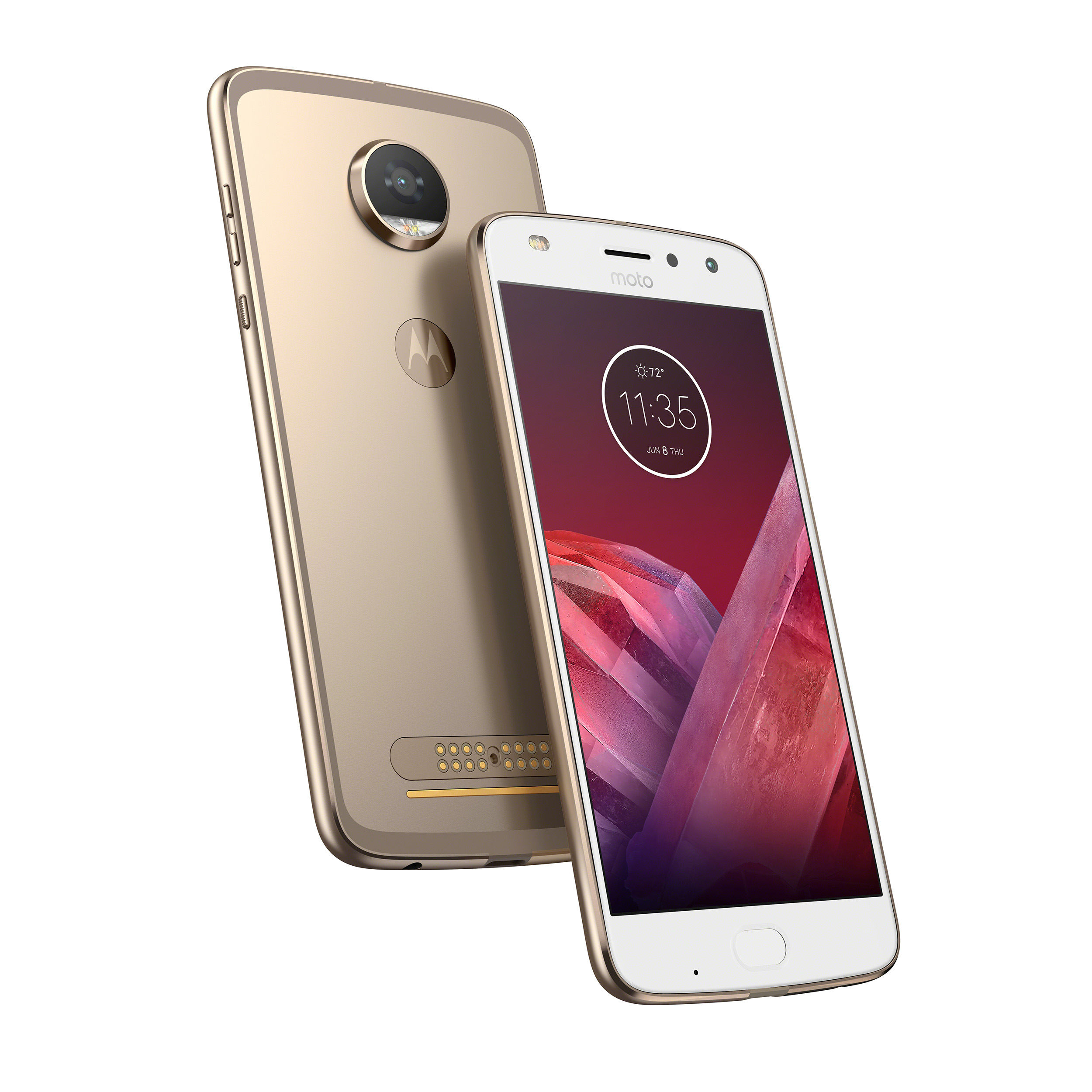 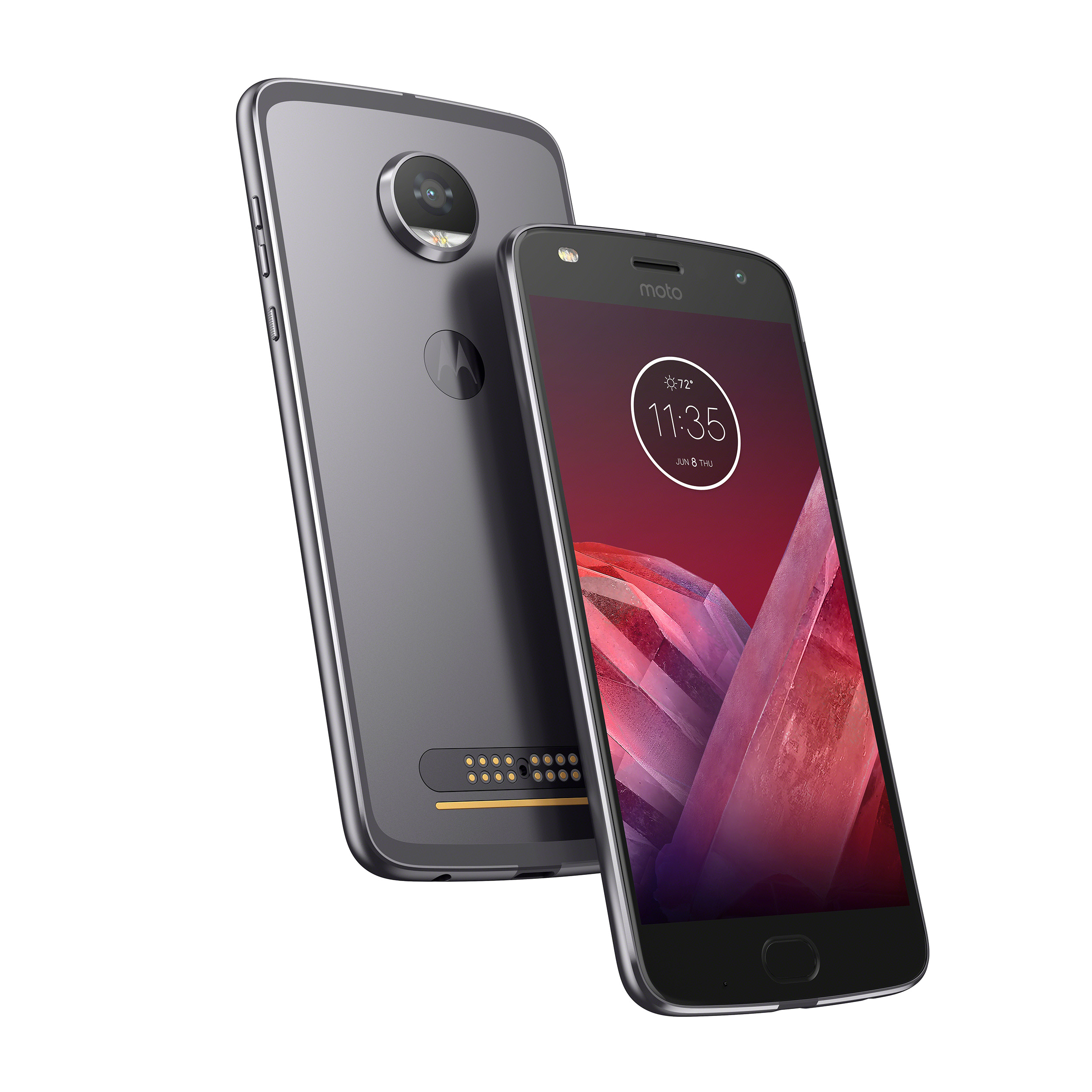 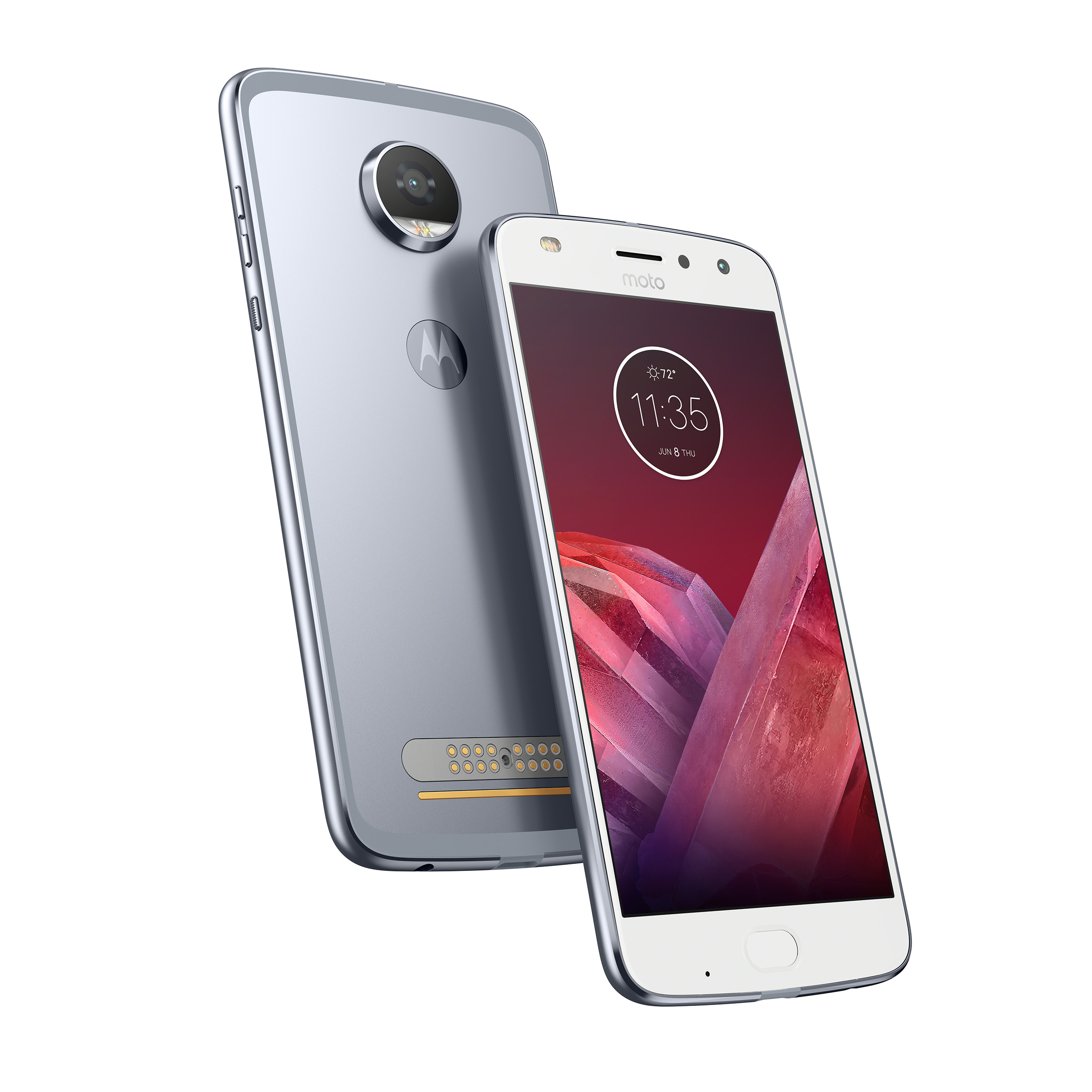 The Moto Z2 Play also sees an upgrade in the camera department with a 12MP rear shooter that offers both dual-pixel and laser autofocus with an f/1.7 aperture. The front facing sensor comes in at 5MP with an f/2.2 aperture and dual LED flash.

As far as software goes, the Moto Z2 Play offers up the same experience we’ve loved for quite some time. Namely, a near-stock Android experience with a handful of Moto additions. This time around, Motorola has enhanced Moto Voice to include voice commands that can instantly bring up information without needing to touch or unlock the phone. Further, the phone now supports a Night Mode like Google’s Pixel and the same fingerprint actions that the company debuted on the Moto G5 Plus.

The Moto Z2 Play will be coming to the US this summer with the 4/64GB model being priced at $499. The phone will be sold unlocked directly from Motorola as well as being available through Verizon Wireless. Pricing for Verizon’s offer is unclear at this time, but if last year’s model was any indication, it’ll be quite a bit lower.