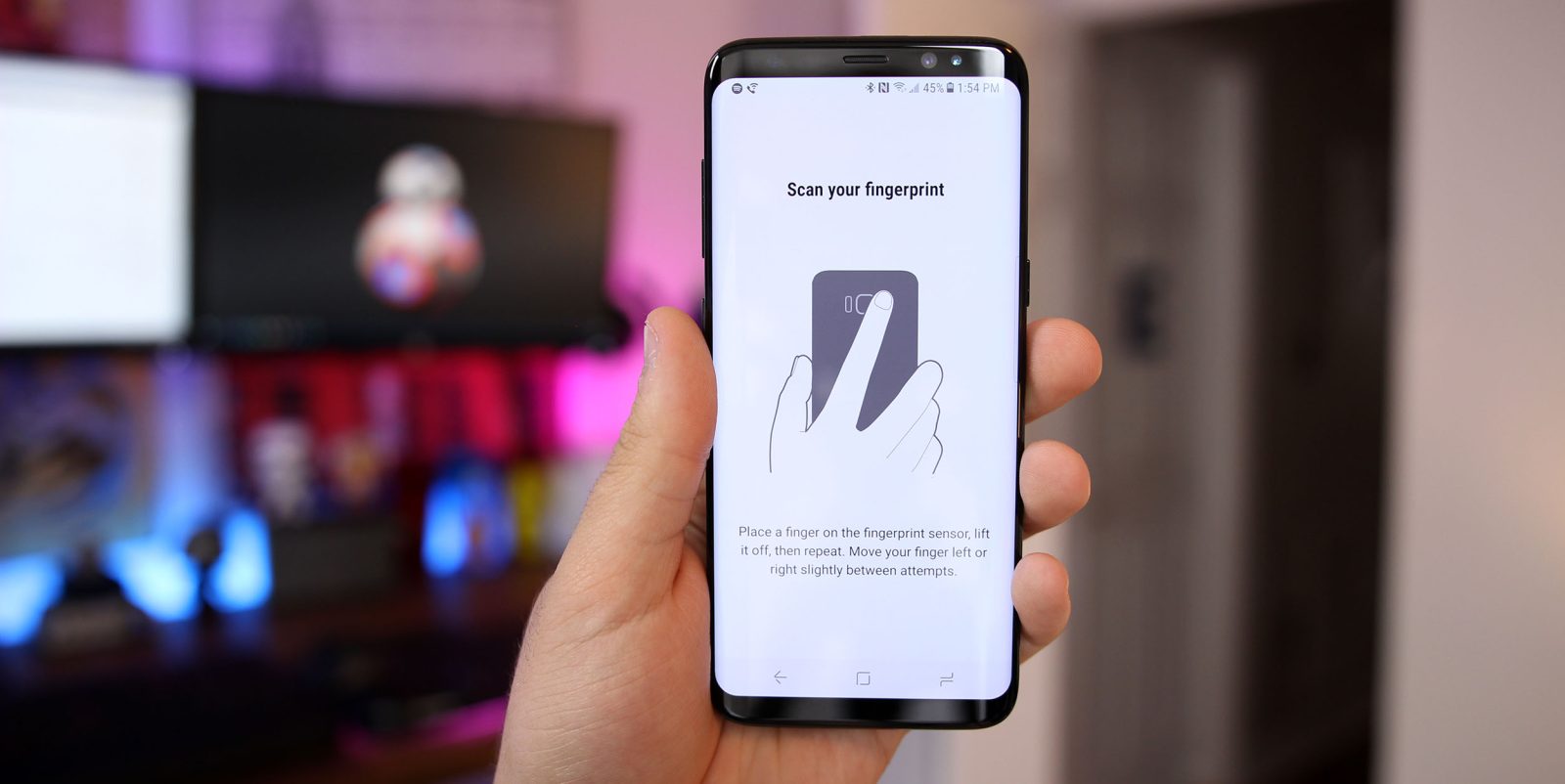 One of the biggest disappointments in the Galaxy S8 has been the rear-mounted fingerprint sensor, and that’s not going to get any better in the upcoming Galaxy Note 8. According to KGI, though, there’s a light on the horizon.

KGI predicts in a new report that Samsung will stick with the same rear-mounted fingerprint sensor on the Galaxy S9, due out early next year. While that’s a bit disappointing, we can hope that Samsung listens to customer feedback and adjusts the position to a more ergonomic location.

However, Samsung is reported to be making its first smartphone with an under-display fingerprint sensor in the Galaxy Note 9. The report says that Samsung has no reason to risk the technology in the S9 since the upcoming iPhone 8 has ditched efforts to implement it. Seeing that mass-production level options are coming soon, it’s clear that Samsung has good reason to bring that technology to its fall release.

Since OLED iPhone has cancelled under-display fingerprint recognition/touch ID function, and as Galaxy S9 will have the new selling points of upgraded iris recognition and dual camera, Samsung has no need to risk adopting under-display optical fingerprint solution in a hurry.

KGI further reports that Samsung will switch from Synaptics to Egis at the time of the Note’s release to supply the company with fingerprint sensors on the Galaxy Note 9. It’s also important to note that the switch to this technology is not a simple one, as the cost of that sensor is estimated to be 4-5 times as expensive.

Obviously, we’re still quite a ways out from learning more details about either of these smartphones, but if KGI’s predictions are correct, it’s looking great for Samsung’s 2018.