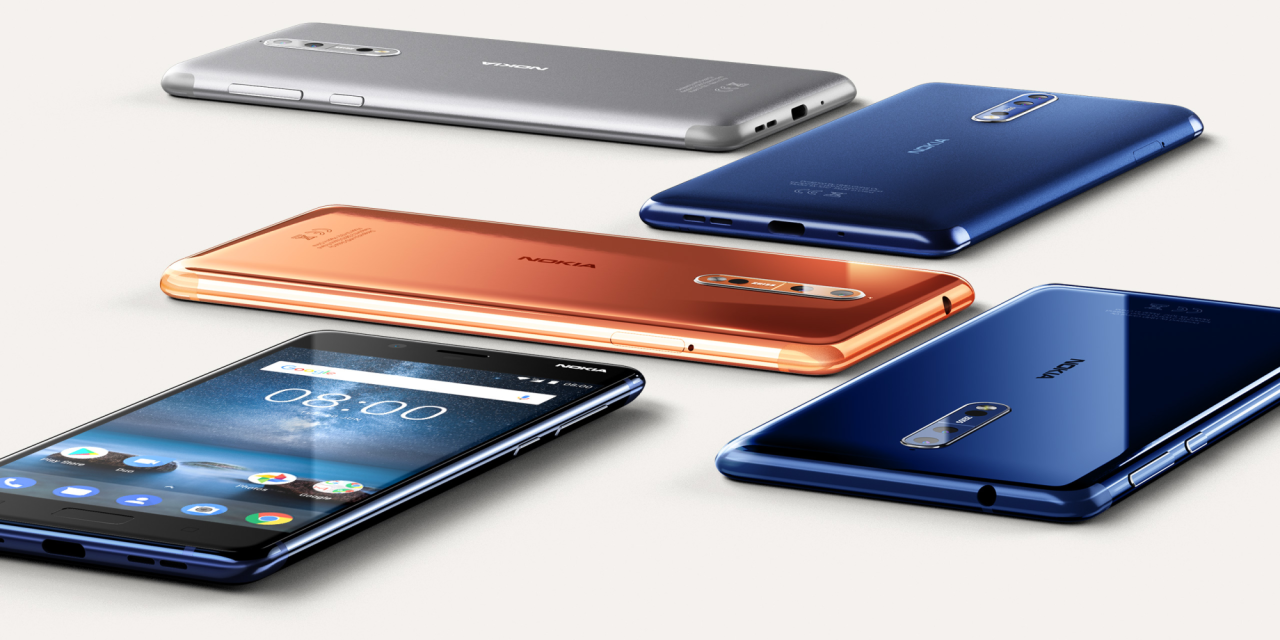 As widely expected, Nokia today officially announced its first flagship Android phone. The Nokia 8 shares the design of its current lineup, but with specs that match the current wave of 2017 flagships. Beyond a Snapdragon 835 processor, there is also a dual-camera lens setup on this stock Android device.

The Nokia 8 shares the design of the Nokia 6, but with a slightly smaller 5.3-inch display (versus 5.5), though the resolution is bumped to 2560 x 1440. Despite being a Gorilla Glass-covered LCD display, Nokia has an always-on display that works through a low-power section at the top of the screen. At the moment, it only displays the date/time, battery status, and call/email/text notifications only.

The aluminum rear is polished, rather shiny, and continuous, with antenna lines located at the top and bottom. Colors include: Polished Blue, Tempered Blue, Steel, and Polished Copper.

There are curved edges, while the front retains capacitive buttons flanking the home and fingerprint sensor. This of course results in thicker top and bottom bezels, though the body is slim at 7.3mm thick.

On the camera front, this Nokia is using Zeiss optics for both the front and rear facing 13-megapixel cameras. The second camera on the rear captures a monochrome image. The audio story features a 3.5mm jack, as well as spatial audio recording thanks to Nokia’s OZO technology used in their 360-degree camera rigs.

The Nokia 8 is priced at 599 euros ($705). At the moment, there are no precise plans to bring the phone to the US, through HMD Global is interested in doing so.