Nokia has been slowly keeping its promise of delivering Android Pie to several of its devices, and this week that finally includes the Nokia 8. As part of a phased rollout, Pie is now heading to all users as an OTA update.

More than a month ago, Nokia announced the Nokia 8, which runs Android 7.1.1 out of the box. Google released Android Oreo soon after that, and seeing as Nokia is one of the more reliable manufacturers pushing out Android updates as of late, it shouldn’t be long before we see that release on Nokia’s new handset.

Now it’s clear, thanks to some new images published on Twitter, that the Android Oreo update for the Nokia 8 is nearing release… As widely expected, Nokia today officially announced its first flagship Android phone. The Nokia 8 shares the design of its current lineup, but with specs that match the current wave of 2017 flagships. Beyond a Snapdragon 835 processor, there is also a dual-camera lens setup on this stock Android device.

END_OF_DOCUMENT_TOKEN_TO_BE_REPLACED

Apple Silicon made in America – explaining the conflicting reports [Comment]

The Nokia 8 will be officially announced on August 16

So far this year, we’ve gotten three Nokia-branded Android smartphones – the Nokia 3, 5, and 6. HMD Global (the company that owns the Nokia name) is suspected to be working on its first true flagship Nokia phone in the form of the Nokia 8, and thanks to a report from The Verge, we now have a date as to when the upcoming phone will be announced.

END_OF_DOCUMENT_TOKEN_TO_BE_REPLACED

Nokia 8 gets shown off in a shiny new copper color

Nokia is a name that hasn’t existed in the Android world for very long. Not counting the Nokia X that ran a heavily modified version of the Android OS, the first real Android-powered Nokia phones launched earlier this year in the forms of the Nokia 3, Nokia 5, and Nokia 6. We’re expecting the Nokia 8 – the true flagship of these phones – to be announced later this year, and thanks to some hands-on photos on Baidu, we’ve got a new look at the phone in a brand new color.

Nokia’s back in the smartphone race, this time playing on the winning team with Android powering its latest crop of devices. Following the currently available budget devices such as the Nokia 6, the company is expected to unveil a flagship later on this year, and today we’re learning quite a few new details about it.

END_OF_DOCUMENT_TOKEN_TO_BE_REPLACED

This guy built a six-seater electric bike for $150, and it absolutely rips

This could be our first look at Nokia’s camera-focused Android flagship, the Nokia 8 [Video] 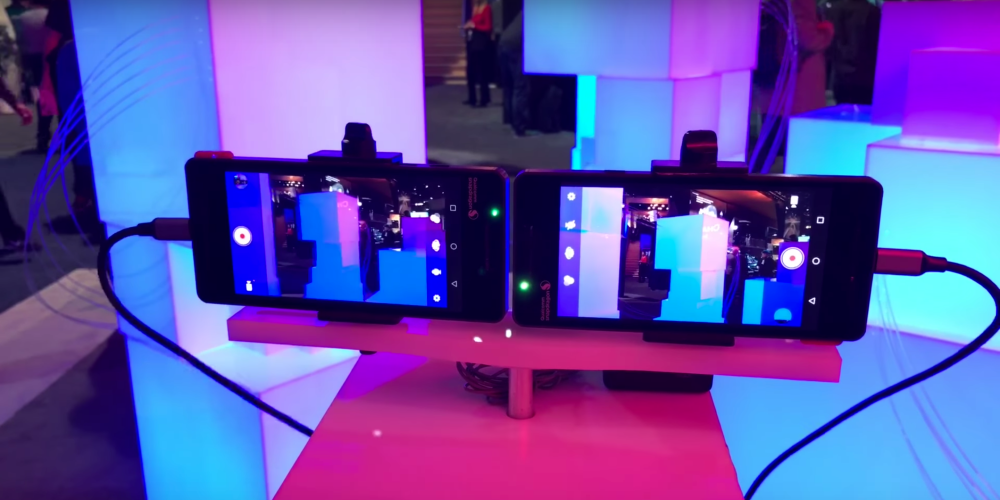 Update: Apparently, the devices in question are in fact not Nokia’s, nor they actually have anything to do with the Finnish company. As per a video from WinFuture’s channel (in German), it looks like these are simply reference design phones made by Qualcomm itself. All in all, now that I can see the whole thing better, I’m just glad it’s that way. Hopefully February’s announcement will bring some excitement.

We reported yesterday about Nokia‘s likely intention to unveil a flagship Android smartphone outside of China on February 26, a day before the beginning of this year’s Mobile World Congress. However, it looks like the cat may already be out of the bag.

As it turns out, Nokia’s trojan horse back into the smartphone world was present at CES, albeit in disguise. The alleged ‘Nokia 8’ was showcased at Qualcomm‘s booth, where the company asked people not to take photos of it. Of course, however, someone did (via GSM Arena)…