Google essentially just confirmed that Android O will be ‘Oreo’

While Google has yet to officially confirm the name of the upcoming version of Android, Android O, it’s been widely speculated that it will be Oreo. After all, there aren’t many other desserts that start with an O, so it makes sense that Google would pick it. Today, in a since-deleted teaser posted on Google+, the company basically confirmed that this is true.

The brief video (embedded below) doesn’t give us any information about the Android version itself. Rather, it simply teases the August 21st reveal date as well as the Solar Eclipse tie in that Google is going to with. However, the video’s file name does reveal a bit more than the company probably intended.

Viewing the video’s file name on Google+ reveals it as GoogleOreo_Teaser_0817_noDroids (1).mp4, essentially confirming that the company is indeed going with that name. Again, this makes sense, and it even ties in with Google’s Android L teaser from a few years ago. 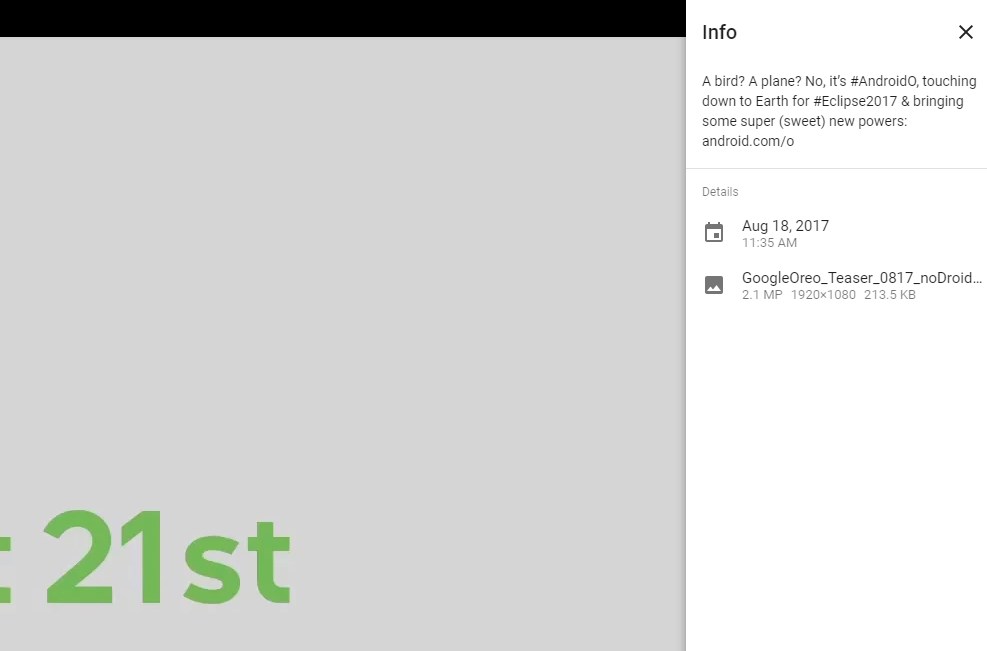 Obviously, this isn’t concrete proof that Google is going with Oreo, but put this on top of the recently added black-and-white octopus easter egg and the solar eclipse reveal events, and it absolutely seems like the most likely scenario.

Update: Since deleting the original post, Google has reposted the video with the filename OctopusTeaser.mp4. Which one do you believe? 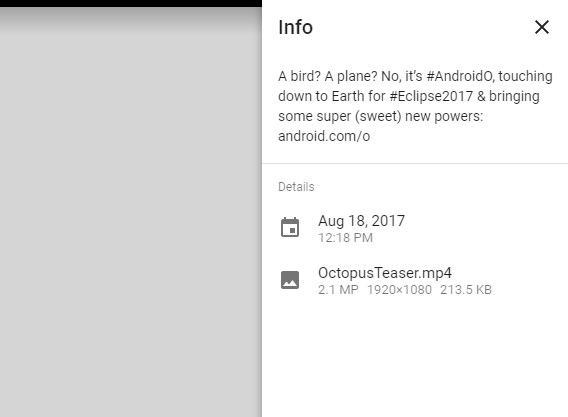 Update 2: A few minutes ago, Google deleted the repost and uploaded an identical video. The key difference is how the new video has been renamed from OctopusTeaser.mp4 to OatmealCookie_Teaser.mp4. Bug tracker references earlier this year suggested that Oatmeal Cookie was Android 8.0’s development codename.

Google is more than likely trying to throw people off the scent, with many now assuming that Oreo is the name for the next version of Android.