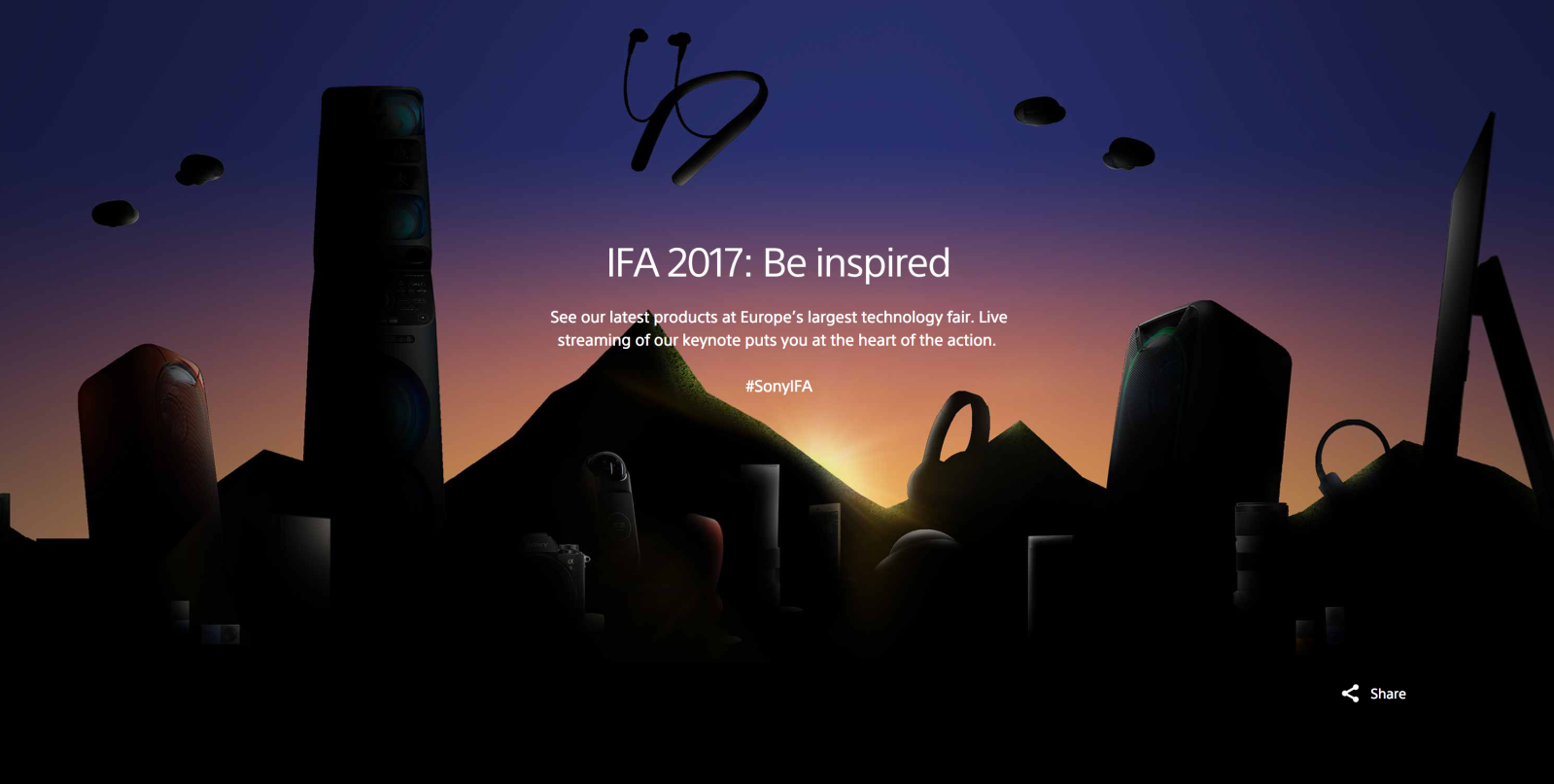 IFA 2017 is well underway, and although LG’s V30 announcement might have been the highlight for a lot of people, there are still plenty of new gadgets and product announcements to talk about. Following LG’s event earlier this morning, the next company that will be taking the stage is Sony.

Similar to the likes of LG and Samsung, Sony has its hands involved in a lot of different markets. Along with the company’s smartphone offerings, Sony also kicks out a wide array of cameras, audio equipment, computers, and more. The company’s IFA 2017 teaser page hints that we’ll be seeing announcements from all of these different product categories, and when it comes to smartphones, we’re expecting Sony to announce its new Xperia XZ1 and XZ1 Compact.

The XZ1 has been shaping up to be the successor to the XZ Premium that came out earlier this year, and the XZ1 Compact will be a smaller version of the XZ1 that still offers high-end specs in a smaller body.

Sony may not be the biggest name in the mobile industry, but the company did put out some interesting ideas with the XZ Premium — such as a true 4K display and 960 FPS slow motion video capture.

Sony’s IFA 2017 press conference kicks off at 7:00 AM EST, and if you want to watch from your home, you can tune into the livestream right here on Sony’s website.