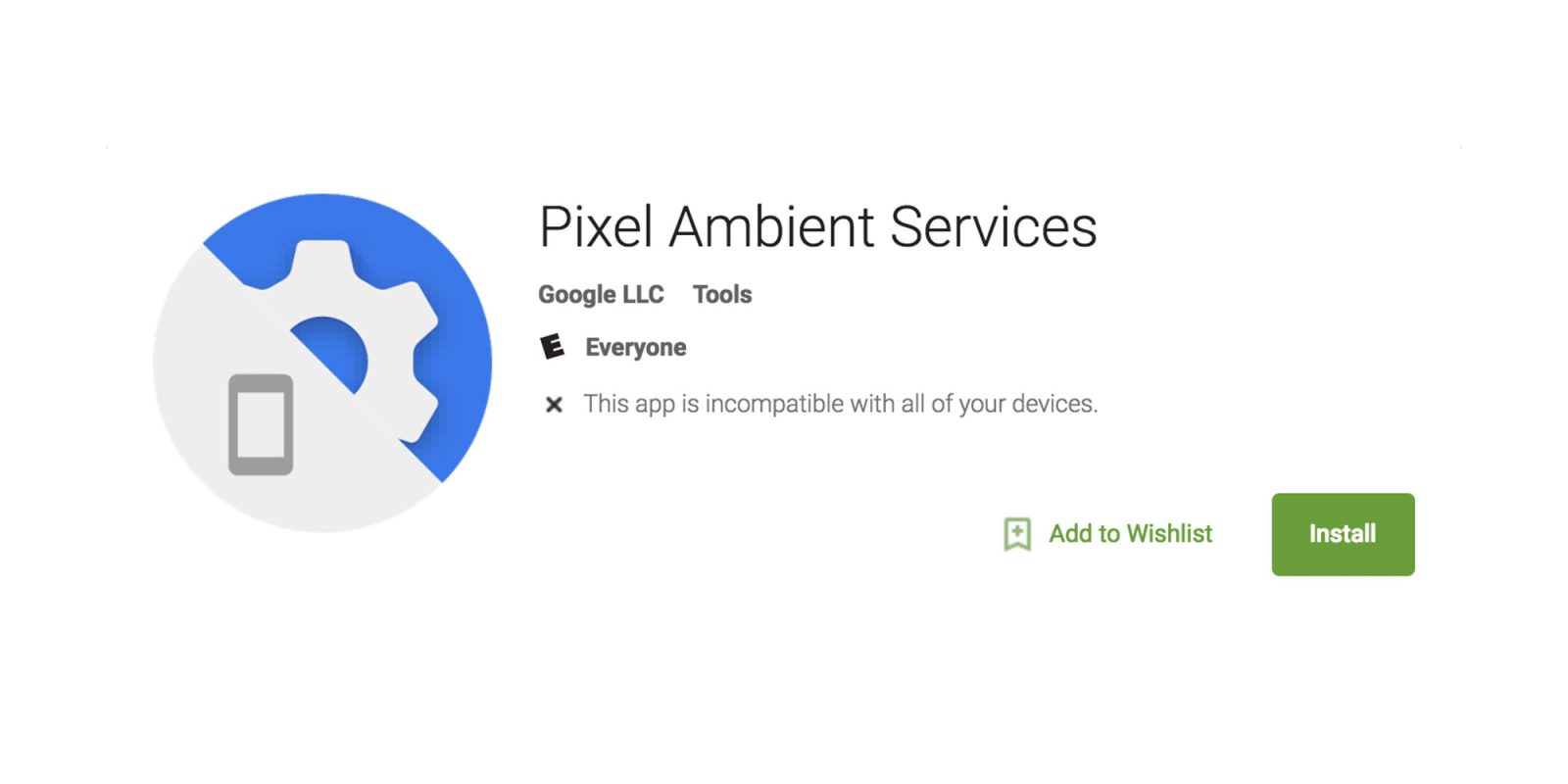 Late last month a rumor started to make the rounds that the Google Pixel 2 would have an always listening feature that would recognize music playing in the background. It would then use this information and display the song on the handset so the user could easily see what is playing. A new ‘Pixel Ambient Services’ app just showed up in the Play Store which has confirmed this functionality…

The Pixel Ambient Services application is not yet compatible with any current devices, but the screenshots on the app’s listing shares a lot of information.

First and foremost, there is a screenshot that actually shows the music recognition in action. While the rest of the lockscreen goes untouched, there is a small blurb of text near the bottom of the display that shows a music icon and the name of a song and its artist.

A second screenshot, which actually shows the outline of the Pixel 2 XL, shares a little more information about how the services work. It reads as follows:

When music is playing nearby, you can see the song  name and artist. Now Playing works offline and never sends songs or conversations to Google.

Lastly, the listing for Pixel Ambient Services describes the application as “[providing] features based on local context for Pixel devices.” The last screenshot shows one of these features which is an automatic do not disturb setting that turns on when the device notices motion and is paired with specific Bluetooth devices.

We should learn more about this application and some of its additional features here shortly as Google kicks off its Pixel 2 event. Make sure to check it out here.