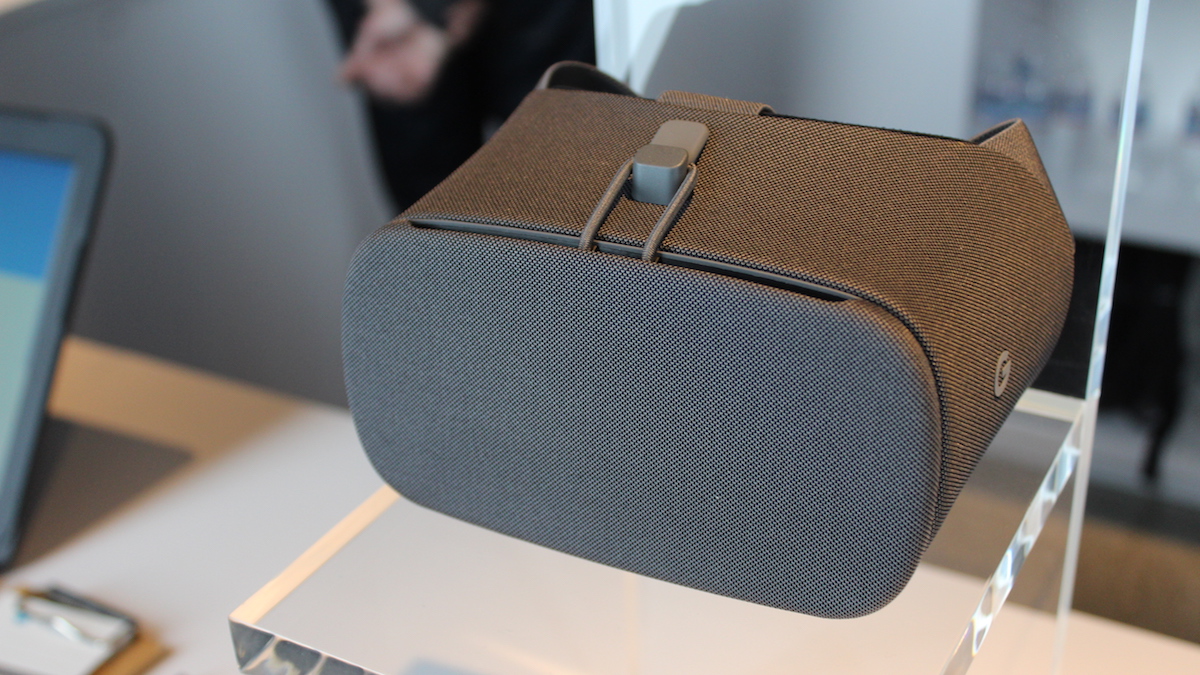 Google today announced its latest round of hardware, and in addition to new phones, Homes, and laptops, the company showed off a new generation of its Daydream View VR headset. This was one of the more minor announcements of the day, but it definitely wasn’t nothing.

Google didn’t have time to touch on everything new with Daydream View during the keynote, but we caught up with a Googler during the hands-on time to get the details. The new Daydream View has a new over-head elastic band, a new magnesium heatsink to dissipate heat a bit better, a wider field of view, and a new, better fit for the part that touches your face.

I think the most interesting change is the addition of the magnesium heatsink. We saw problems last year with the Pixel overheating a bit while playing around in VR, so it’s good to see the Mountain View company take note. VR is pretty intensive no matter how you slice it, so the Daydream View being able to reduce that as much as possible is nice.

Interestingly, though, the addition of this heatsink means that the Daydream View controller is no longer stored within the headset like it was with last year’s model — which I actually thought was a really great design choice. Now, it’s supposed to be slipped into the band, which seems clumsy to me.

Beyond that, the View comes in a few new colors and starts at $99 compared to last year’s $79. Is it worth the extra $20? I’m going to need to spend a little more time with it before I know for sure, but I’m thinking it’s not entirely outrageous. It’s a great little viewer.