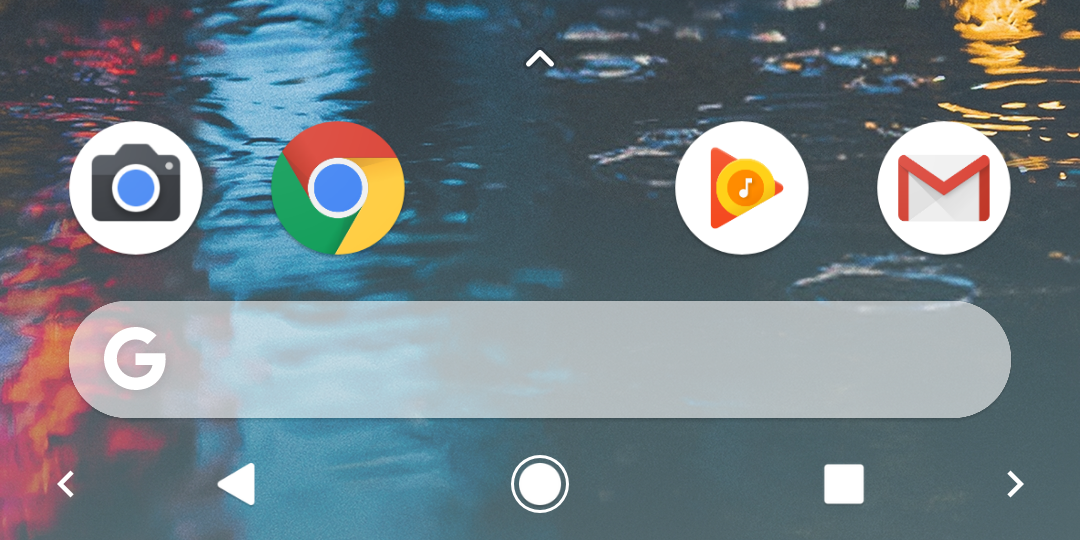 One of the more unique features about the Pixel Launcher on the Pixel 2 is its bottom Google bar. While odd, it is quite clever given how on large phones — like the XL — it is harder to reach the top of the screen to perform a Search. While the new Made by Google phones won’t be available until next week, you can install the launcher right now.

Officially, the Pixel Launcher is an exclusive to Google’s latest phones and the solitary Pixel C tablet. However, users have long been able to get it on their own devices through sideloading. The latest launcher found on the Pixel 2 is conveniently compatible with devices as far back as Android 5.0 Lollipop.

How the Search bar raises everything a row is immediately noticeable upon first launch. It will take a bit of an adjustment, but it’s quite convenient to have Search and the Assistant quickly accessible. Additionally, it allows Search to be available on every homescreen page.

One neat detail is how the ‘G’ logo on the Search bar adapts to your wallpaper, with some seeing a gray icon and Google Store renders showing the usual colorful variant.

Meanwhile, the other major feature is the “At A Glance” section at the top of the launcher. We actually already encountered it in a previous teardown of the Google app. Version 7.9 first included mentions of a feature that could surface some notifications in a “smartspace.”

Holding down on it reveals a menu to open “preferences” where users can enable/disable Calendar events or Traffic information. The date and weather widgets are permanent fixtures.

We were also able to activate “Upcoming flight information” to show “Boarding times and flight alerts.” As Google noted on stage at the 10/4 event, more types of information are coming soon. Using similar methods, we were also able to activate a search field in the app drawer that looks like the Google Bar on the homescreen. Otherwise, the search apps field remains unchanged.

Another small change redesigns the app shortcuts and notifications panel. In Oreo, when an app has a notification, holding down on its icon shows active alerts. Users can quickly preview notifications on an app-by-app basis, as well as dismiss them.

The latest Pixel Launcher merges shortcuts and notifications into one panel, while also providing more padding for the latter.

The Google Clock icon now updates the hours and minutes, though it drops the seconds hand.

The version of the Pixel Launcher available from APK Mirror is P-4275643.

Dylan contributed to this report