Last year’s Pixel and Pixel XL replaced the Nexus lineup as the de facto flagships for stock Android purists, and they ended up being some of the best phones on the market. Naturally, we were excited to get our hands on their sequels, and I’ve spent the weekend with the Pixel 2.

Our full review is coming soon, but in the meantime we wanted to give some of our early impressions on the Pixel 2 and Pixel 2 XL — and I was tasked with sharing my thoughts on the smaller one.

I’ll be honest and say that I’m not at all a fan of the Pixel 2’s hardware. Aesthetically, it’s a much more unique and distinguished design than last year’s largely uninspired Pixel, but it’s the build quality that gets me down.

Just like last year’s model, the Pixel 2 is made of aluminum, which is typically my preferred material over glass (though the lack of wireless charging has me wishing they would’ve gone with glass anyway), but the newly introduced coating on top makes the whole phone feel… maybe plasticky isn’t quite the right word, but it certainly doesn’t have that nice cold-to-the-touch feeling analogous to aluminum. I do like that the coating is at least a matte finish, and it even covers the antenna lines, making for a cleaner look.

In addition to the unfortunate coating, the Pixel 2’s power and volume buttons are far mushier than those of the original Pixel. It’s a minor complaint, sure, but the clicky buttons on last year’s Pixel reaffirmed a solid build quality, and well, that feeling just isn’t there this year. 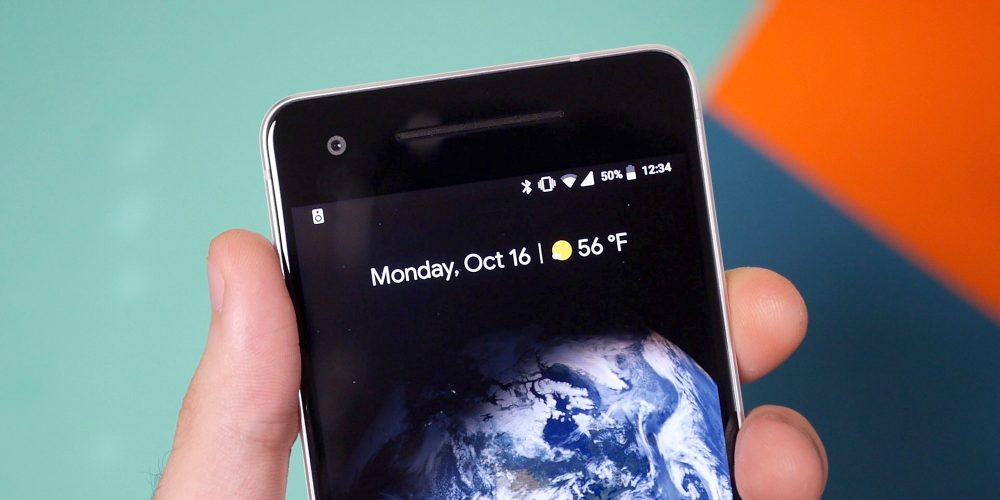 The hardware situation isn’t all bad, though. Yes, the bezels are enormous on the smaller Pixel 2 (even bigger than last year), but with those bezels come front-firing speakers, a feature we haven’t seen on a Google device since the Nexus 6P. I wish they kicked out a little more bass, but they get nice and loud with a clear midrange.

I’m thrilled that the Pixel 2 is IP67-rated for water resistance, a frustrating exclusion in last year’s Pixels (don’t get too worn out that it’s not IP68), though speaking of exclusions: yes, the Pixel 2 ditched the headphone jack. I don’t like it any more than you do, but it is what it is — thankfully they at least included a USB-C adapter in the box.

As far as the smaller details go, squeezing the phone to launch Google Assistant (a la HTC U11) is a thing, though it feels a bit weird in practice and I don’t see myself using it over just long-pressing the home button. Haptic feedback is improved from the original Pixel, though it’s still not as good as the LG V30 or Apple’s almighty Taptic Engine. I don’t love the colors of the display, but to my surprise, 1080p actually looks plenty sharp at this size, even to my QHD-spoiled eyes. There’s no microSD card slot, but you should know that by now if you’ve ever shopped for a Google-branded device.

Okay, so the hardware isn’t perfect, but that’s not really why you’d buy a Pixel in the first place. The real reason to pick up the Pixel 2 over the increasingly competitive alternatives like the LG V30, Galaxy Note 8, or Huawei Mate 10 is the Google-birthed Android software experience, and it sure is good here.

The Pixel 2 runs a slightly tweaked version of Android Oreo, with its own set of new fonts, a refreshed power menu, and (finally!) a black theme for system elements that automatically turns on when you use a dark wallpaper. Yes, it’s as hot as you think it is. 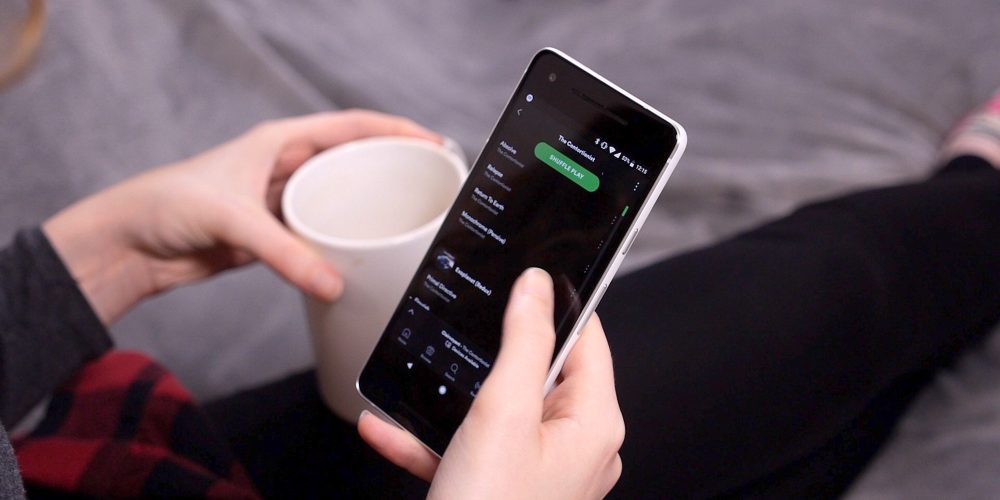 Bootup time is absurdly fast on the Pixel 2; when Ben sent it to me, it turned on so fast that I almost thought he forgot to turn it off before taking it to FedEx. Setup is also fast and easy. Once I signed into my Google account, the Pixel 2 installed all of my apps and automatically arranged them on my home screen the same way I had them on my Pixel XL, and it even made signing in to my apps easy with Oreo’s login autocomplete.

You’ve probably seen by now that Google moved the search bar down to the bottom of its launcher for the Pixel 2, and while I don’t love the new look it’s certainly easier to reach with one hand. There’s also a nice collection of new animated wallpapers, and I’ve really been enjoying one of the Earth wallpapers — it uses your location to actually show your position on the globe; super nice touch! As you’d expect, the Pixel 2 is lightning fast and shows zero signs of hesitation throughout daily use.

The other thing to note, as Ben touched a bit more on in his initial look at the XL, is that Google is really embracing the idea that these phones are a portal to its AI and AR tech. Google Lens in particular is exclusive to the Google Pixel 2 for however long, although it’s still in pre-release form, and it’s pretty amazing. There’s also that always-listening music recognition feature. It’s great.

After a series of Nexus devices with disappointing cameras, we were shocked last year by how good the Pixel’s imaging was. It wasn’t just good, it was one of the best cameras of any phone on the market, so naturally we have pretty high expectations for the camera in the Pixel 2. I’ve only had the Pixel 2 for a few very busy days, so I haven’t yet had time to snap landscape photos or test low light and video performance, but I wanted to spend some time with the new Portrait Mode in particular, since it uses just a single lens and machine learning.

Yet again one of the best cameras on a phone

The results are fantastic; even without a secondary lens to assist in measuring depth, Google’s software is capable of pulling off some stunning shots. Like all artificial bokeh effects, this isn’t perfect, and finer details like hair can throw it off and lead to stitching errors. Still, I’ve been having a lot of fun with the effect so far, and I love that it still saves a copy of the original photo as a fallback.

Also new to the Pixel 2’s camera is built-in support for Motion Stills. Where on most phones you’d have to capture an animation directly in the Motion Stills app, the Pixel 2 automatically takes animated photos natively in the camera, much like Apple’s Live Photos. Best of all, you can view Portrait Mode and Motion Stills shots exactly the same way from a non-Pixel phone through Google Photos.

It’s still a little early for me to comment on things like battery life and software bugs, but I can at least say that so far, I haven’t had an issue with either. I still don’t love the hardware, but the camera alone is already making the Pixel 2 hard for me to put down. We’ll have a final review soon, but in the meantime you can read up on Ben’s initial review for early impressions on the larger Pixel 2 XL.