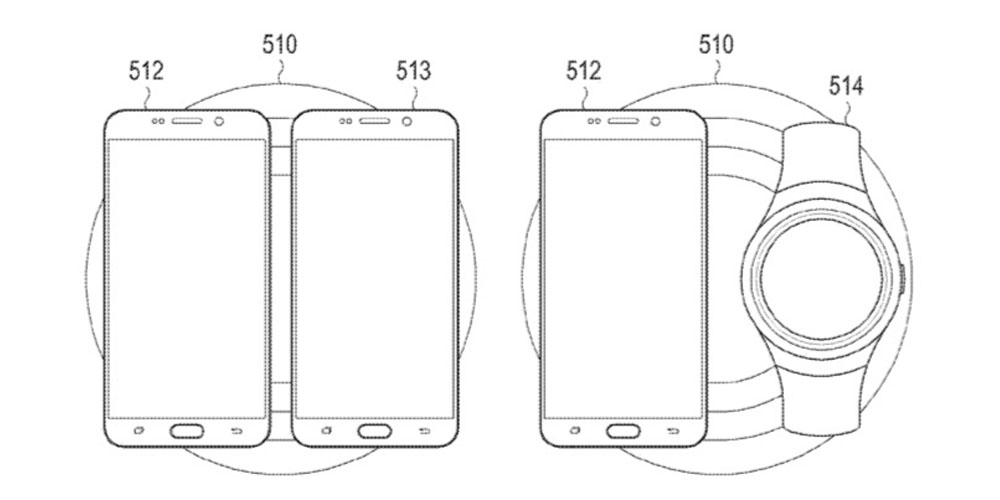 A patent application published on Friday shows that Samsung is working on a new wireless charging mat that would allow it to charge multiple devices at once. An illustration shows it simultaneously charging both a phone and a smartwatch.

Spotted by Patently Apple, the patent describes a mat which supports both inductive and resonant charging modes, making it suitable for all devices which conform to the Qi standard.

While Apple has already announced a product to do this, it hasn’t yet said when it will go on sale beyond sometime next year.

Samsung generally likes to be first to market with new technology and, where it can’t achieve this, be a ‘fast follower.’ Apple was a relative latecomer to wireless charging, making the move some four years after Samsung’s Galaxy S5, but now appears to be wanting to make up for lost time. Where Apple announces a product some time before availability, as it has here, that would potentially offer Samsung the opportunity to beat the Cupertino company to market.

Resonant charging allows contact-free wireless charging, with one startup promising a <$200 device that will allow you to use your phone while it’s charging.