Here’s the list of Android Wear watches being updated to 8.0 Oreo

Following the launch of Android 8.1, Google also released Android Oreo for Android Wear after a brief beta program for the wearable platform. A mostly technical upgrade, there are a handful of convenient new features. On Friday, Google announced a list of smartwatches getting upgraded to Oreo, as well as which devices are now receiving the update.

Android 8.0 adds notification channel support that provides more granular on-device control over app alerts, while background limits should aid battery life. The latter feature is coupled with a “Battery saver” feature that can now be manually toggled in settings.

Users can now also control the vibration stretch of notifications, as well as disable tap-to-wake with “Touch lock.” Android Wear is also rolling out to seven new countries/languages with this release.

Given the Beta Program, the LG Watch Sport was one of the first devices to get the update. The full list of devices getting Oreo (spotted by Android Police) now is below: 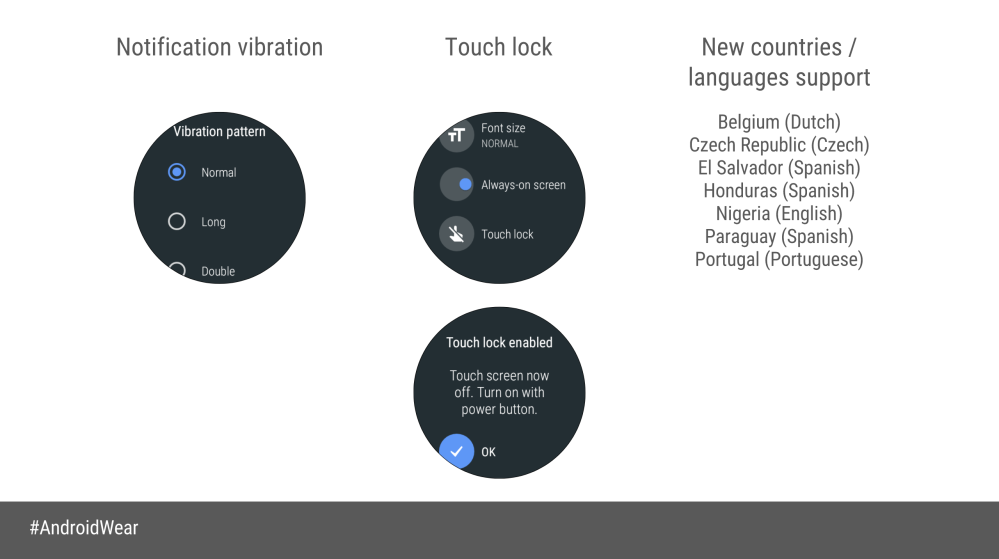 Meanwhile, “Watches that are currently pursuing the Android Wear Oreo (8.0) update” are:

Analyzing the list, older Snapdragon 400 devices are not receiving the update, with the original Huawei Watch and 2nd gen Moto 360/Sport from 2015 absent. In terms of devices from major tech companies, the Asus ZenWatch 3 currently seems like a particularly big omission. Meanwhile, all recent watches from fashion brands are getting the update.