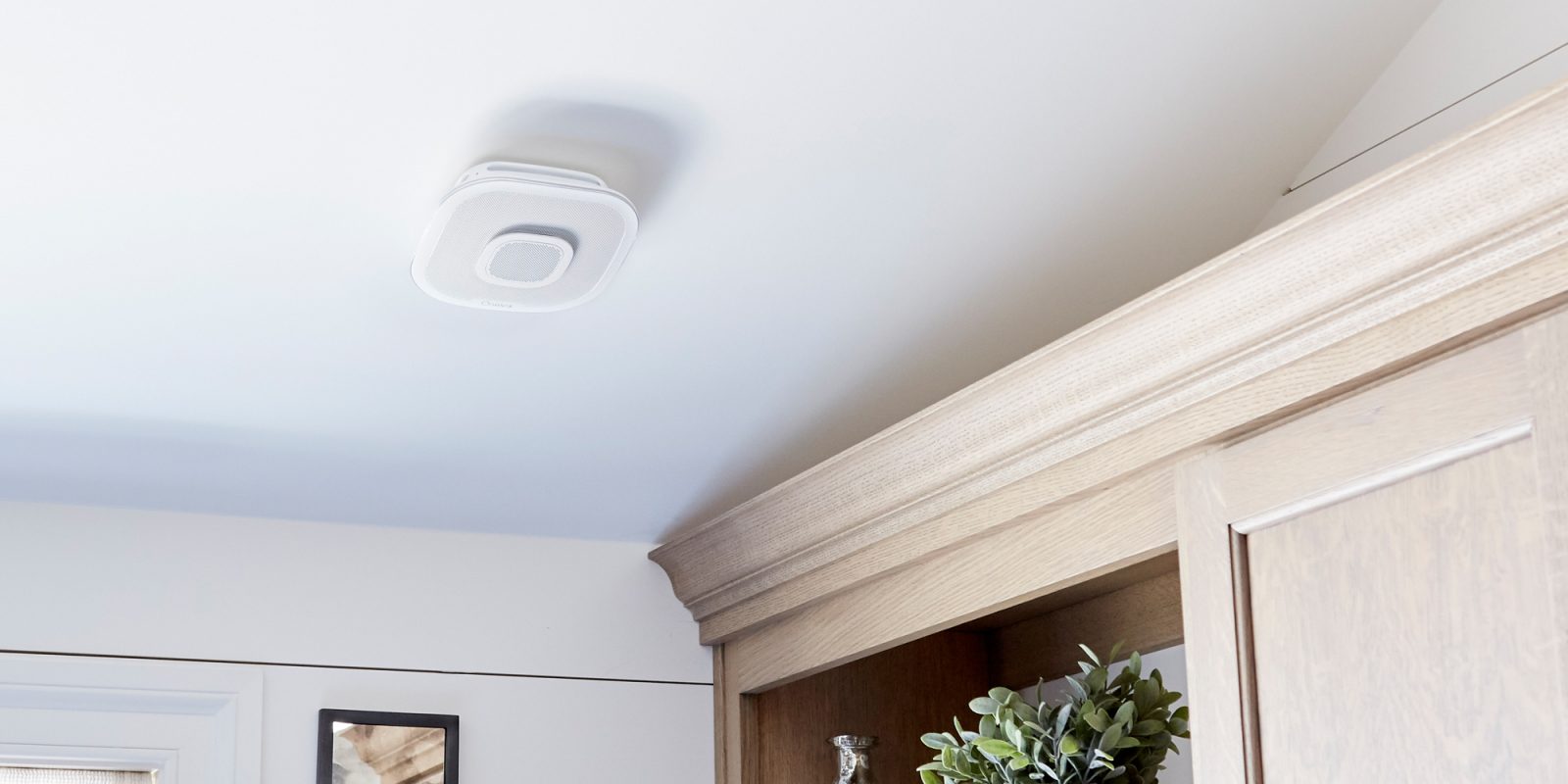 Google Assistant is starting to show up in everything from premium speakers to home appliances like washing machines. But what about a smart smoke and carbon monoxide detector that had Assistant built-in? Thanks to the upcoming First Alert Onelink Safe & Sound smoke detector, this will soon be a reality…

While walking around CES Unveiled, we came across the Onelink Safe & Sound smoke alarm and carbon monoxide detector. The smoke detector, which happens to have a built-in speaker and customizable night-light, is bigger than the average in-home smoke detector. Best yet, the company says that the smoke detector can use existing wiring and an integrated adaptor plug to power the device.

Google Assistant within the Onelink Safe & Sound works just like it does in other third-party smart speakers. It can play music, control smart home appliances, and much more.

One of the most disappointing aspects of the Onelink smoke detector is the fact that you won’t be able to use Google Assistant to silence the alarm if it detects smoke from a cooking mishap. This is most likely a safety precaution to make sure no one misuses the Assistant to silence alarms in the face of an emergency.

To silence an alarm, you will need to use the mobile companion application. Thankfully, the app will also receive push notifications when the smoke detector is set off, allowing you to know remotely if your home might be in harm’s way.

If you want to get one of First Alert’s Onelink Safe & Sound smoke detectors, you will have to wait until later this year. The company representative that we talked to let us know that the unit will retail for $249.99 but did not know when in 2018 the device would become available.

While the video below shows off Amazon Alexa built into the Onelink smoke and CO detector, we were told that the Google Assistant model will look and work identically.