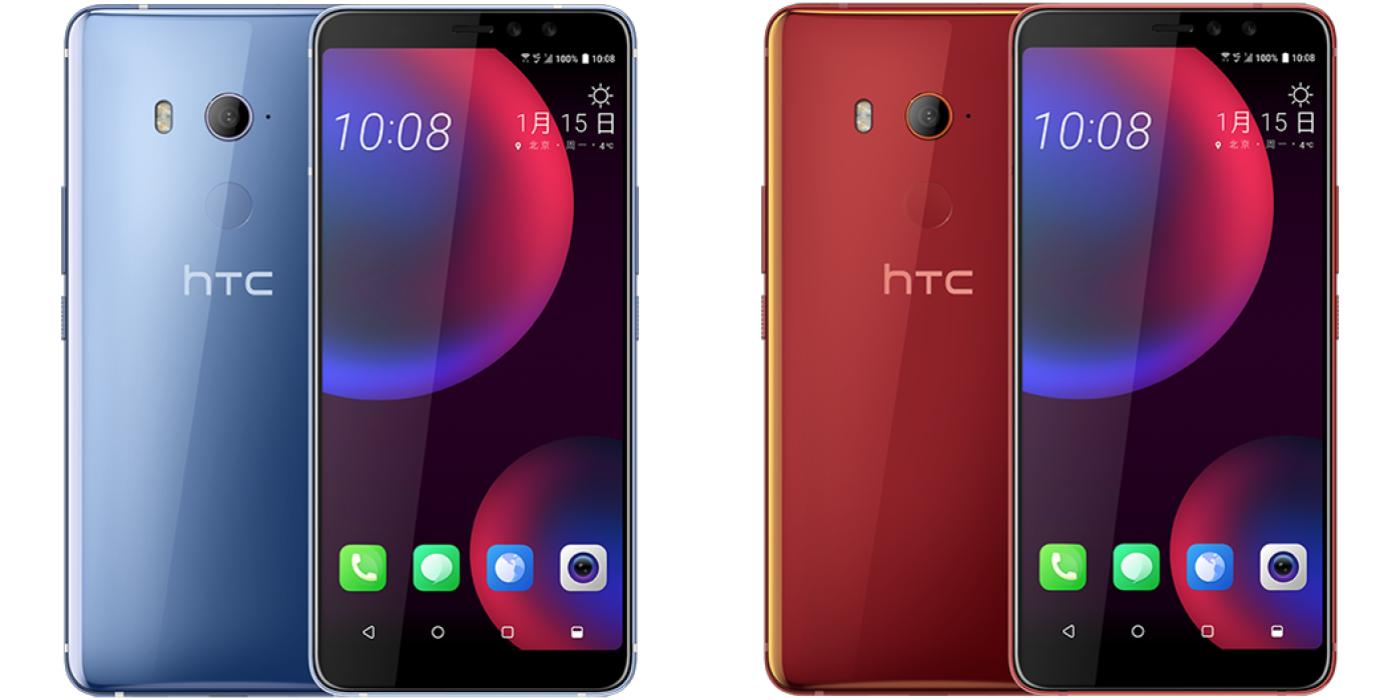 In November, HTC announced the mid-range U11 life and upgraded U11+ to complement the U11 released earlier in 2017. Rumors suggested that the company would round out the year with an additional device and a new leak today fully reveals the HTC U11 EYEs.

In a tweet, the venerable Evan Blass reveals the codenamed Harmony device. As part of the U11 line, it features a curving glass rear that comes in the bold colors of red, black, and a blue-ish silver. It also includes Edge Sense to trigger programmable actions by squeezing the phone.

Design-wise, the U11 EYEs takes its lead from the U11+ — rather than the original U11 — with its rear-mounted circular fingerprint scanner above the HTC logo and underneath the camera lens. As a result, the top and bottom front bezels are thinner, while the 6-inch 2160 x 1080 Super LCD3 display notably features rounded corners.

Other rumored specs include an octa-core Snapdragon 652 processor from Qualcomm with 4GB of RAM and 64GB of storage expandable via microSD card. Its large 3,930mAh battery charges via USB-C with IP67 dust and water protection.

Unfortunately, the device is launching with Android Nougat, instead of Oreo, with an expected reveal date of January 15th. According to Blass, Chinese pricing of the device will be ￥3,299.00 or approximately $510.