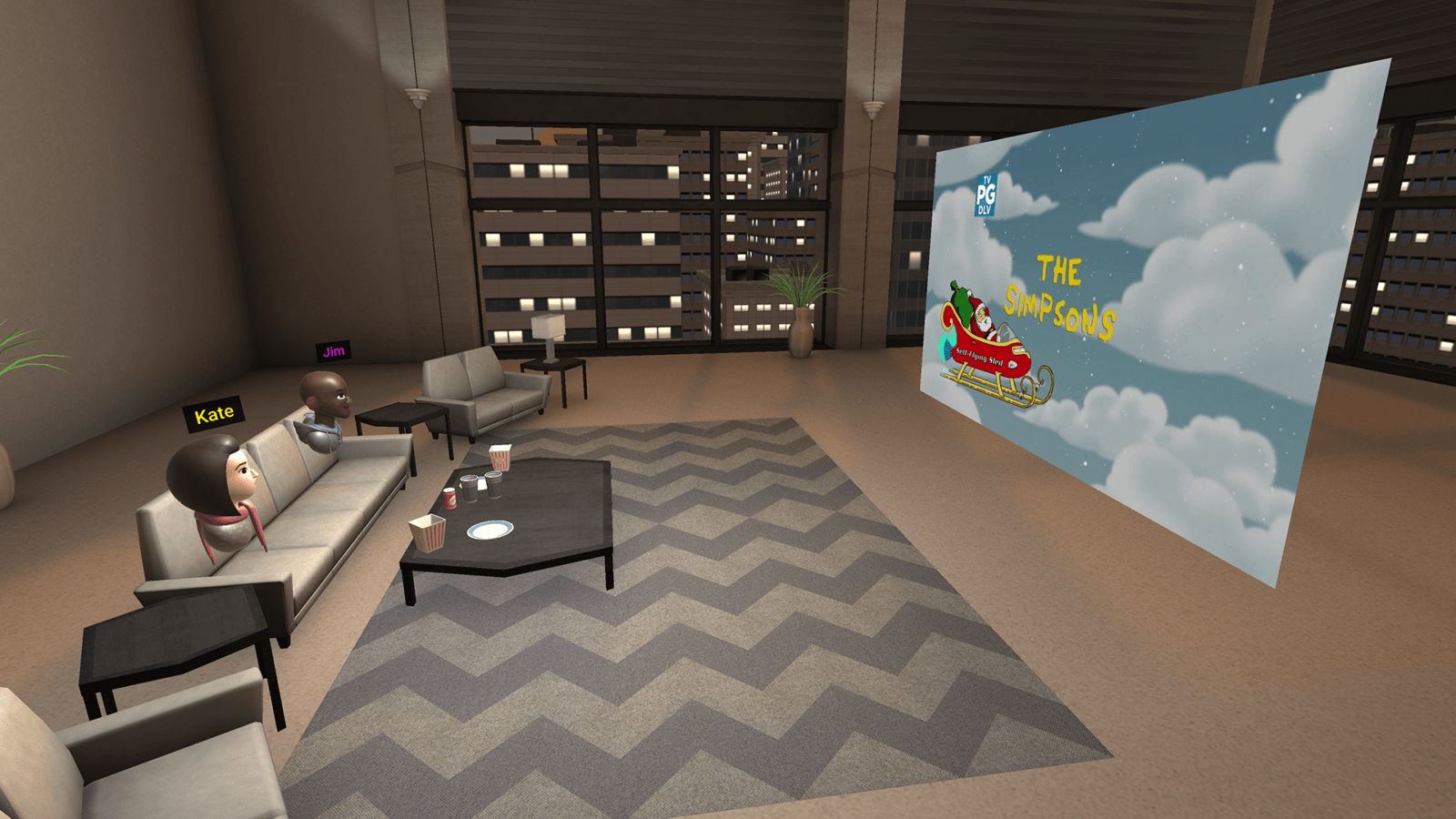 Plex is a great way to watch your favorite movies and TV shows anywhere you are, and today, the popular service is expanding to virtual reality with Google Daydream.

Plex VR is available now for free (and doesn’t require a subscription to work), with fully interactive viewing environments. Like a lot of VR experiences, you can change the setting in which you’re viewing content with scenes including a loft apartment, drive-in movie theater, and even deep space. The attention to detail is pretty impressive as well.

Along with that, you can interact with the entire scene, such as picking up cups and popcorn containers, and there’s mention of a kitten in Plex’s blog post. One thing I found pretty cool is that you can pull “posters” from your content library and put them on the couch next to you for later viewing. 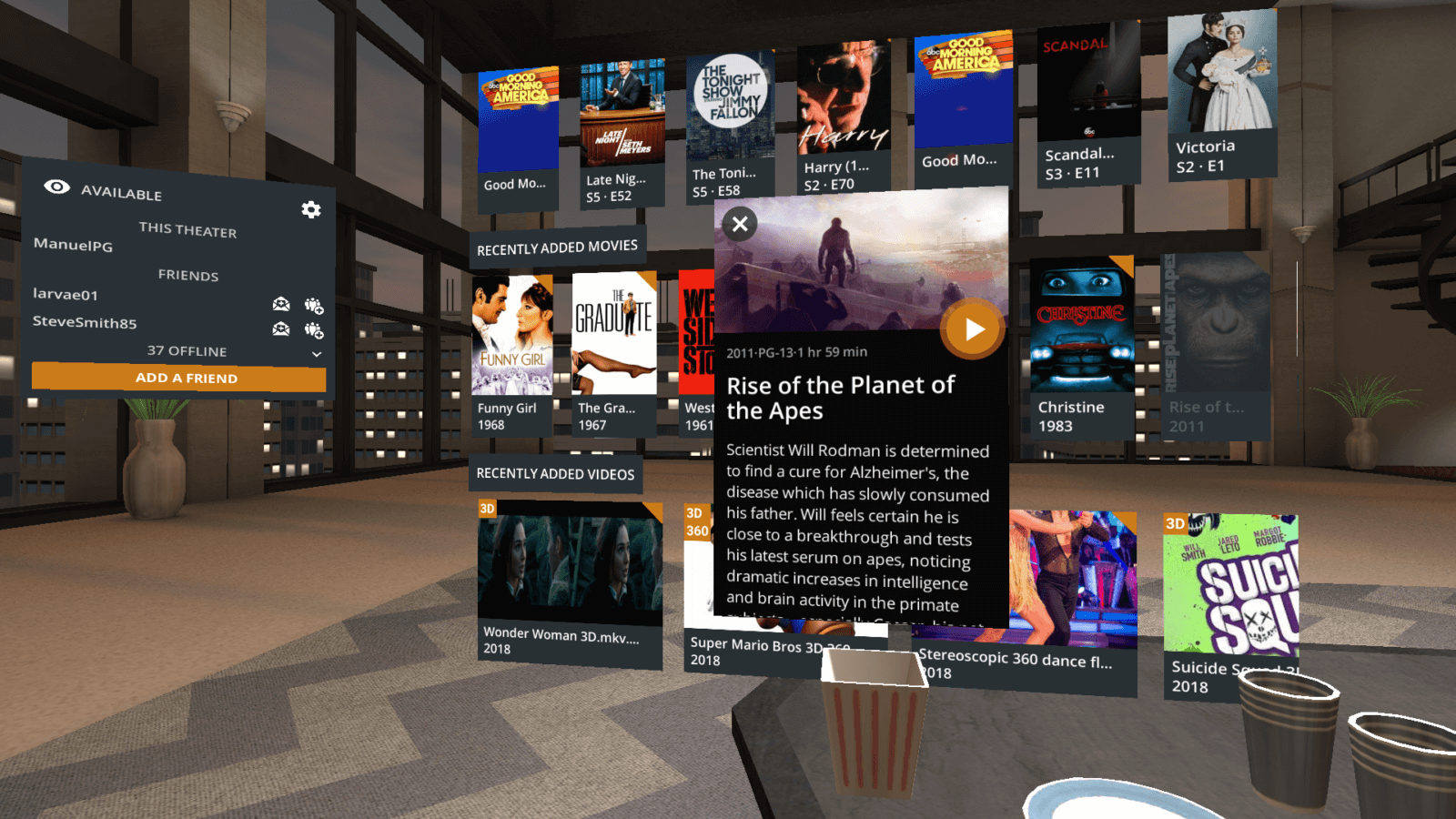 Of course, Plex VR can play 180-degree and 360-degree video, as well 2D and 3D content. There’s also a really cool “co-watching” feature which lets you watch with a friend with voice chat capabilities. Obviously, you and your friend will need Daydream hardware to take advantage of that.

Okay, okay, but “TV is always better when we’re together!” you say. Couldn’t agree more. Except we like to put “together” in quotes here, because let’s face it, you’re watching “together” just as much as the guy at the coffee shop who knows your penchant for a double whip nonfat soy latte is your “friend.” It’s the future though, and it’s super convincing, so just go with it.