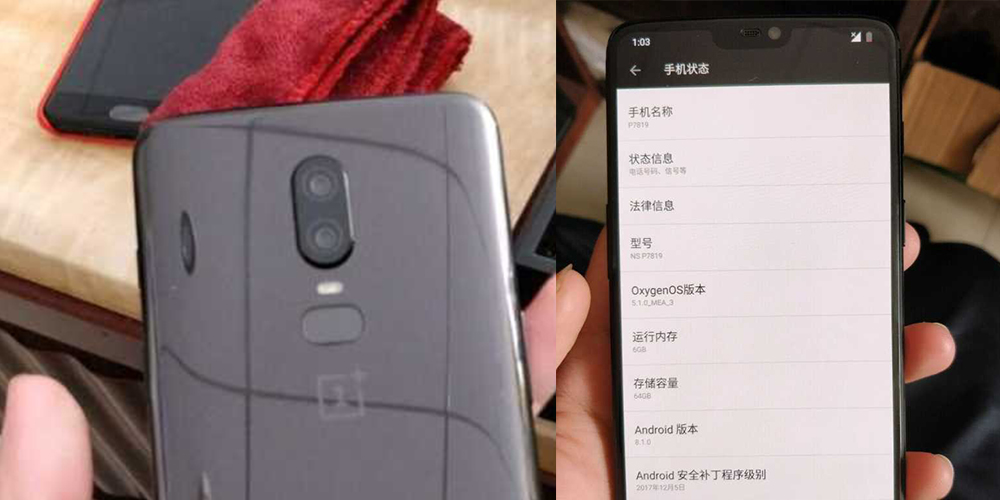 We’re probably just a couple of months away from the debut of OnePlus’ next flagship, the OnePlus 6. There’s a lot to be excited about with the company’s next flagship, but the price might not be one of them. With incremental price increases on each flagship to date, OnePlus might be pushing further with a massive price tag on the OnePlus 6…

A recent leak that popped up on Weibo (via The Verge) claims to list off the specs and price point of the upcoming OnePlus 6. The leaker states that, according to his information, the OnePlus 6 will offer a 6.2-inch display, Snapdragon 845 processor, 8GB of RAM, and 256GB of storage.

None of that should really be surprising, as previous leaks and the company’s own patterns would suggest that the 6 would carry those specifications, but that’s not all we’ve got here.

The leaker was also able to obtain some pricing information, which should absolutely be taken with a grain of salt, but suggests a price point of $749. That’s huge leap from the OnePlus 5T’s price of $559. It’s unclear if this price tag will be the starting price, but the source does suggest that this will only apply to the 256GB model, with 64GB and 128GB models also being available, presumably at lower price points. 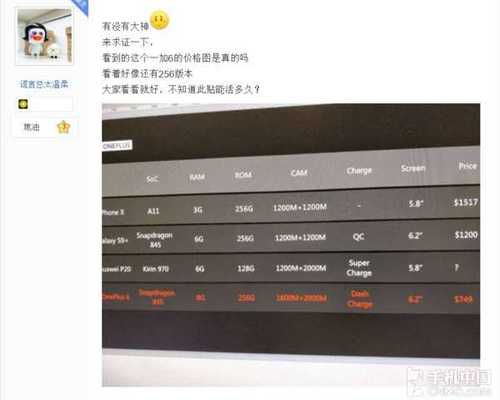 Previous OnePlus 6 rumors also suggest that the device will further trim the bezels from the OnePlus 5T, but will also add a notch. The recent debut of the OPPO R15 only supports those rumors and leaks as well.

It’s unclear when OnePlus will debut the 6, but with more leaks coming out, it’s probably not too far off…

OnePlus is a company that made its name by selling phones with top-notch specifications and ridiculously low price points. Year by year, prices have gone up, and it’s made it harder to decide if OnePlus is worth it over some of its competitors. If this rumor holds up and the starting price of the OnePlus 6 approaches the $700 point, that decision is only going to get harder.

On the other hand, if OnePlus is truly offering these specs and undercutting competitors by $200 or $300, it’s definitely going to be worth a look. After all, these price increases aren’t necessarily a bad thing, as my colleague, Justin Duino talked about last year.

What do you think about OnePlus potentially making a huge jump in price on the OnePlus 6? Drop a comment below and let us know…