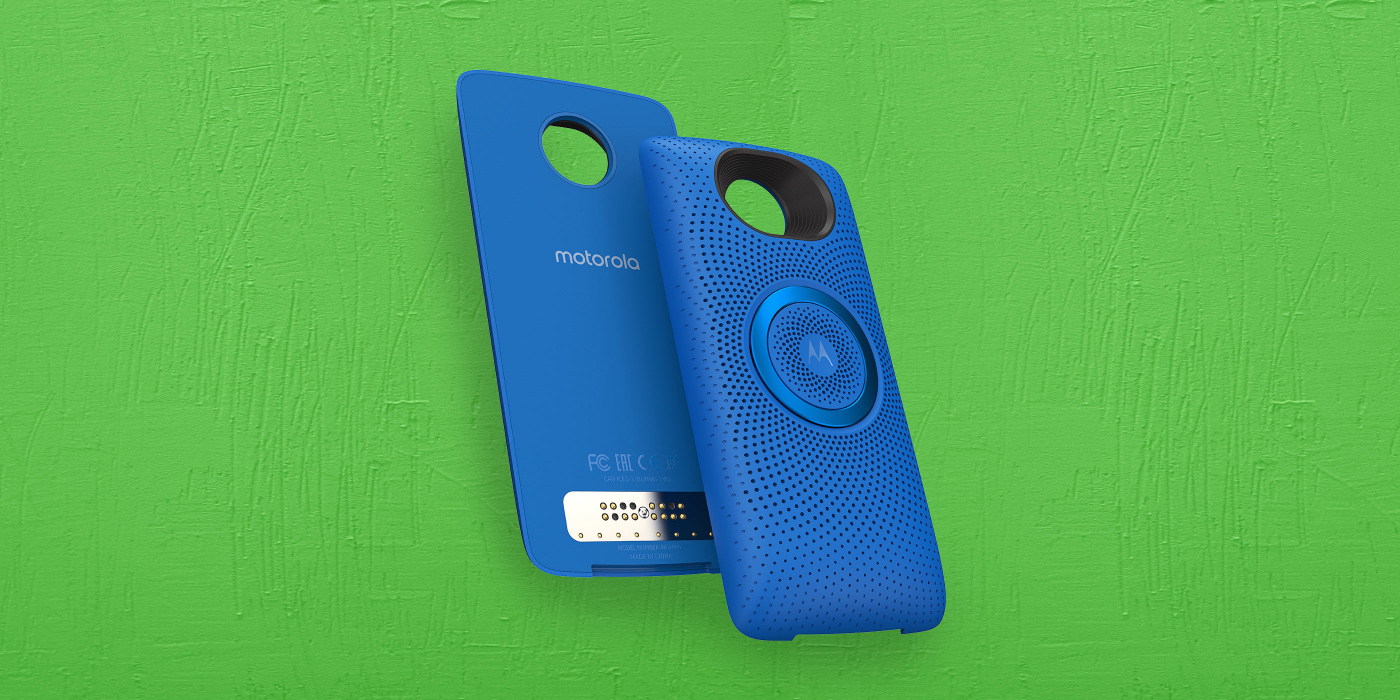 While Moto Mods haven’t proved as popular as many hoped, the technology does have some handy uses. One of the more popular mods has been JBL’s SoundBoost mod, and now Motorola has its own, more affordable version…

The new Moto Stereo Speaker debuted this week as a Moto Mod that, well, does what you’d think. It adds a larger, louder speaker with enhanced bass and clarity, all without the need to pair the phone or keep the speaker itself charged up.

Like the JBL SoundBoost, Moto’s new speaker mod comes in three colors, red, black, and blue, and has a built-in kickstand. It has two drivers that measure in at 28mm, hitting volumes up to 80db.

The main difference between Moto’s mod and the JBL SoundBoost is power. The JBL mod has its own built-in battery to avoid draining the phone’s power, while this new one ditches that internal battery and just works off of the phone’s own power. The advantage? Being able to use the mod without ever charging it.

At $59.99, you’re still not getting a particularly cheap mod, but it’s still $20 less expensive than JBL’s option. Of course, that doesn’t mean much when JBL’s is on sale for $20 off at the moment…