Fossil Q Control Review: Another reminder that Wear OS gets the best hardware with disappointing software 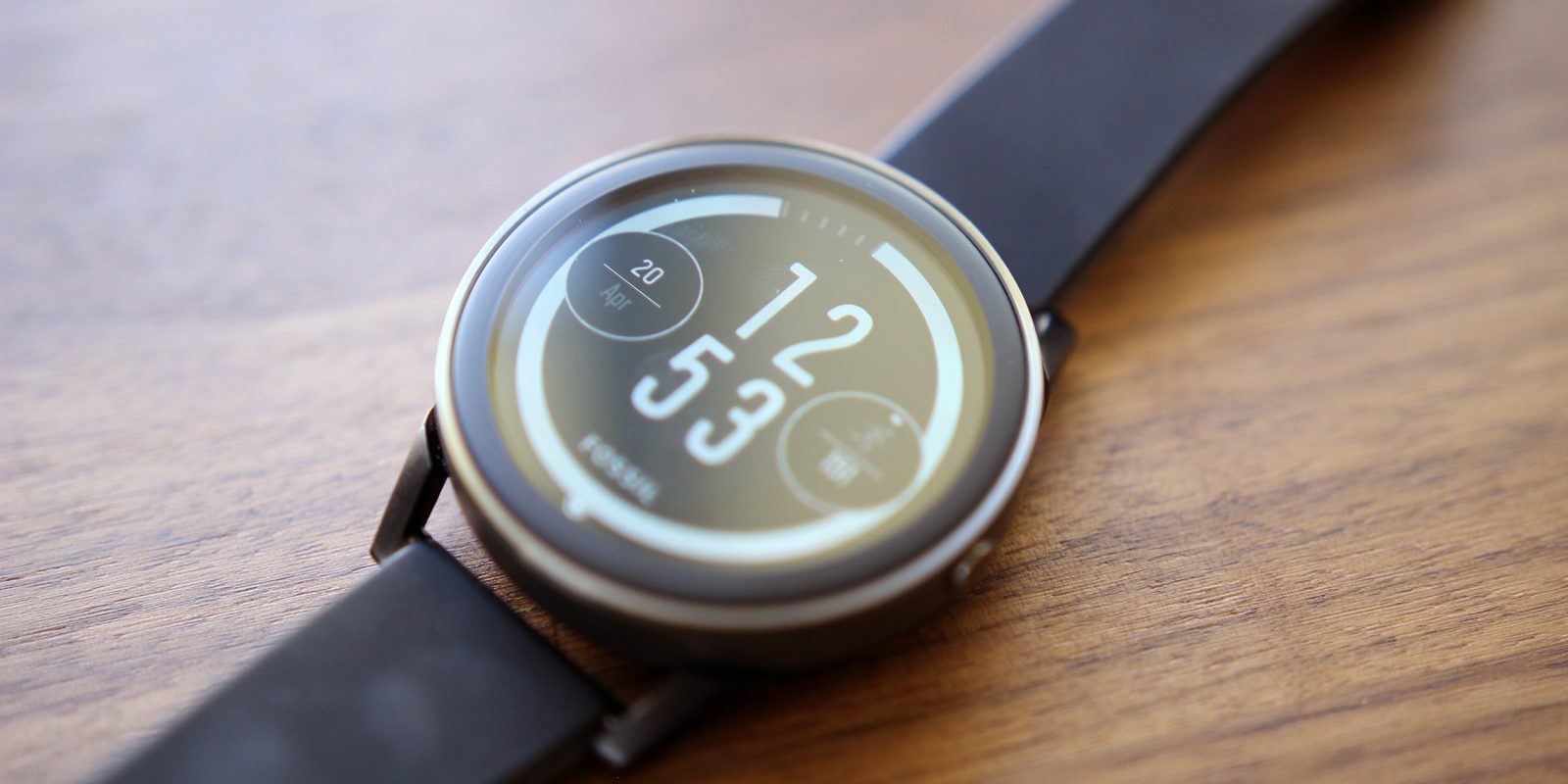 I’ve never been shy about my distaste for what has become of “Android Wear,” and despite a recent rebrand, there’s still one very true thing about Google’s wearable OS – it gets the best hardware but the worst software. The Fossil Q Control is an incredible example of that.

A clean design that works anywhere

Smartwatches aren’t just a method of delivering notifications to your wrist. Like a normal watch, they can be a fashion accessory, which means they need to look nice too. While some may consider the design of the Fossil Q Control a bit stale or bland, I think it looks good and fits in any situation.

The steel construction has a clean, almost futuristic design which has lugs extending from the top and bottom of the body to the band. The grey color is neutral and works in any situation from sports to dressing up in a suit. The gold/grey color looks stunning in person (pictured below), but I don’t think it looks as good in as many situations.

The compact size also fits well on any wrist, with the 20mm band width working for larger wrists just as well as for smaller ones.

Great band for sport, but classy when you add metal

Being a watch that works anywhere, the Q Control has a pretty basic band out of the box. The silicone band looks good with a two-tone design, and it’s also very comfortable. That’s handy when you’re using the watch while active. When out and active for even a couple of hours, the band never got uncomfortable.

However, you can enhance the looks of the watch with the addition of a metal band. Fossil doesn’t officially offer the Q Control with a metal band, but since it has a 20mm pin, any band will do. I ended up picking up a black link band meant for the Ticwatch 2, and it looks absolutely fantastic with the Q Control.

A touch dial that makes navigation easier and more fluid

Hardware is the only differentiator when it comes to Wear OS, but even with different designs there really isn’t much separating these various watches. In the case of the Q Control, the primary unique aspect is the touch-sensitive strip around the edges of the bezel, which allows you to swipe along the edge of the screen bezel without covering the screen. It adds a new layer to navigation on Wear OS, and feels natural and fluid. It’s not quite the mechanical rotating bezels from the Gear S3, but it feels great in a similar way.

Not an incredible display, but one that gets the job done

The display is the last major part of the hardware that’s important to talk about. It’s a pretty standard display at 1.3-inches with a 450×450 resolution. Nothing really stands out about it too much, but it works well. One big benefit of this display over a lot of others is the inclusion of an ambient light sensor under the display. That means you won’t have to stumble into the settings when you’re in the sunlight just to adjust the brightness which is massively convenient.

You can have the best hardware in the world, but if you back it up with sub-par software, that hardware doesn’t mean much. I think the Fossil Q Control is a fantastic smartwatch in terms of hardware, but I really wish it didn’t run Wear OS.

Google’s Wear OS, previously known as Android Wear, has been a staple of dozens of wearables for the past few years. Since the debut of Android Wear 2.0, though, things have just felt stale, overly confusing, and just a work in progress that never seems to make any progress. As a few of you noted in the comments after this review went live, I’m not being too detailed here. That’s because, simply put, I can’t be. Wear OS doesn’t intrigue me anymore. It’s not so much that Wear OS itself is actually bad, but it’s disappointing because there’s nothing special about it.

On the Fossil Q Control, nothing has changed. You’re getting a watch with Wear OS based on Android Oreo, with the same app selection and admittedly amazing selection of watchfaces. Fossil tosses in its own watchfaces, which are solid as well.

My personal favorite is the “Sport Digital” which has a digital clock with two sections for complications. It also has a built-in timer which you can access with a tap and set up to an hour. This is a handy feature for sure, but it’s far too easy to trigger accidentally, often causing the watch to vibrate completely at random. 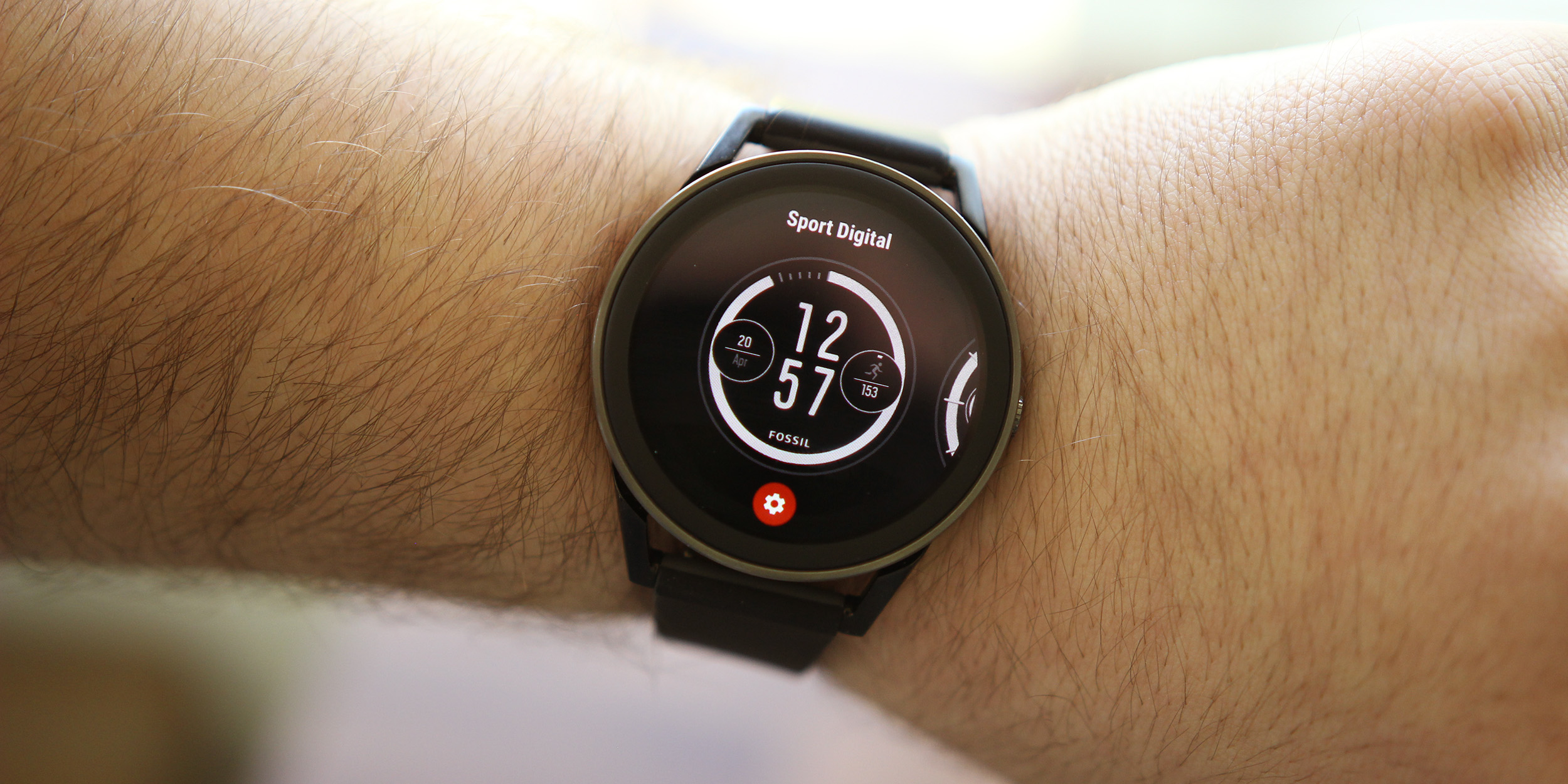 There are also some slight visual changes from Fossil, primarily with the colors. In the settings menu, system app icons, and even some of the accent colors throughout the OS, you’ll find bits of orange mixed in. Personally, I think that’s a change for the better.

A solid performer in day-to-day use

One area where a lot of Wear OS watches fall flat is in performance. Here, I’m happy to report that the Fossil Q Control doesn’t have that problem. The Snapdragon Wear 2100 processor under the hood with 512MB of RAM is a pretty standard package, and on the Q Control it works well. There are hiccups from time to time, but overall performance is solid.

Fitness tracking works great with Fit and others

Being a sports watch, the Fossil Q Control also aims to please when it comes to fitness tracking. For one, Google Fit is pre-installed, making it a breeze to track your steps, heart rate, and a variety of workouts. Fossil also points out that with 5ATM water resistance, you can use this watch for swim tracking with apps such as MySwimPro.

Unfortunately, seeing that the time I spent with this watch was mixed between the cold of winter and return (with a vengeance) of my seasonal allergies, I didn’t get a chance to really test these features too much. From what I was able to test, though, it seems to work as well as any other Wear OS watch. 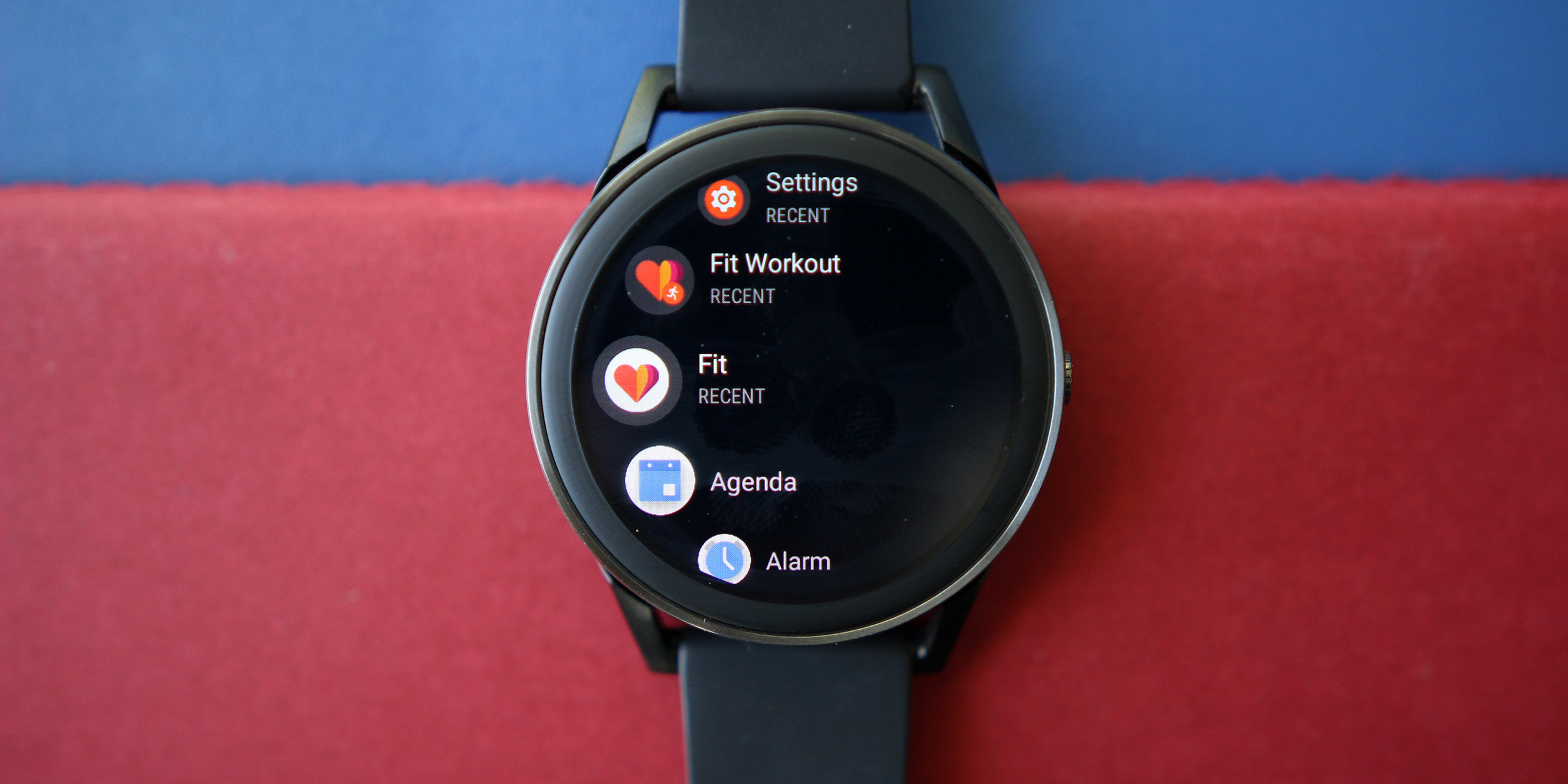 A daily charge is needed, but endurance isn’t all that bad

As with any Wear OS watch, battery life isn’t really a strong suit. Over the several weeks of my testing, the Fossil Q Control easily lasted a full day, but that’s about it. Unless you run with battery saver mode on at all times and ambient display turned off, the watch is going to be below 30% by the time you go to bed. For most people, though, this shouldn’t be too much of an issue.

Everyone should be using wireless charging, but Fossil isn’t

What my main complaint is with power is charging. I can deal with a day of battery life as long as charging isn’t difficult. Unfortunately, the charging method on the Q Control is pretty annoying. Instead of wireless charging which we’ve always applauded on smartwatches, Fossil opts for a magnetic pin-based charging puck. Admittedly it’s not the worst option, but wireless would be far better. This is especially the case if you happen to toss on a metal band…

Overall, the Fossil Q Control is an excellent smartwatch. It looks great and works very well. Wear OS is a downside in my opinion, but for most people it isn’t all that bad. Alternatives like those from Samsung are better overall if you ask me, but in terms of looks, I don’t think you can get much better than the Q Control. It’s an excellent reminder that the Wear OS ecosystem gets all of the best hardware…