Emoji has become a core part of how we communicate on mobile devices today, but there’s a pretty big issue with compatibility at times. Today, Twitter is implementing a change that it hopes will fix emoji on Android, and it’s all because OEMs aren’t updating devices fast enough.

Detailed by Emojipedia today, Twitter is quietly changing its Android application from using the native emoji on your smartphone, whether that’s Google emoji, Samsung’s, or whoever, to using its own “Twemoji” which users see on desktop platforms. This change aims to unify how Twitter users see emoji across Android as a whole.

For users who aren’t running the latest version of Android, Oreo, Twitter’s app will show “Twemoji” instead of whatever native emoji is on that platform. Users running Android KitKat to Android Nougat should notice this change today, if not within the next few days. 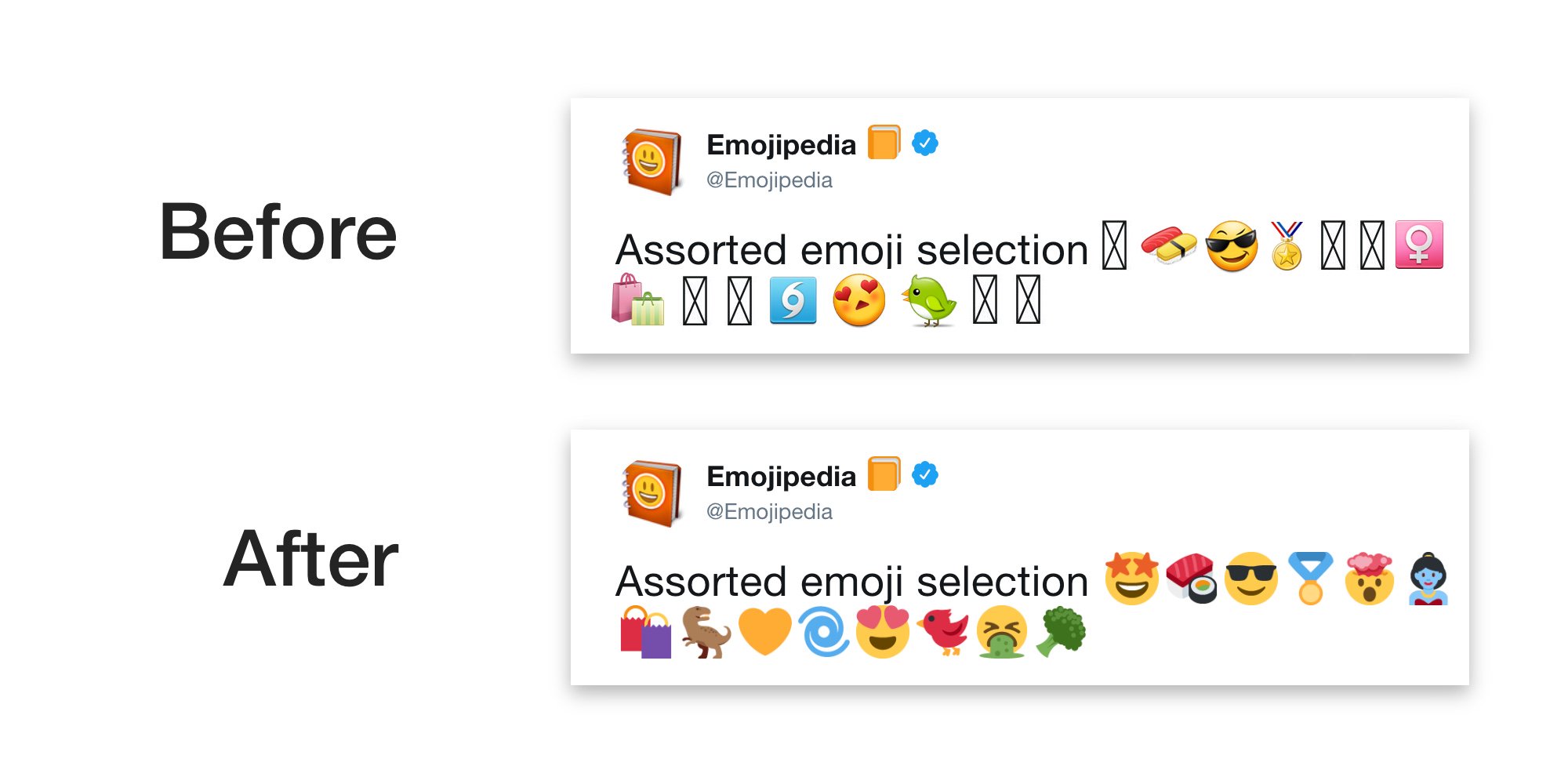 Currently on Android, emojis can sometimes show up blank in tweets or messages because of differences between system versions. On newer versions of Android, newer emojis may be supported where on older versions, they are not. Google made an attempt to fix this with the “EmojiCompat” library, and that’s exactly what Twitter is using to implement this change.

However, it’s still a bit saddening that Twitter has to do this at all, because it all comes down to OEMs that simply don’t update their devices. The vast majority of the Android ecosystem is still running versions of Android that are two or even three years old at this point, with a mere 6% running Oreo at the moment.

Google is working to try and fix that situation, but clearly, it’s not happening fast enough, resulting in third-parties like Twitter resorting to their own measures to pick up the slack for the end user. Kudos to Twitter for coming up with a solution, but it doesn’t change that OEMs are dropping the ball.