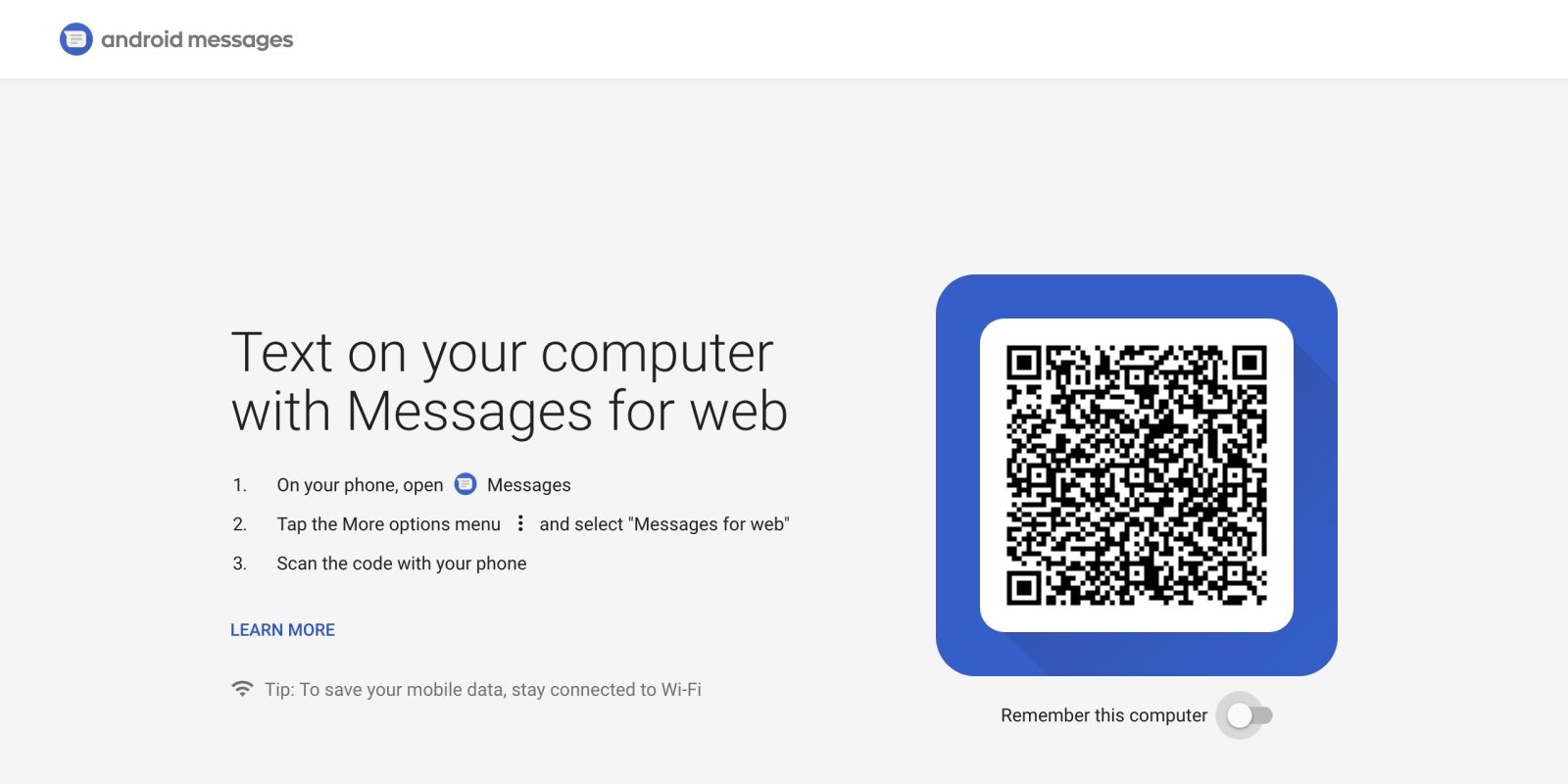 Google revealed in April that its primary messaging service for consumers would be based on RCS, with messages sent over the SMS successor referred to as a “chat” instead of a “text.” Those features will be built into the existing Android Messages client with Assistant and Message for web functionality touted. That latter feature, specifically the web component, is now beginning to roll out.

Update: Google has officially announced Android Messages for web and it is rolling out over the coming week.

As we’ve previously detailed in several APK Insights, the implementation of Messages for web is very similar to Allo and WhatsApp. To “text on your computer”, users will need to scan an online QR code.

At the moment, only the Android Messages website is already live. Users are guided step-by-step through this process and on log-in have the option to “Remember this computer.” The QR code on the page appears to update and change every few seconds.

The other half of this feature — where users have to scan a QR code in the Messages app on Android — is not yet available. Once available on phones, heading to the overflow menu in the top-right corner of the app will yield a new “Messages for web” menu that launches a QR code scanner to begin the pairing process.

Relevant support documents for this feature are not yet live, but a recent teardown suggests that in addition to Chrome, other browsers like Safari, Firefox, Opera, and Microsoft Edge might be supported.