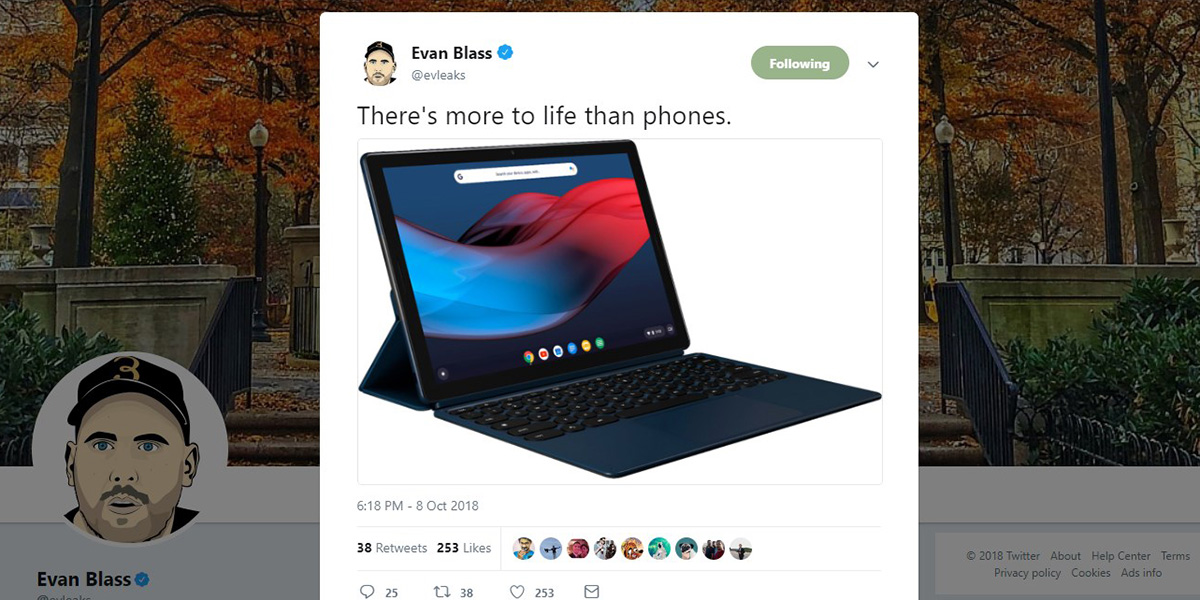 We’ve got less than 24 hours left until Google’s big hardware unveiling, and there’s a lot to look forward to. Now, in the eleventh hour, Evan Blass has published a fresh Google Pixel Slate leak that gives us a new look at the device.

This Pixel Slate leak shows exactly how Google’s official keyboard for the Slate will connect to the tablet, revealing a folding design which isn’t dissimilar to Apple’s iPad Pro keyboards. As noted in a past leak, the keyboard itself connects over a set of pins at the bottom of the tablet itself.

Further, we get another look at the software here. Previous images of the Pixel Slate either showed an outdated version of Chrome OS or the app drawer. This render, on the other hand, shows a blank homescreen. There’s a row of apps along the bottom and the shortcut for the app drawer. Up top, there’s also a search bar which includes the Assistant logo. This is something we’ve seen on some Pixel 3 leaks and makes sense given Google’s continued focus on Assistant.

The Pixel Slate is set to debut tomorrow at Google’s NYC event. Stay tuned as we’ll have full hands-on coverage of the device along with all of Google’s other big announcements.