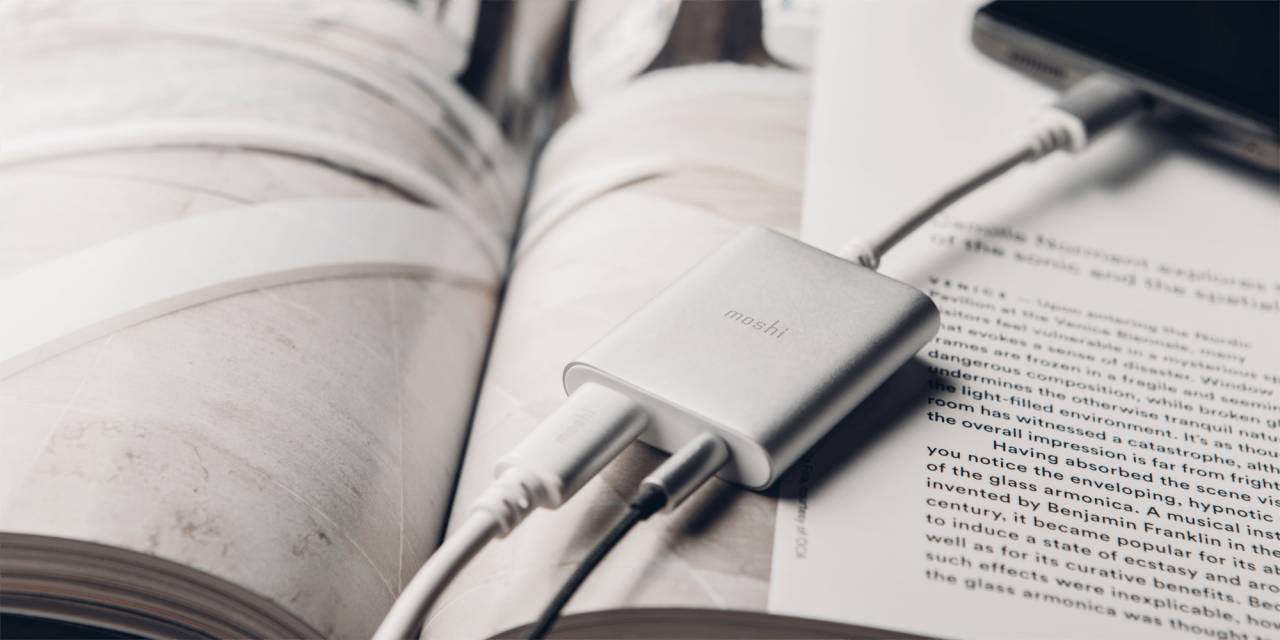 As part of the Made for Google program, accessory maker Moshi has developed a new adapter that should solve a common complaint for many Android users.

Moshi has created a wide variety of accessories under the Made for Google banner, including cases for the Pixel 2 and adapters from USB-C to common connections such as Ethernet, HDMI, and USB-A.

The highlight of the new Moshi Made for Google offerings is another USB-C adapter, one that makes the Pixel 3 and Pixel 3 XL capable of both charging and listening to music through headphones simultaneously. This has been a complaint of many users since the Pixel 2 dropped the headphone jack.

The Moshi USB-C Digital Audio Adapter with Charging uses the USB-C on your device, and adds USB-C port for passthrough charging and a 3.5mm headphone jack.

The updated adapter has a new PCB layout to reduce power consumption and new firmware for greater compatibility across devices. It features a built-in digital-to-analog converter (DAC) which outputs high-resolution audio at 24-bit/96 kHz. A Class G amplifier enhances the sound quality of older headphones to improve the listening experience. While Moshi doesn’t specifically list the Google Pixel Slate (which also lacks a headphone jack) as a compatible device, the company states that the device was created for “compatibility across a wide range of USB-C devices.”

Update: Moshi has informed me that this adapter will indeed work on the Pixel Slate.

That being said, it seems almost any USB-C device should (theoretically) work with the adapter. This includes the Pixel 2 or non-Google devices.

The Moshi USB-C Digital Audio Adapter with Charging is available for purchase today directly from Moshi.

I’m unreasonably excited for this device, and am very excited to try it out on a wide variety of devices.