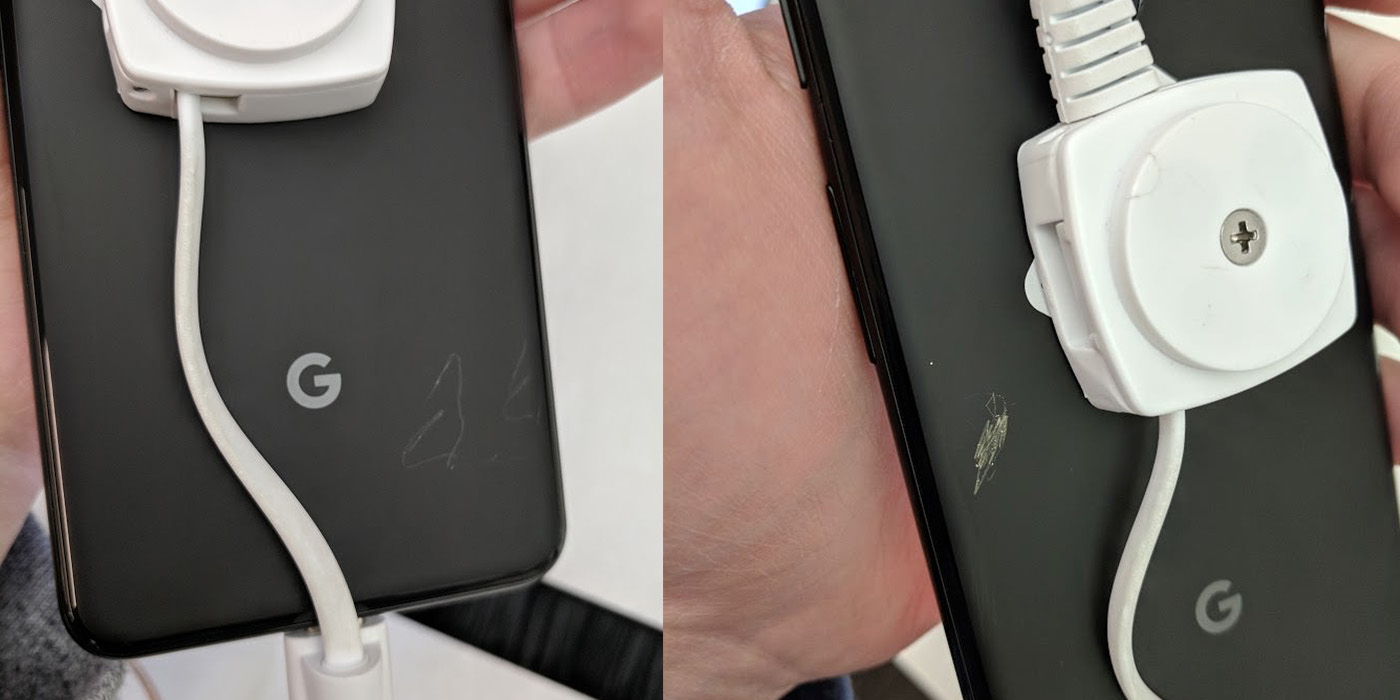 With Google’s latest crop of Pixel devices, the company has made some key changes in the design department. The biggest change by far is that of the new glass back on the device which has a matte coating on the bottom portion. At the launch event, it was found that the back scratched somewhat easily, but an impromptu Pixel 3 scratch test has seemingly revealed better damage resistance than we thought.

After initial hands-on coverage of the Pixel 3 and Pixel 3 XL first hit the web, some journalists noticed that the devices at Google’s event showed scratches just minutes after hands-on time started. For obvious reasons, that’s concerning. Glass on its own is more fragile than the metal material Google has used on past Pixels, but having that with a lack of scratch resistance is just a bad formula.

Luckily, it seems things may have been blown out of proportion just a bit. A brave Reddit user spent some hands-on time with the black variant of Google’s Pixel 3 to put together a Pixel 3 scratch test, all while in a carrier store. The results are actually pretty surprising too.

In his first round of testing, the user in question tried to scratch the matte coating with his fingernail and, while it did leave a mark, the visible “damage” went away pretty quickly. Next, a coin was used to scratch the back. A light scratch from the dime quickly went away with a quick wipe. When applying pressure with the dime, the damage was definitely more severe, but with “minimal effort” the scratches still went away. The before and after pictures below reveal the results of this Pixel 3 scratch test.

On top of that, this user also took a house key and once again scratched up the back of the phone. At first glance, the damage looks severe. However, with a little effort, the scratches once again went away. It took repeating this test again to leave any permanent damage on the device.

Needless to say, that’s both surprising and comforting for Pixel 3 buyers. Despite the glass back, it seems Google has crafted a phone that can hold up to day-to-day damage fairly well. Of course, it’s probably not a good idea to put your keys or coins to use in a Pixel 3 scratch test, as results like these should probably be taken with a grain of salt.

It’s also important to note that while metal didn’t leave much permanent damage, it doesn’t mean this device is “impossible” to scratch. Glass is glass, and it’s going to get more damage over time.

We’ll do a more comprehensive test of this for ourselves in the coming days, so stay tuned for our full review and more coverage.