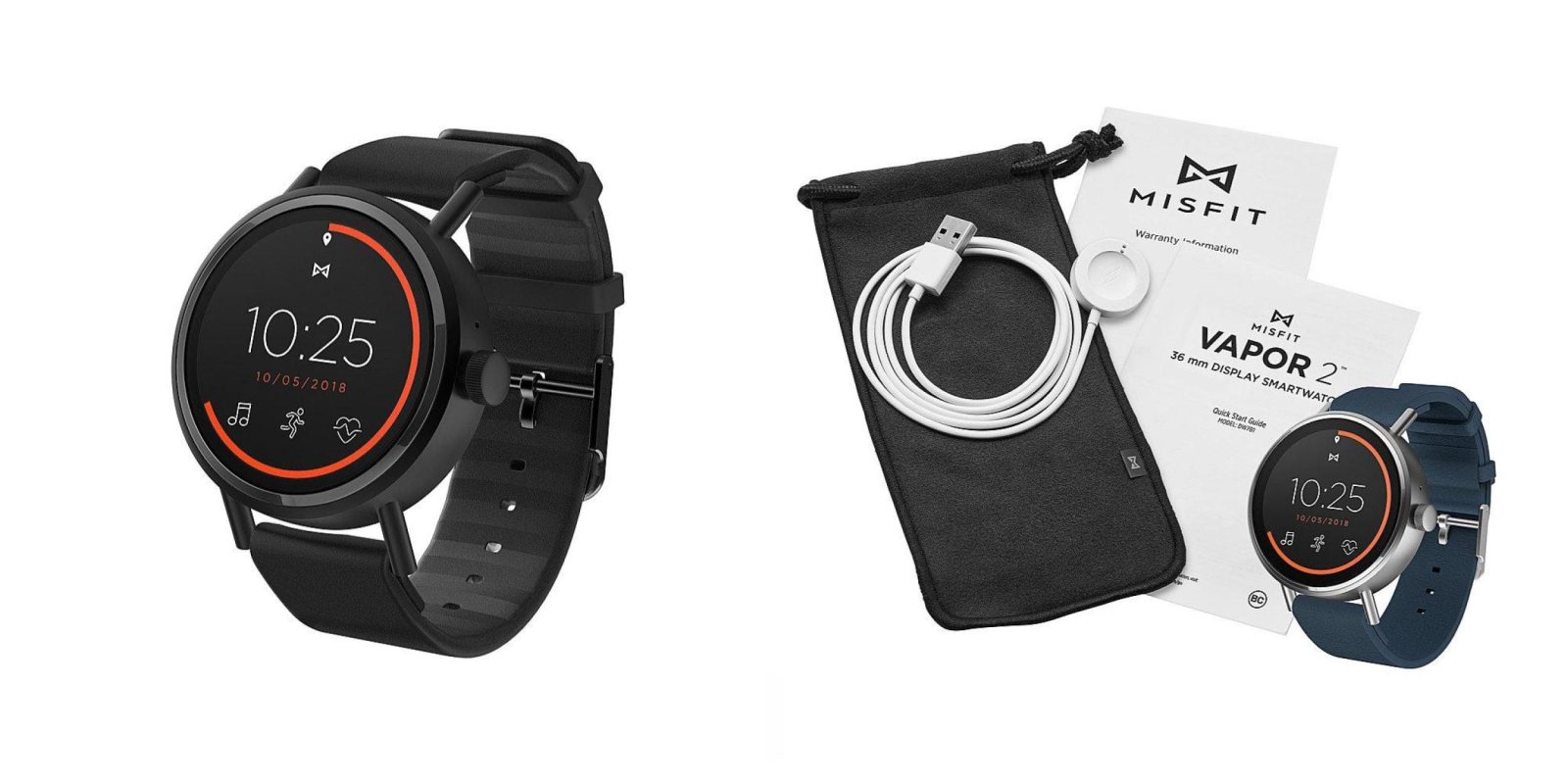 Just last week, the Misfit Vapor 2 appeared on several retailers across the U.S. and Europe. Best Buy is now the latest to list the Wear OS watch with complete specs, including a confirmation of the 41 and 46mm sizes, and pricing details.

A follow-up to Misfit’s original Wear OS device released last year, the Vapor 2 will be available in both 41 and 46mm variants, compared to last year’s 44mm. A Gen 4 device made by the Fossil Group, it will feature standalone GPS, NFC for Google Pay, and a heart rate sensor.

While the Best Buy listing does not include the processor, the same 512MB of RAM suggests that it will again be powered by a Qualcomm Snapdragon Wear 2100, and not the Wear 3100 processor. Water resistance is rated at 98 feet or 3ATM and should be suitable for swimming.

From the image, it’s not clear if Misfit retained the touch-sensitive bezel, but the larger crown suggests this is not the case. Meanwhile, previous leaks have noted that the screen is notably larger with shrunken bezels.

Both sizes will cost $249 and be available in standard, Jet Black, and Rose Tone stainless steel variants. Best Buy notes availability by Thursday, November 1st. At the moment, only the 41mm Misfit Vapor 2 can be purchased immediately, with the other three variants “Sold Out.”