Back in October, Google announced that it was killing Google+ for consumers following a privacy bug. While serving as an admission that the company’s take on social failed, it has become clear in recent months that the company is still very interested in social.

For example, Google Maps has added the ability to follow stores and message directly with businesses. Now, Google’s social ambitions have turned to Search, with the ability to leave comments in sports matches.

This feature was uncovered during our teardown of Google app 8.55 on Android. For the past several versions, the company has been working on a “Your contributions” section. As of the latest Google app beta, the URL for the feature is finally active revealing a simple page noting your Reviews and Comments.

The former capability has been live for several months, with users able to write reviews for movies, TV shows, books, and more when heading to a Knowledge Panel for a piece of media and then the “Reviews” tab.

However, the Comments feature is recent. An official support page titled “Leave comments on Google Search” confirms and details the functionality. At the moment, comments are currently limited and optimized for live sports game.

Update 11/20: This ability to leave comments was available during the 2018 World Cup, like during the final France and Croatia match. The interface is as we described below, with Google reiterating that the focus is on live sports, and not any other domain or search result type. It is also live for English Premier League games. 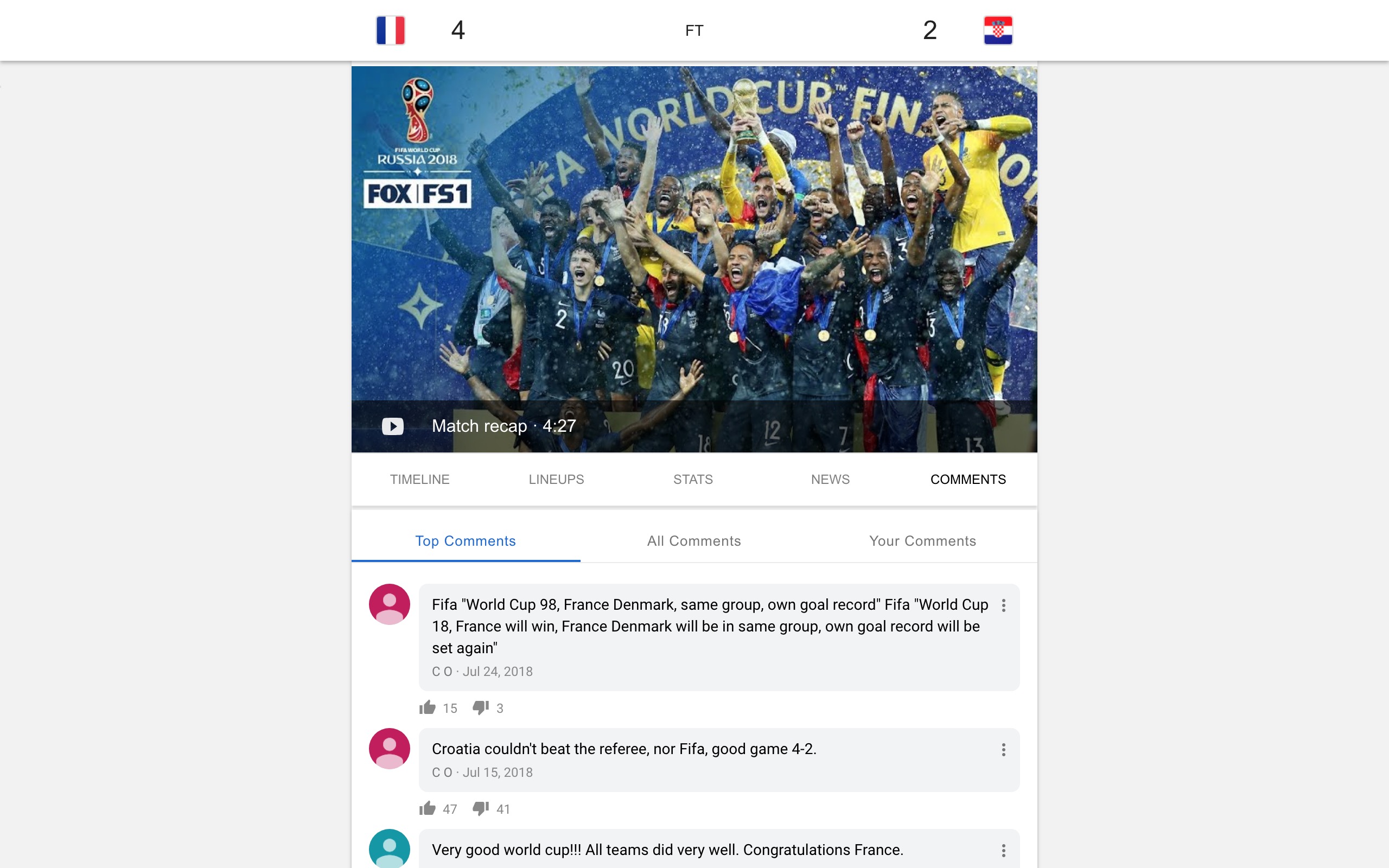 Supported Knowledge Panels on both the web and the Google app will likely feature a new “Comments” section where you can “Add a public comment.” This feature will be separated by regular “Viewers” and sport “Commentators,” with a filter to refine by either, as well as by “All comments” or “Top comments.” Meanwhile, there is a like/dislike capability and reporting malicious messages, with Google also taking steps to screen comments.

Comments — like with reviews — are tied to your “About me” page, with Google noting that anonymous ones cannot be left. Meanwhile, comments can be deleted from the “Your contributions” page, with a bulk deletion option also available.

The domain for Comments is currently limited to sports, and somewhat makes sense given how Google Search is frequently used to find live match results and has added features like floating sports scores this year.