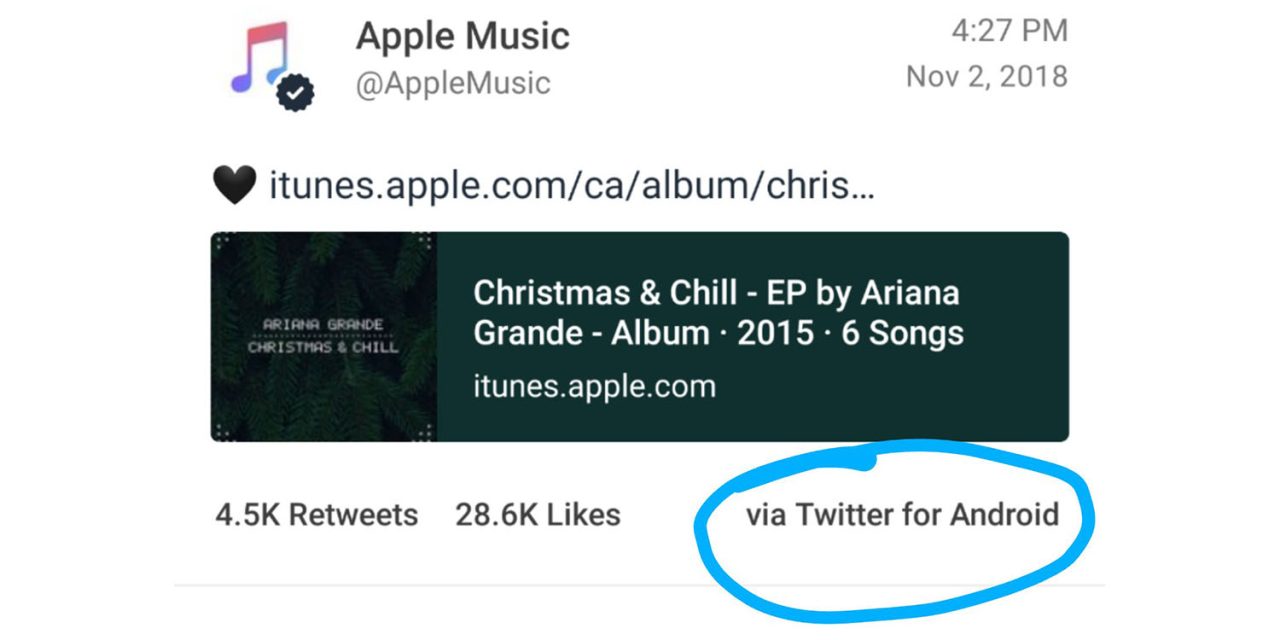 There have been a number of amusing cases where Android smartphone makers or their brand ambassadors have tweeted using Twitter for iPhone, but the official Apple Music account has now managed to do the opposite: tweet from an Android device …

The @AppleMusic account responded to a tweet from Ariana Grande about her Christmas & Chill album. Apple Music provided a link to the EP with a heart symbol back in November – but YouTube tech reviewer Marques Brownlee spotted that the tweet was sent from an Android device.

It’s not quite as cringeworthy as it could be: Apple Music is, after all, available for Android as well as iOS devices. But it’s still pretty embarrassing for an official Apple account to be posting from a rival device.

In terms of the opposite issue – Android brands and spokespeople tweeting from iPhones – one of the best ones of late, also spotted by Brownlee, was an official Samsung account tweeting about the Galaxy Note 9 from an iPhone. Samsung was so embarrassed by this that it deleted not just the tweet but the entire account used to post it.

Wonder Woman star and Huawei brand ambassador Gal Gadot tweeted praise for the Huawei Mate 10 from Twitter for iPhone, and Donald Trump even called for a boycott of Apple devices while tweeting from an iPhone.

A Samsung brand ambassador also ran into trouble when she was seen on a TV show using an iPhone X.