Hands-on: Moen will let you start and control your shower with Google Assistant [Video] 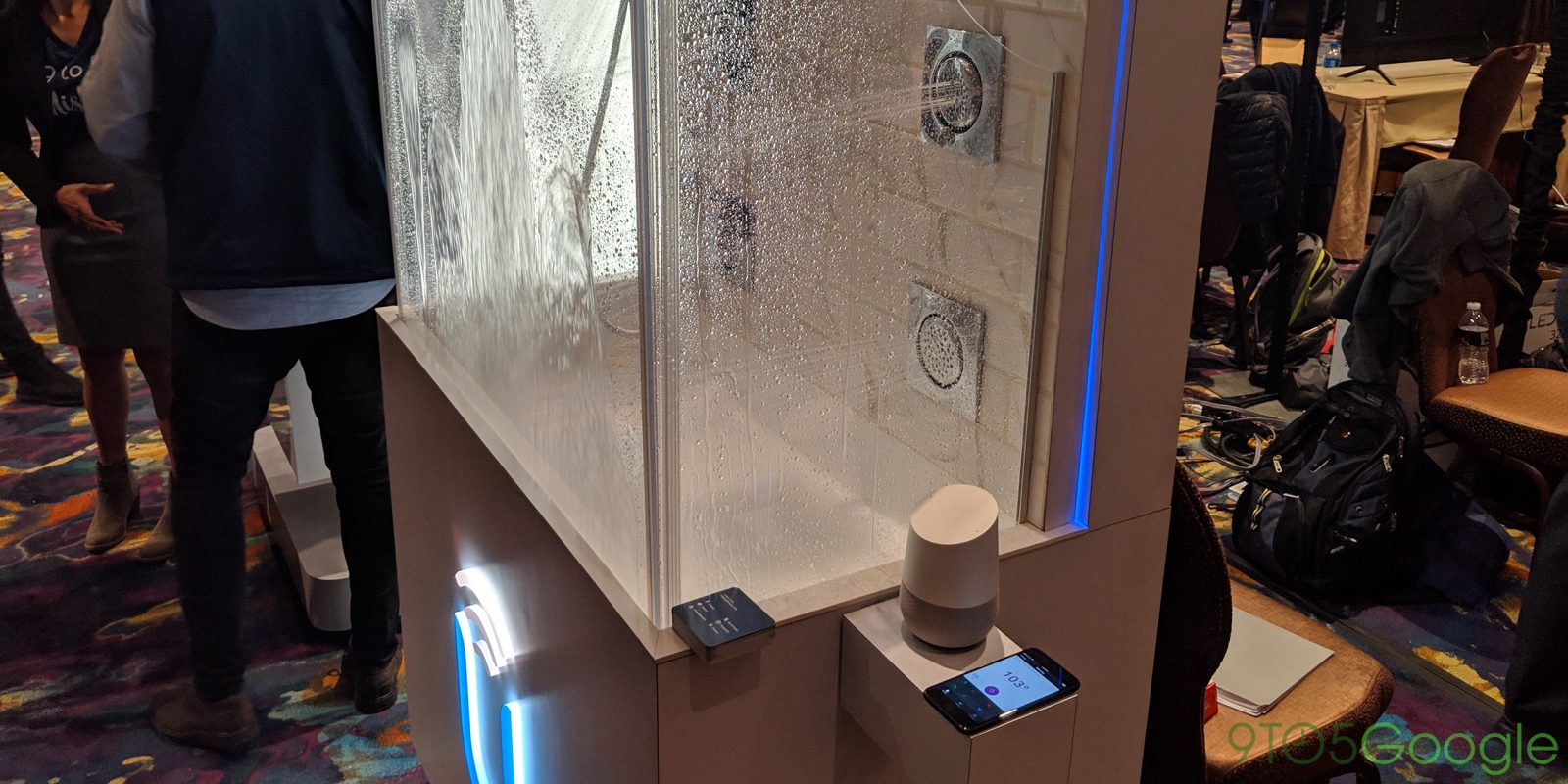 CES is basically the home of “we added voice commands to it.” We’ve seen everything from a toilet to the mirror in your bathroom, and that’s probably just scraping the surface. Another interesting use for Google Assistant comes from Moen with a smart shower of sorts.

We were able to spend a few minutes checking out Moen’s new system which is actually already available. U by Moen can connect to your existing shower setup and adds a touchscreen to control when the shower is on, adjust and monitor the temperature of the water, and even set a timer for how long it stays on.

Alexa integration has been available for a while now, but Google Assistant integration is being announced just this week. Coming soon, this functionality will let users control their shower completely from a smart speaker. Commands such as “Hey Google, start my shower” can be set up to fully control that aspect of your morning routine. In the example we were shown, the command started the water, adjusted the heat to a preset temperature, and then started a 10-minute timer before the water would shut off.

The U by Moen shower includes a digital valve that offers precise, thermostatic temperature control, and enables the user to connect up to four shower devices (showerheads, handshowers, body sprays, etc.). The Wi-Fi-connected digital shower controller features a five-inch, non-touch, LCD screen that provides feedback on the shower status through on-screen messaging and notifications.

Users will know the commands have worked as the device will reply indicating the desired activity has been completed, the app on their smartphone and the controller in the shower will respond by lighting up, changing color and reacting to the specific command.

There’s no specific date just yet on when Google Assistant integration will arrive, but users can expect it in 2019. As for the U by Moen itself, you can buy it now, but it’s got a hefty price tag in tow.