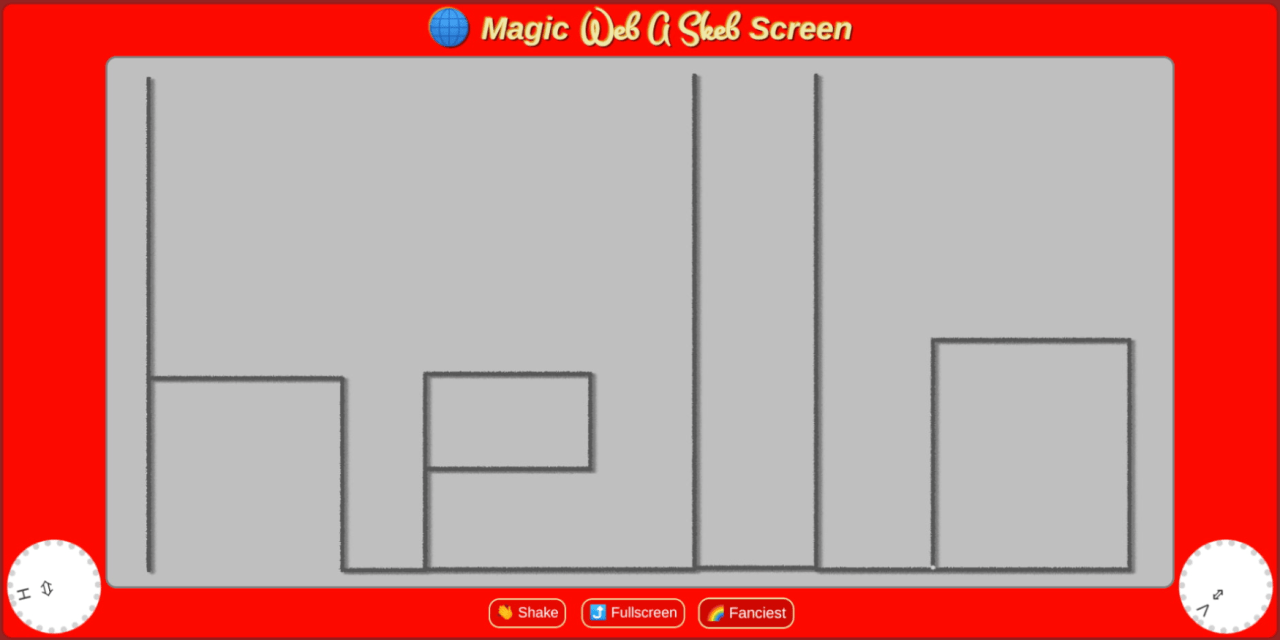 Google Chrome Labs are an opportunity for Chrome developers to create cool open source experiments to showcase how dynamic the web, not just Chrome, can be. You may remember them from the equally free and open source online image compression tool, Squoosh.

Now, the latest concoction from the Google Chrome Labs, Web-A-Skeb, is a fully functioning Etch-A-Sketch in your web browser, showing us more of the fun side to Google.

Just like the original toy, you control where you draw in Web-A-Skeb with two knobs, one controlling vertical movement and the other horizontal. According to a tweet from the app’s creator, these knobs are actually the entire reason the demo was originally created — to demonstrate a web-friendly dial. Now that the app has been released, accessibility options are being considered.

The original experiment was to create a knob / dial component that could be used like <input type="range>. I need to add in the accessibility options so that you should be able to focus the component then use the arrow keys.

There’s a handy “Shake” button to clear away your Web-A-Skeb creation when you’re done with it. Before you do though, you should note that there’s an extra option that certainly wasn’t available in the original toy. Press the “Fancy” button to add some nice shadow effects, then “Fancier” to really liven up your drawing with rainbow effects.

Web-A-Skeb works well in all major browsers, not just Chrome, including desktop and mobile, (and can even be installed as a progressive web app). It will certainly be a fun time waster for me for a few days. Interested web developers can check out the Web-A-Skeb source code on GitHub.