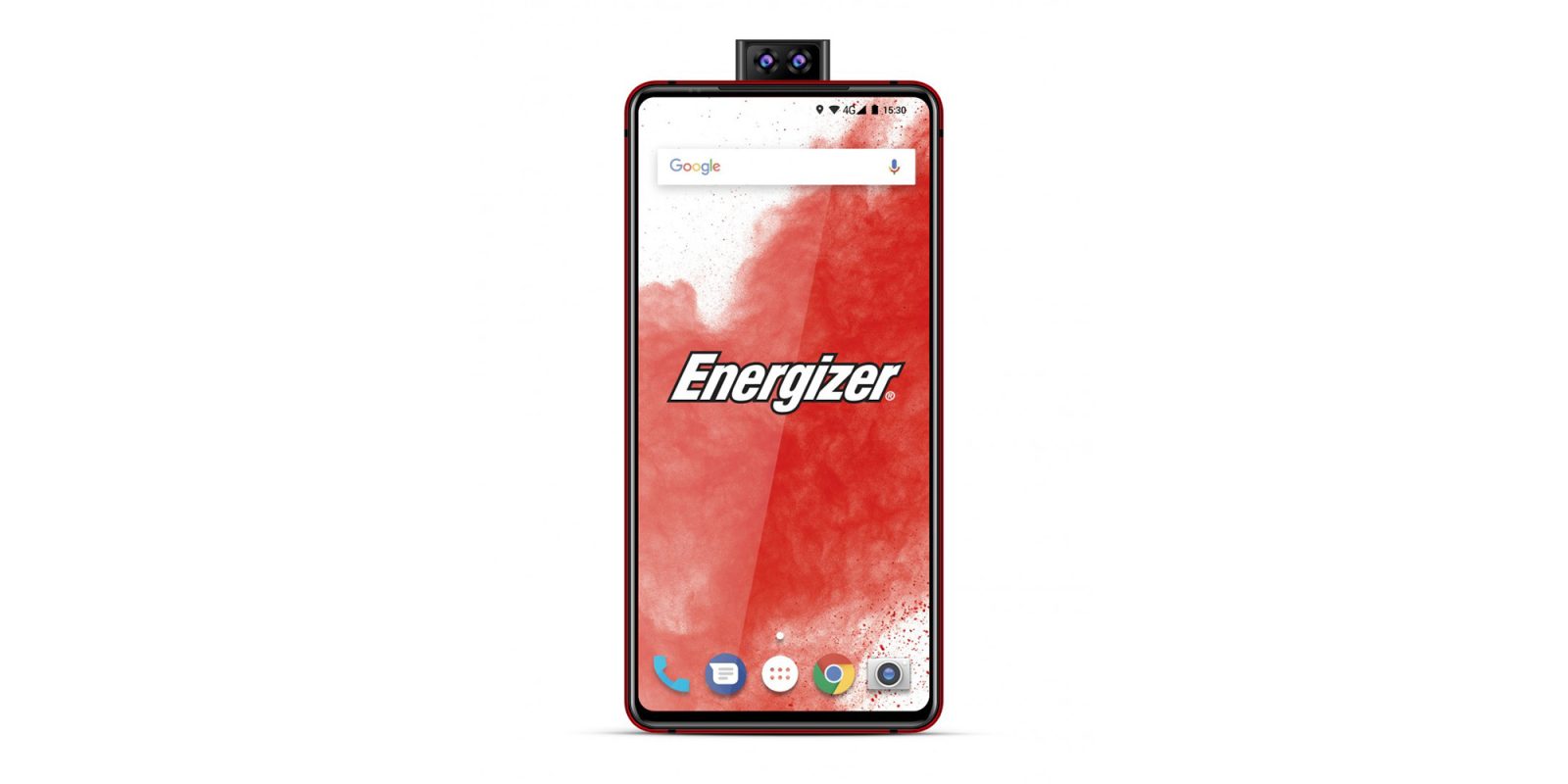 When you hear about smartphone brands, Energizer is probably nowhere on your list. However, for some time the battery brand has been putting out Android-powered smartphones. This year at MWC 2019, Energizer is set to debut over two dozen new phone models, including some with crazy features and huge batteries.

First detailed by GSMArena, MWC 2019 will see a whopping 26 new models from Energizer debut with four new phone lines. This includes the Power Max, Ultimate, Energy, and Hardcase lines. The latter two are both basic feature phones, though, which will make up a huge portion of the 26 devices in total.

The most interesting lines include the company’s new Android smartphones. The Power Max and Ultimate lineups include a few devices each. One of the Power Max options even includes a device with a whopping 18,000 mAh battery, but not many details are available on further models.

If that’s not crazy enough, the Energizer “Ultimate,” line also includes some devices with pop-up selfie cameras as GSMArena details.

The Energizer Ultimate U620S Pop has a 6.2-inch FHD+ display that pushes all the way over to the bezels. There’s no notch or display cutout as all of the front-facing camera optics are within a motorized pop-up. As for the rear cameras, there’s a triple-sensor setup with a 16MP primary, 5MP secondary, and 2MP depth sensor.

The U620S Pop also offers up a Helio P70 chipset from MediaTek as well as 6GB of RAM, 128GB of storage, and a microSD card slot. A 3,200 mAh battery with USB-C is also included and there’s a fingerprint sensor in the power button.

The Energizer Ultimate U630S Pop, on the other hand, is a lower-specced model that offers a similar design. It has a less powerful Helio P22 chipset, 4GB of RAM and 64GB of storage. There’s a larger 3,500 mAh battery, but the display gets knocked down to a 6.2-inch HD+ panel. There’s also a rear fingerprint and dual cameras (16MP + 2MP) on the back. Both devices have the same front-facing cameras in the pop-out portion. There’s a dual-camera setup with a 16MP main sensor and a 2MP depth sensor.

All three of these devices share the same teardrop notch design, similar to what we’ve seen on the OnePlus 6T. That notch houses a 16MP selfie shooter, and on the back of each, there’s a 16MP + 2MP dual camera array. The U650S, U620S, and U570S will be available in October, June, and April respectively. Pricing and availability details haven’t been announced.