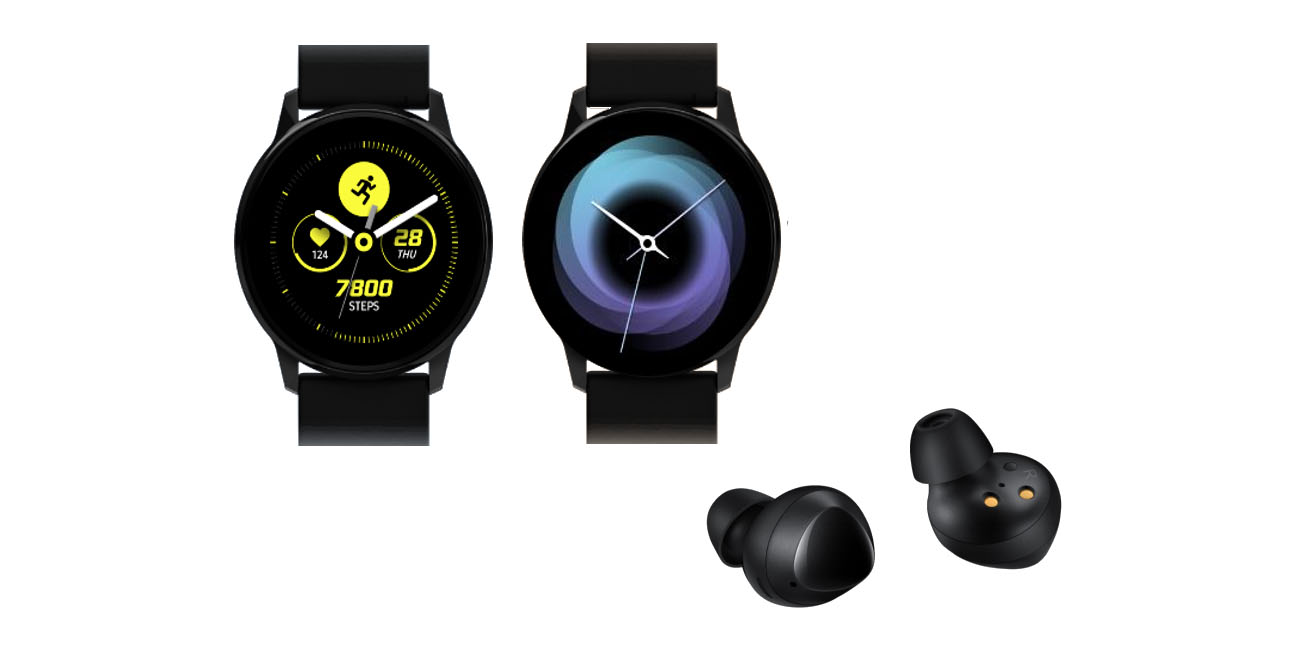 Courtesy of the folks over at SamMobile, the Samsung Galaxy Watch Active has been further leaked with our first look at the software running on the company’s new watch. As further confirmed in a report just yesterday, the Galaxy Watch Active is set to remove the company’s signature rotating bezel and with that, it was expected that the watch would deliver a major UI redesign.

However, it doesn’t seem that’s quite the case. Leaked images show that the overall interface shipping on the Samsung Galaxy Watch Active is going to be quite familiar, albeit with some notable One UI enhancements. There are several new and unique watchfaces, including one which heavily focuses on health data. That’s a pattern through the leaked images as well, with a redesigned Samsung Health app shown off with workout tracking and goals showcased.

Further, this leak reveals enhancements to currently available workout features. Apparently, the Galaxy Watch Active will include a feature to continuously monitor a user’s heart rate and notify them if it goes over a certain threshold while inactive for more than 10 minutes. Auto-detection will also reportedly work on more types of exercise.

In another leak, SamMobile also reveals a few new images of the Samsung Galaxy Buds. The company’s new wireless earbuds are essentially the same in design from the IconX from 2018, but with some notable changes to the spec sheet. For one, the battery in the earbuds themselves, as well as the charging case, is significantly smaller. As previously revealed, that’s due to the built-in wireless charging. The earbud goes to 58mAh from 82mAh while the case loses roughly 100mAh at 252mAh in total.

It’s unclear how the battery size will affect endurance, but the report also mentions that Samsung will be bundling the Buds with Galaxy S10 pre-orders in some regions. At a glance, it also seems like the charging case might be a bit smaller than what we saw on the IconX. Bluetooth 5.0, 8GB of storage, and IPx2 water resistance are all also included.