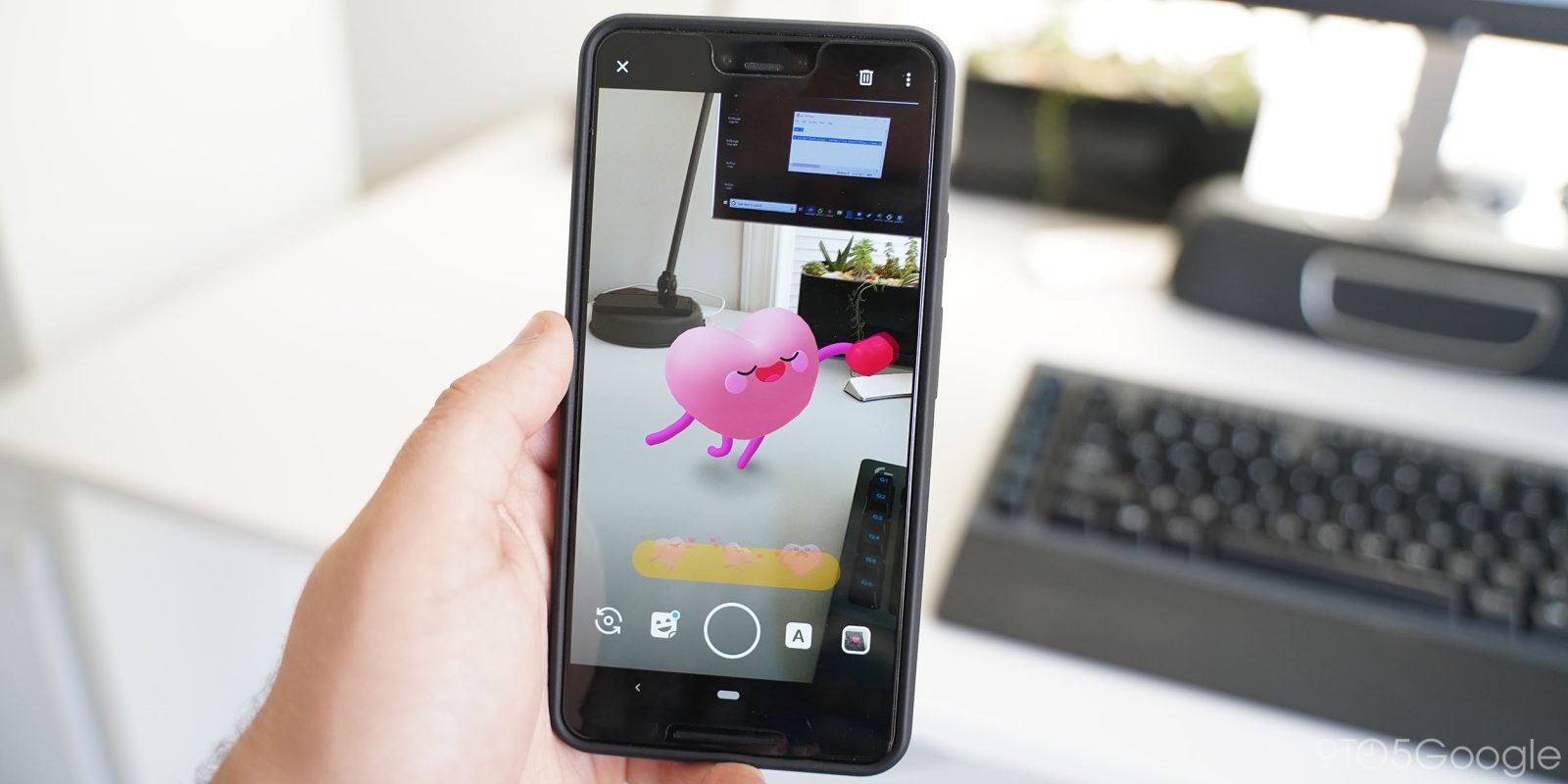 Playmoji made a big splash at the Grammys last weekend, and just today Google released a new “Love” pack for Valentine’s Day. Revamped alongside the Pixel 3 last year, these AR stickers might be coming to other Android devices this month.

According to Play Store release notes for the Moto Camera 2 app (via Android Police), AR Stickers “will be released through the Google Lens app in late February.” The moto z3 and z3 play are “already eligible,” but the company’s mid-range devices “do not have the necessary hardware” for the feature: moto g7 play, g6, g5s plus, x4, and motorola one.

AR Stickers. This will be released through the Google Lens app in late February. moto z3 and z3 play devices are already eligible. The moto g7 play, g6, g5s plus, x4, and motorola one do not have the necessary hardware for this feature. For further questions, please reach out to Google.

Google has yet to announce that Playmoji will be available on devices other than the Pixel lineup, with Motorola likely early to the reveal. The LG G7 ThinQ did gain AR Stickers last year, but the company also maintains its own form for other devices.

This expansion is not too surprising since Playground is its own independent app on the Play Store, while ARCore is the only other required service. Playground is available via the Google Camera app on the Pixel 3, but it might be accessible through Google Lens on other devices.

From what Motorola detailed today, it’s not clear whether the Playground interface will be directly added to Lens, but a more plausible scenario is a shortcut somewhere in the app as to not clutter the fast search experience.

Expanding this fun example of augmented reality to newer Android devices is a good move for Google, and could be a viral addition. However, it’s likely that Google will keep some Playmoji packs — Childish Gambino, Avengers, Star Wars, and Stranger Things — “Only on Pixel.”

Meanwhile, other users will likely be able to download other Google developed packs like Pets, Travel, Food, Winter, Signs, Sports, Weather, Blocks, and Text directly from the Play Store.