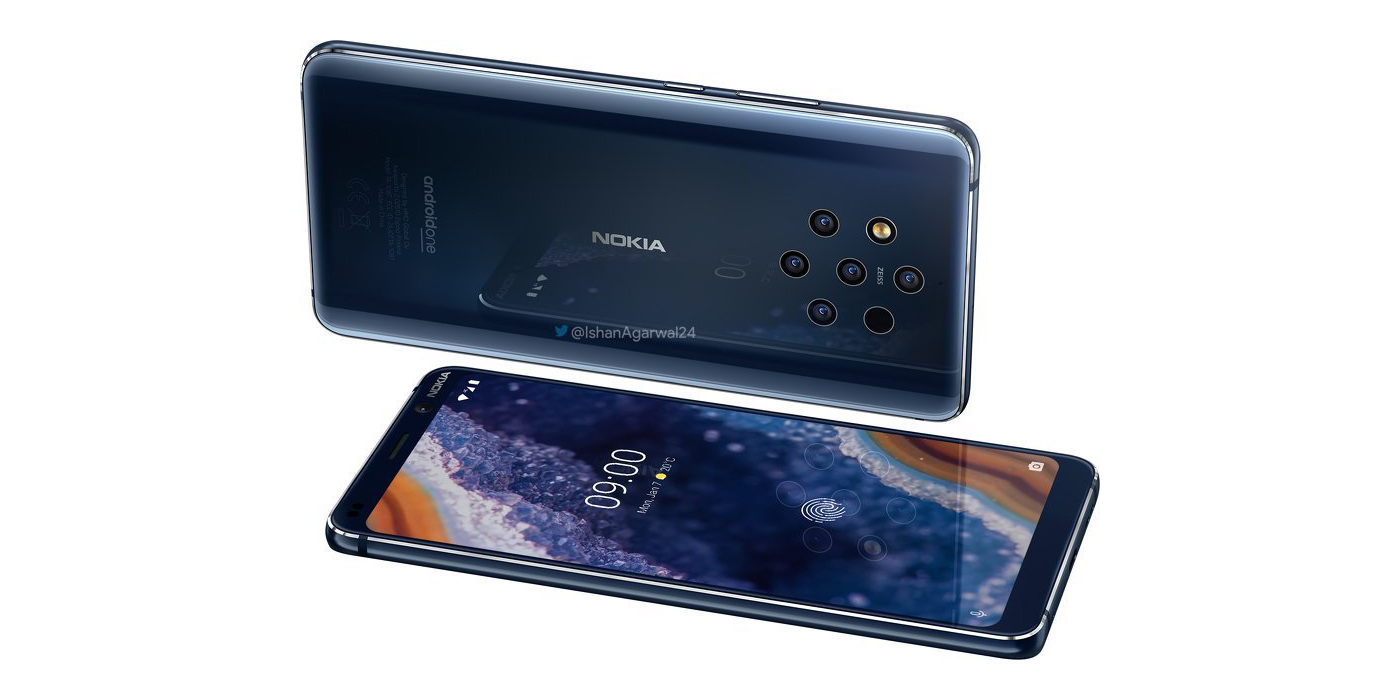 It’s been rumored for months now that Nokia is preparing to launch a phone with not two, not three, but a whopping five cameras on the back. Today, official-looking renders of the Nokia 9 PureView have just hit the web.

Courtesy of Ishan Agarwal, we’ve got our best look to date at the Nokia 9 PureView. These new renders offer up a fairly high-quality look at the device, all centering around that unique camera array.

With Zeiss at the center, there’s an array of 7 cut-outs on the rear of this device. There are five camera sensors, an LED flash, and what appears to be some sort of auto-focus or depth sensor on the right side. It’s still not clarified at all even in these high-quality renders, how these cameras will differ. Presumably, at least a couple will have different focal lengths, but we simply don’t know yet.

Further in these renders, we can see that Nokia seems to be using an in-display fingerprint sensor which resides a bit higher than we see on other devices using the tech. There’s also prominent Android One branding on the back of the device, something we’re always glad to see from the company.

Agarwal also mentions in his tweet that the Nokia 9 PureView will be launching at MWC alongside a few other models. Those include the Nokia 4.2, Nokia 3.2, and Nokia 1 Plus. 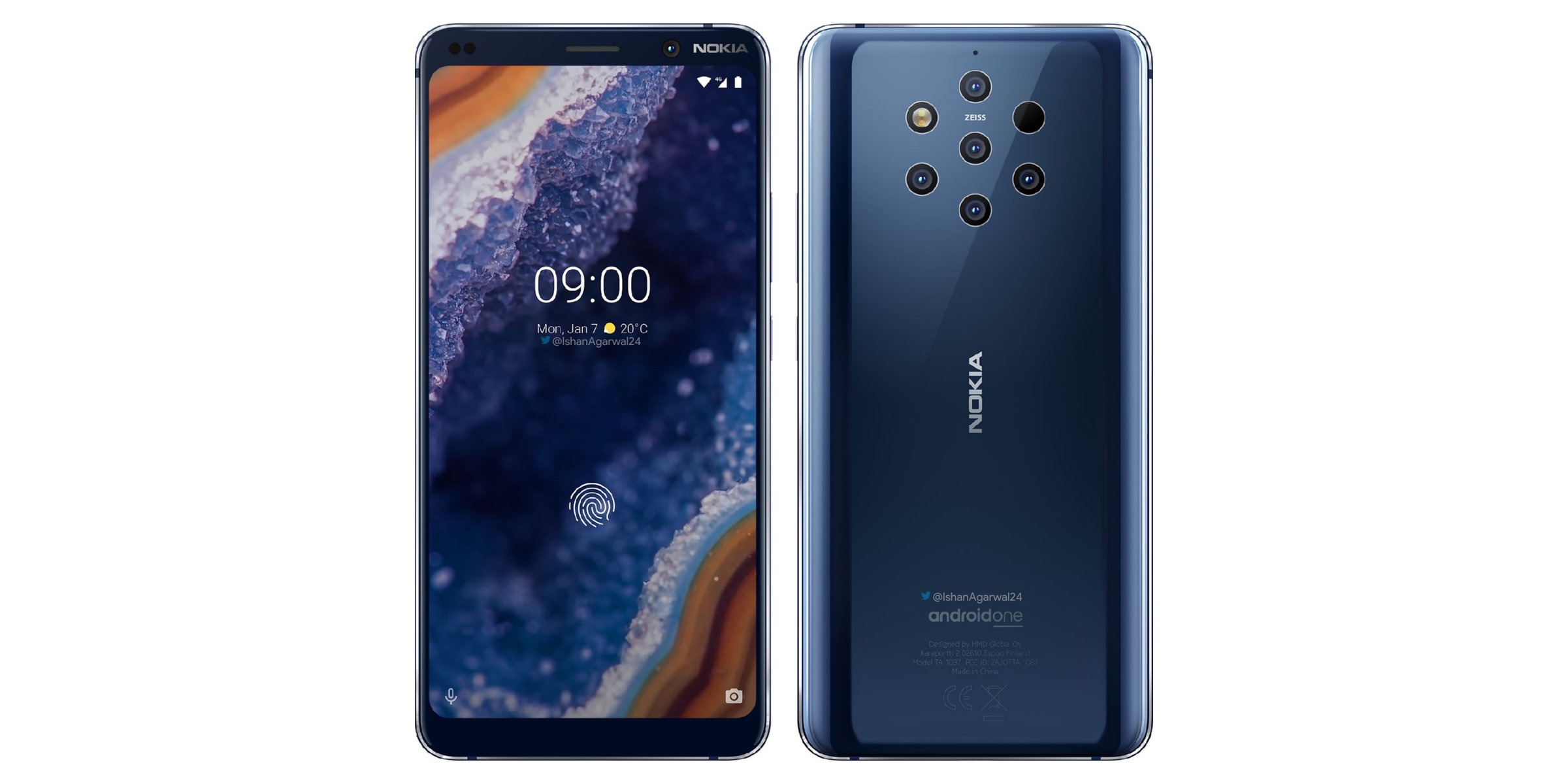 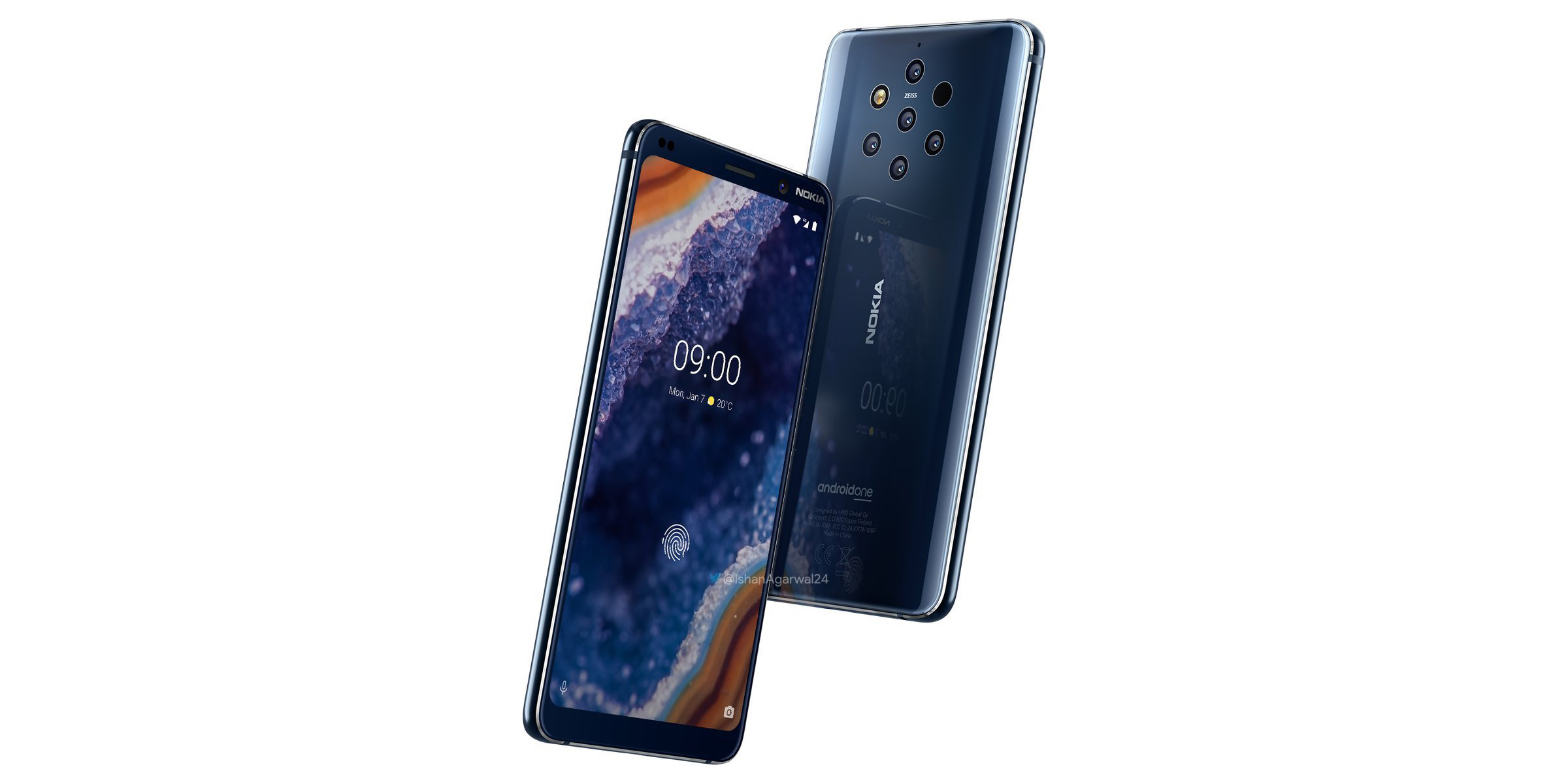